“What if I ‘Mess Up’?” Why Going Vegan is Not a Pledge of Perfection 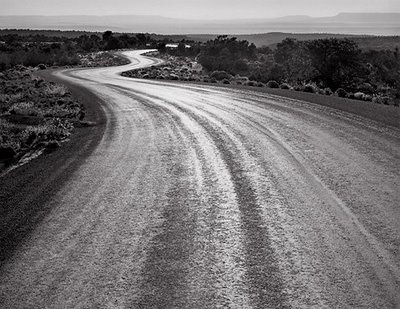 In my many conversations about veganism, I often hear something along the following lines: “I don’t really eat/crave/need animal products, but I’m not sure I could ever be a ‘perfect vegan.’ What if I mess up, or crave a non-vegan food”?

If this statement—or something akin to it—resonates with you, then let me tell you something that perhaps nobody else has: Of course you might mess up. In fact, you probably will. And that doesn’t mean you shouldn’t go vegan.

A way of living which excludes all forms of exploitation of, and cruelty to, the animal kingdom, and includes a reverence for life. It applies to the practice of living on the products of the plant kingdom to the exclusion of flesh, fish, fowl, eggs, honey, animal milk and its derivatives, and encourages the use of alternatives for all commodities derived wholly or in part from animals.

Another iteration of this pledge is this:

[Vegan lifestyles are] ways of living that seek to exclude, as far as is possible and practical, all forms of exploitation of animals for food, clothing or any other purpose.

What I like about these definitions are  their inherent gentleness. The language used here—“encourages,” “possible and practical”—indicates something important, which is that even the most passionate proponents of veganism are merely asking people to do their very best. Effort and intention is the point. Of course intention needs to be translated into action, but in my mind, it is the heart and soul of a vegan lifestyle.

Sooner or later, most vegans accidentally consume non-vegan food, or they encounter some sort of temptation, whether food or commodity. Whether or not these temptations get the better of us is less important than how we react to the experience: does one non-vegan choice feel so catastrophic to us that we give up, or or do we simply recognize that we struggled, forgive ourselves, and remain committed to making vegan choices as we go forward?

Suppose a person who is committed to veganism gives into the temptation to eat a non-vegan food (or use a non-vegan commodity). This person wakes up the next morning totally recommitted to veganism again, and continues striving to make compassionate choices. Another person is eating an entirely vegan diet, but doesn’t do so out of a sense of passion or conviction; is the first person any less of a vegan than the second one? I don’t think so.

Again, intentions matter. The spirit of veganism doesn’t only reside in how precisely you follow the diet. It resides in how deeply you care about what the lifestyle signifies–and this encompasses both food and other lifestyle choices, including personal care and attire.

What you may not realize if you’re only just learning about veganism is that all vegans—or at least, every vegan I know—has had some kind of “imperfect” moment. Unless you have superhuman diligence when it comes to examining ingredients and asking questions in restaurants, accidental slip ups are almost inevitable. I’ve specified in restaurants that I don’t consume any animal products explicitly, only to find out halfway through a meal that I’m eating something with butter on it.

Case in point: I spent an entire summer eating the bread at sweetgreen D.C. before I realized that it’s not vegan. This was certainly a teachable moment as far as restaurant dining goes—I often forget to ask about bread and pasta—but it didn’t feel like a big deal to me. As soon as I realized, I stopped ordering the bread. End of story. I was committed to making vegan choices beforehand, and I’m committed still. I’ve written more about the issue of accidental consumption of non-vegan foods in a post entitled “When Non-Vegan Foods Attack.”

What about the non-accidental moments? What if you’re at a party one night, and after a few glasses of champagne you find yourself eyeing the finger food and, before you know it, munching on a cheese cube? What then?

Same idea. Acknowledge that this was a moment of struggle, grant yourself some compassion, and move on. Wake up the next day and reaffirm the reasons why veganism matters to you; if it helps to read one of your favorite vegan websites or books, or to prepare a vegan meal, then do it. Remember that compassion, including self-compassion, is the essence of what it means to be vegan. Assure yourself that the longer you make vegan choices, the easier it becomes to make them consistently. It’s a process, but keeping your intentions and motivations alive will carry you through it, until the whole thing feels like second nature.

I’m not trying to suggest that vegans should grant themselves leeway to “cheat,” which is a word I don’t like when it comes to food, anyway. I’m just trying to give you the tools you need to deal with moments of temptation, and remain committed to veganism in spite of them. So many people who are right on the cusp of becoming vegan don’t do so because the concept of “perfection” scares them; I’m saying that “perfect” vegans are very few and far between. But the thing that unites all longtime vegans is that their commitment to the lifestyle has remained constant, even when they’ve come up against the reality of being human and living in a real, messy, non-vegan world.

If you’ve preemptively decided that there are certain non-vegan foods you intend to eat no matter what, then veganism clearly may not be appropriate for you at this moment. But if it’s your sincere desire to adopt a vegan lifestyle, and you fear that you may at some point hit a snag, then I’d gently encourage you to try. Can you imagine if we never took an exciting new job, just because we suspected that we might one day make a mistake? Or if we avoided relationships, simply because we knew that we might one day be tempted toward an infidelity? Or if we didn’t go to school, because we knew that certain subjects would prove difficult? If our desire to do these things is sincere, it’s not worth preemptively stopping ourselves because we know that the path won’t always be easy. And the longer we do things, the easier it becomes.

I’ll end by sharing a little story. This happened when I’d been eating vegan for about six months but hadn’t started calling myself vegan, because it all still felt a little bit like an experiment. One day, in spite of the fact that I hadn’t been missing dairy at all, I had a random craving for Greek yogurt. Not a particularly intense craving, but a craving nonetheless. And for whatever reason—perhaps because it was the first time in a while that I’d wanted a non-vegan food, perhaps because I wanted to see how I’d respond to it—I went out and bought a container of Fage.

I ate about three bites at the office before realizing two things: first, that yogurt was less appealing than I remembered, and that my memory of it had been embellished by the fact that I no longer ate it; and second, that animal foods no longer felt spiritually “right” to me. That was the last time I ever consciously purchased or consumed an animal food.

Looking back on this moment, I don’t remember it as a “lapse” in my veganism. I suppose that, technically speaking, my evolution as a vegan began after the yogurt incident—I wouldn’t mind defining it as such—but I actually see what happened as a defining moment for me as a vegan: it was the moment in which my commitment to the lifestyle was solidified. It was the moment in which I realized that certain things I used to eat all the time were no longer a fit for my life and didn’t feed my spirit in the way they once had. That day, I realized that ethical veganism was not a passing fancy or an experiment; it had become a part of my identity.

This moment of temptation “messing up” was actually crucial in helping me to clarify my motivations and intentions. People often respond to  vegan “slip ups” with either guilt or defensiveness and rejection of veganism (I felt tempted, therefore veganism can’t be right for me). Instead, you can use these as teachable moments, in which you learn to refine and think consciously about your lifestyle choices. Going vegan doesn’t mean you’re pledging not to have these moments; you’re simply pledging to keep your heart open to veganism in spite of them.

So, if you’re curious about veganism, but have shied away because you fear “messing up,” don’t. Remember that most vegans experience temptation or miss things they used to eat; this doesn’t make you a “bad” vegan. It can be an opportunity to check in with foods you need to spend more time creatively replacing in your diet; for me, cravings for dairy or egg usually become an excuse to try cool new vegan products.

Long-term intentions matter most. Don’t count on making exceptions to your veganism, but don’t avoid the lifestyle all together because you have a little self-doubt. You’ll never know until you try. And, to bring it back to the Vegan Society’s definition, trying—or “seeking,” to use their more poetic word—is what it’s all about.

I’d love to hear from vegans about the moments in which they’ve felt challenged, and how they moved on. And I’d love for those who are considering dietary changes to tell us whether this gives you any peace of mind! Your words are always welcome.

Have a great night, friends.