Happy Saturday! Hope you’re all staying warm and settling easily back into the swing of things after the winter holidays. I had a busy back-to-work week and am looking to catch up on cooking, blog brainstorming, and menu planning for the week ahead this weekend. Here are some of the recipes and images that have been inspiring me. 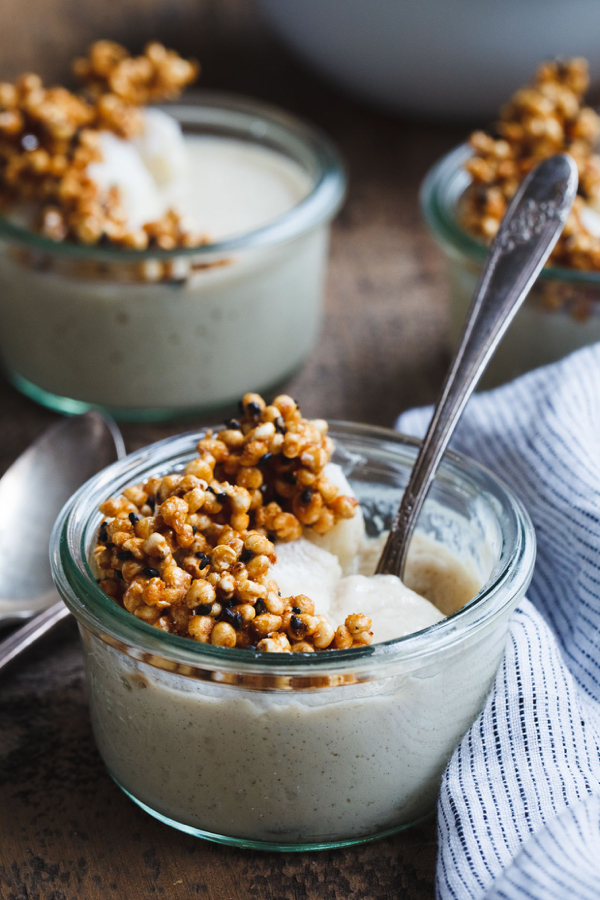 A little something sweet from Sarah of Snixy Kitchen: Ginger Tofu Pudding with Soy Milk Mochi and Kinako Black Sesame Puffed Millet Crumble. It’s a mouthful, but what a delicious, creamy, crunchy, and delicious mouthful it looks to be! Can’t wait to try the pudding. 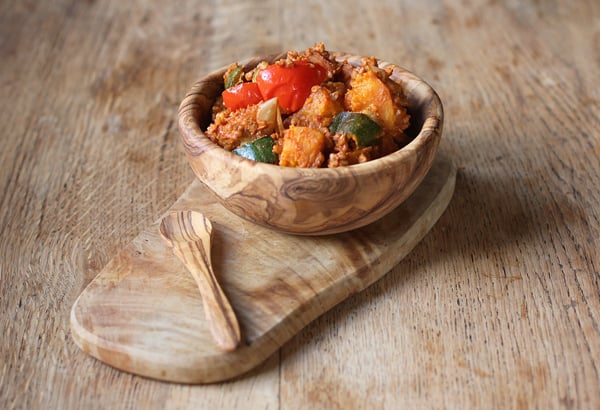 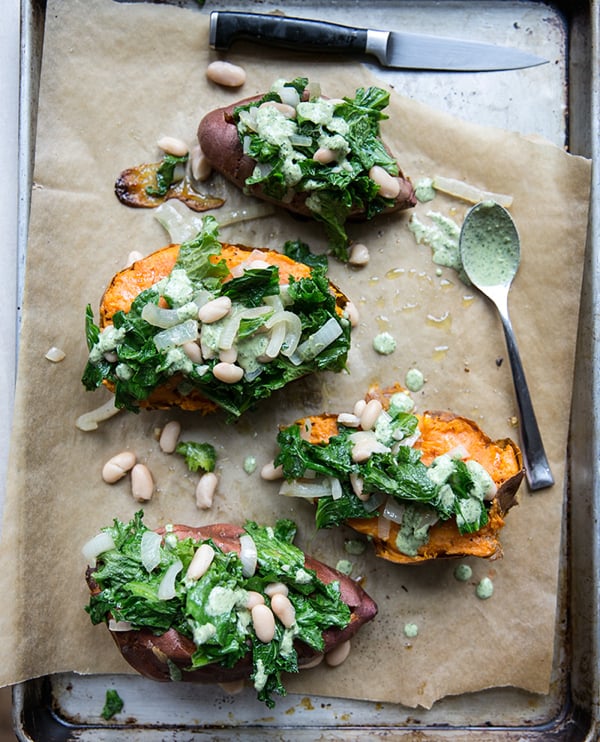 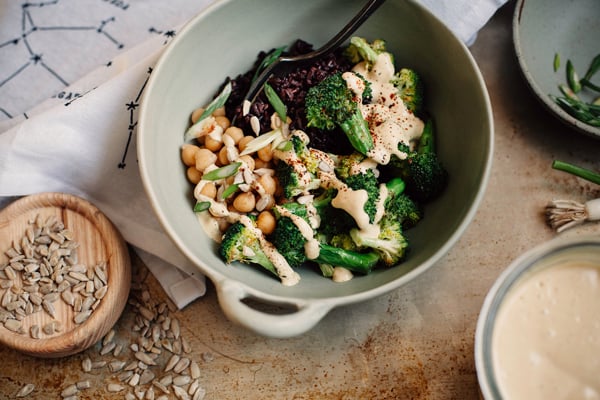 All it takes to get my attention are the words “vegan special sauce.” Laura’s savory, spicy blend is perfect for all of your grain bowls, salads, tacos, and more. 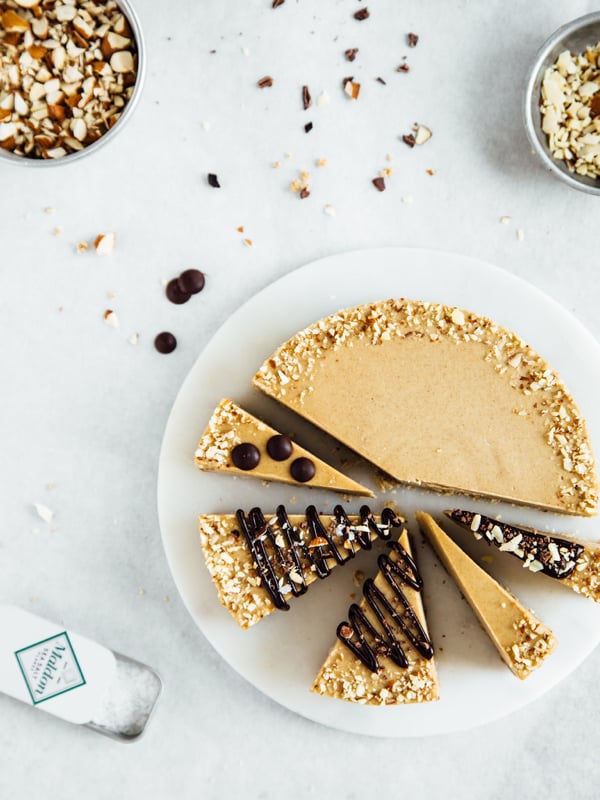 Ashlae’s desserts never fail to impress, and this delectable Almost Raw Crunchy Caramel Slice is no exception. I love the little dusting of maldon and the chocolate drizzle. Droolworthy!

1. First, an unconventional piece of science and biology journalism that I thought was pretty remarkable: Rebecca Gigg’s “Whale Fall,” published in Granta, which describes the experience of observing a beached humpback as it dies. The article explains how toxins and pollutants created by our industrial processes accumulate in whale blubber, often sickening and killing them (the same process is also happening with starfish, some of whom seem to melt as they decline).

To some degree, the article is a work of traditional narrative science journalism, but the essay also offers a personal, thoughtful, and deeply troubled reaction to the encounter with the whale, and it’s worth reading for its depth of feeling. I particularly like Giggs’ musings on how we are essentially de-wilding the safe oceanic habitations of whales:

“In the weeks that followed the beaching I found myself preoccupied with an unhappy idea. Our feelings about the dying whale, what it signified and how to save it, might have been misplaced. Chiefly what we talked about, when we talked about whales, was how we’d learned to leave them in the sea, to stop taking them from the wild. This was a self-satisfied story to tell in Australia, a story that was as much about our human capacity for benevolence and awe as it was about the resilience of other species. But what if we were now taking the wildness out of the whale? If deep inside whales the indelible imprint of humans could be found, could we go on recounting the myth of their remarkable otherness, their strange, wondrous and vast animalian world? It struck me that the green dream, lethal and serene, might have been ours after all.”

2. I was struck by this hard-hitting and powerful essay from Brooke Borel, who discusses problems and pressures in science journalism today. Her main point is that science journalists are often expected to adopt the “positive profiles of politicians” — never questioning the work of the scientists whom they’ve been assigned to investigate or profile. And when they do question it, they run the risk of being accused of an “anti-science” posture. Part of the problem, she says, “is a continued misunderstanding of what science journalism is, and how it differs from other forms of science communication.”

Borel argues her point well, noting that journalists have a duty to present the realities of scientific research in all of their complexity:

“Science journalists may write about science, but it’s also our job to look beyond wonders, hypotheses and data. It is to look at the people doing the science and whether they have conflicts of interest, or trace where their money is coming from. It is to look at power structures, to see who is included in the work and who is excluded or marginalized, whether because of gender or race or any other identity.”

Science journalists play an important role in relaying the sometimes jargon-laden and complex findings of scientists to readers like me, who benefit from the presence and perspective of an objective interlocutor. I agree with Borel that this objectivity should be preserved, and I was struck by her conclusion that,

“Science journalists are not science advocates. And scientists aren’t science. When we confuse one for the other, it’s not just an innocent matter of semantics – it’s a great disservice both to readers and to science.”

3. I admired this article in the National Journal about a black-white sleep gap, and I think it’s an important read for anyone who is interested in public health. The article demonstrates that on average black people get about an hour less sleep per night than whites. Notably, this discrepancy continues even when researchers adjust for economic factors and income. Serious health implications stem from this gap. The author, Brian Resnick, argues:

“…[E]vid­ence from mo­lecu­lar bio­logy, epi­demi­ology, and psy­cho­logy points to the idea that poor sleep is a risk factor for heart dis­ease, dia­betes, and obesity—which are all ail­ments that dis­pro­por­tion­ately af­fect black com­munit­ies. In Amer­ica, blacks are 33 per­cent more likely to die from heart dis­ease than the pop­u­la­tion at large, 1.7 times more likely to have dia­betes, and 1.5 times more likely to be obese. For every 100,000 blacks, it’s es­tim­ated that heart dis­ease takes away 1,691.1 years of po­ten­tial life in a giv­en year. For whites, that fig­ure is 900.9 years.

Hopefully increased investigation into the sleep gap can help researchers to create more public consciousness about the issue. For now, I think the article rightly portrays this phenomenon as lying at an intersection of public health and racial justice.

4. Another powerful work of science journalism, this time on the topic of schizophrenia and its treatment in the U.S.. The author, Jonathan Cohn, argues that early intervention in the lives of schizophrenics has demonstrated remarkable success in other countries, like Australia. Here in America, intervention often comes too late, by which point schizophrenia has progressed to a degree that makes self-sufficiency, professional opportunities, and social integration more difficult. Cohn touches on why postures and attitudes about mental illness in our culture and health care system at large make early treatment a challenge:

“Too many people, including some mental health professionals, think of psychiatric disease as something fundamentally different from physical disease. And yet the more we learn about mental illness, the less meaningful that distinction appears. McGorry [an Australian researcher] now believes that the model of screening, preventative care and aggressive early treatment could be used to reduce the incidence not only of schizophrenia, but of other mental illnesses like depression and bipolar disease.”

An important read, and yet more evidence that we need to start giving mental illness the same attention and strategic, early intervention that we often reserve for predominantly physical illnesses.

5. And finally, we end on a light note: a fun article about taste, including 12 fun facts you might not know (such as the fact that tastes can be genetically determined, or the fact that sweeter foods create stronger food memories).

And that’s it for this Saturday, friends. Enjoy all of the reads. Coming up this week, a Monday menu plan, a delicious (and easy) go-to tempeh recipe, and on Thursday, a new product review and tasty vegan pasta dinner recipe. Hope to see you soon!

Happy Sunday! I hope you’ve all enjoyed nice weekends. I’ve been reveling in the autumnal weather; I’m so happy that my favorite season is here. To celebrate, here’s a mixture of delectable late summer and early fall food links, most of them of the breakfast variety. Because what’s better than a cozy breakfast on a cool morning? Nothing, I say. Warm with a bowl of creamy coconut millet porridge. This looks absolutely delightful. …and if you’re not quite ready for porridge, you can savor…