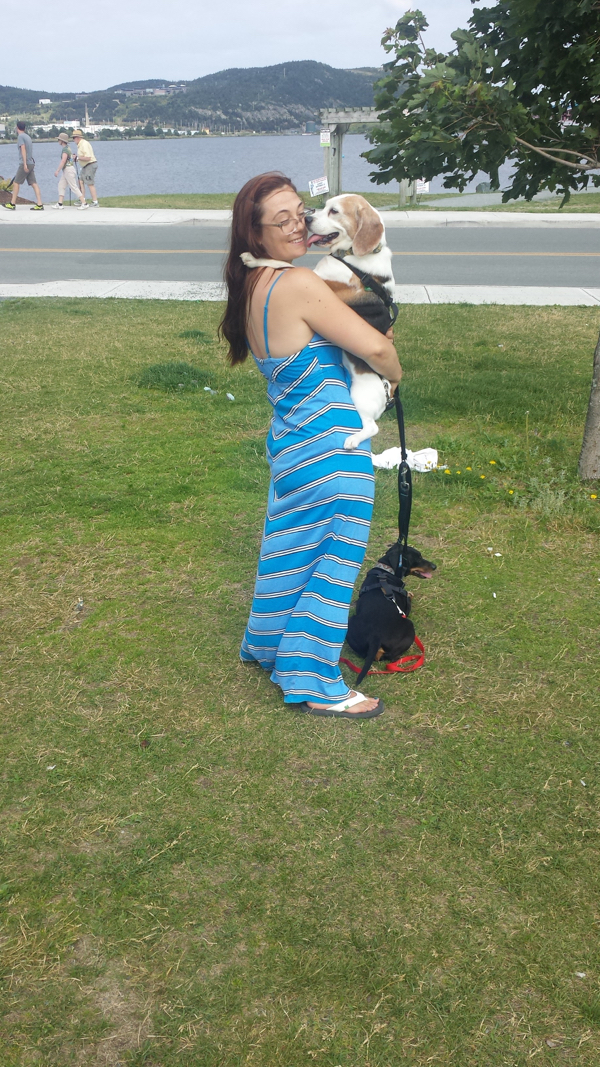 Happy Friday, everyone. This feels to me as though it was the first real week of September, and it was a hectic one at that, so I’m happy that the weekend is here. And I can’t think of a more wonderful way to wrap up the week than to share a new Green Recovery story.

I love the story behind this story almost as much as I love the story itself! The author, Alison, found Choosing Raw, and particularly the green recovery section, and was so inspired that she put her own story on paper that very same night. Like many people who submit stories for the series, she struggled with feelings of self doubt, including “what’s so special about me that people would want to read?”

I assured her that her bravery in speaking up about her struggle, her honesty in addressing all of the nuances of her ED, her commitment to a compassionate lifestyle, and her generosity of spirit in wanting to offer up her own experience as a source of comfort/inspiration for others, is very special indeed. I know you’ll all agree. Here’s Alison’s Green Recovery narrative. 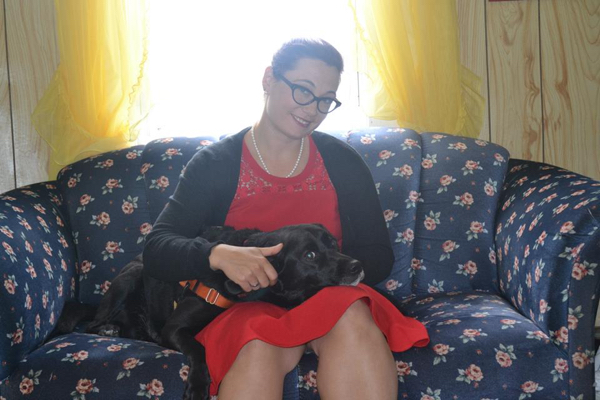 Thank you so much, Gena, for creating this blog. This is the blog that I have been waiting for and feel like I’ve finally come home. To begin: I am not a food blogger, nutritionist, or mental health worker. I have wanted to be a health care worker my whole life and that’s where my path has taken me. I have somewhat segregated my struggles with food from the rest of my life.

My ED background primarily comes from my teenage years as an elite figure skater in Canada (for reference sake, I am 35). I competed in pairs skating in specific, which is very similar to gymnastics in the sense that we were weighed weekly, our fat tests were posted on a bulletin board for all to see (with the tests that were over ideal highlighted), and generally, all the girls were concerned about their weight. I cannot label my ED as I struggle to even call it that because there were only a few times when I was severely restricting myself or underweight. I started counting calories when I was 14 and at 17 I severely restricted my food intake so I would be allowed to compete. When I quit, suddenly, I lost control and all the deprivation backfired. I binged, I purged, I ballooned and became depressed, as I felt, like many others, that I had nothing that made me special anymore – skating was who I was.

Since then I have pretty much engaged in everything under the sun. Binging, purging, self-harm, substance abuse, compulsive eating, over-exercising, secretive eating (I also had a psychotic episode but that’s another story), you name it, I have probably tried it. I had been vegetarian from the time I was 13, mostly because I didn’t like the pork chops and sausages my mother would make. I carried this on for 20 odd years and it was never difficult but I always said I could never go vegan. To me (and the medical recovery model), veganism was always about restriction and what I couldn’t eat.

Fast forward to my late twenties, when, after a great deal of counseling, a mindfulness based cognitive therapy program, and support groups at Sheena’s Place in Toronto, I gained a great deal of self-confidence, independence, and positive coping strategies that allowed me to stop the self-harm and purging. The only problem was….I still didn’t know how to eat….My weight would fluctuate by up to 40 pounds from year to year as cycled through wardrobes. I didn’t know how to live “in the middle”. There was no balance. Every time I started trying to “eat healthy” or “give up dieting” I said I was sick and tired of the struggle and that this was the last time. Only to be foiled 8-12 months down the road by restriction or rampant junk food consumption. I tried weight watchers and fell into restriction again, never consuming the minimum number of points. Then I gained the weight back.

One thing that I did adopt during this time was yoga. I stopped exercising to burn calories (which I would inevitably give up when my diet went out of whack) and went to yoga for the sole reason that “I felt good afterward”. It also fit well with the mindfulness skills that had helped me cope with self-destructive urges and thoughts. Then, this Christmas, I decided I wanted a healthy cookbook for Christmas. I wanted to stop inventing a recipe with whatever was in the fridge (which never turned out well – hence my surfing blogs and not writing them) and have someone give me an idea and tell me what to do. Concurrently, I went to a New Years Yoga class (ending at midnight in Savansana) where we each wrote down an intention (NOT a resolution) for the year. I trust that most of you will understand the difference between the two. My intention was to eat mindfully. I still have the tag hanging from my cupboard reminding me every day to do this.

When I went to pick out a recipe from the cookbook I got for Christmas, I was surprised to find out it was a vegan cookbook. This is how I became an accidental vegan and learned to eat. I started by cooking from the book every night for dinner. The meals were delicious! I was shocked that I didn’t feel like I was “missing out” on anything. Then lunches came from the book. Then I bought another cookbook. I read up more on factory farming, I watched documentaries like “Vegucated”. I bought and read The Kind Diet and Crazy Sexy Diet. More and more I was reminded that veganism is not just healthy, it is ethically conscious. It is not about restriction, it is about nourishment. I still feel disconnected from the idea I am not contributing to factory farming by being vegan, but every once in a while I see a graphic photo and am snapped to attention.

I did not become plant based overnight. I gradually transitioned, leaving for last the canned evaporated milk in my coffee (a cultural tradition here in Newfoundland). Since then, my entire relationship with food has changed. I eat when I’m hungry. I don’t gorge myself anymore. I contemplate what, and how much I want to eat instead of reacting. I still overeat sometimes, but I have come to accept that this is normal, and that to think otherwise is just another form of perfectionism. When I slip up, by eating an animal product (usually the omni cookie dough that I’m making for my partner) or allow myself some processed vegan food, I don’t dwell on it. I feel guilty for a flicker, and then I tell myself to just be mindful of that choice in the coming days.

Suddenly, I have become a foodie. I love cooking and post my food photos on social media. Arguably most significant, my food *finally* satisfies me in a way that it never has before. 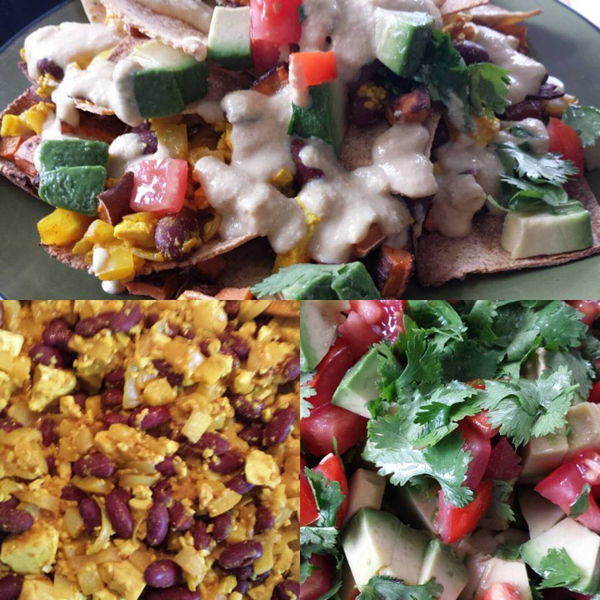 I don’t have that feeling of trying to eat now, because tomorrow I won’t be allowed. I admit that in the beginning, part of me wanted to transition because “if I’m vegan and eat healthy no one will judge me for being fat” but now I truly make the choices I make for myself and not for anyone else. This is not to say that I am there yet. I still weigh myself once a month (although the scale is hidden away to avoid anxiety and temptation to compulsively weigh myself) and I am adamant about not including oil in my diet (I am not sure yet if this is for healthy reasons or unhealthy, but I accept that it’s the choice I have made for the time being and it may change in the future).

I can truly say though, that transitioning to a vegan diet has been every bit as essential to my recovery as countless private therapy sessions. Since learning how to eat (literally, that’s what I feel I have gained), I realize how effortless eating can be and how much time and energy I spent trying to eat “normally” in the past. I feel free and unencumbered. I am so grateful to have found this amazing blog (I found it tonight, believe it or not, I only wish I had discovered it 12 months ago) because I had no idea so many other people had a similar experience. Sifting through it feels like reading your favourite novel or meeting a kindred spirit, like you finally feel understood.

First of all, I am so moved by Alison’s sentiment that she feels as though connecting with others through Green Recovery is a homecoming of sorts, a shared experience: that’s exactly what I’ve always wanted these stories to foster!

I’m also so appreciative of her honesty and self-awareness. I like that she can admit to having occasional rough days with food, to continuing to cling to certain restrictions in her diet even if she’s not 100% what’s driving her. That demonstrates the truth of recovery, which is that it’s full of nuance and questions and moments of complexity. It’s not a clean “before and after.” What matters is that one can continue to bring a reflective attitude toward the act of eating and self-care, and be unafraid to ask tough questions from time to time.

Finally, I was practically cheering when I read Alison’s description of the freedom that veganism has given her: “…my entire relationship with food has changed. I eat when I’m hungry. I don’t gorge myself anymore. I contemplate what, and how much I want to eat instead of reacting. I still overeat sometimes, but I have come to accept that this is normal, and that to think otherwise is just another form of perfectionism.” These are such wise words, and they capture perfectly what it means to let go of food obsession and self-loathing.

Alison, I’m celebrating your wonderful strides forward in recovery! Thanks for sharing with all of us today. Readers, I hope you’ll chime in with your responses and reactions to Alison’s words, and that those of you who are struggling will take hope in her story.

And I wish everyone a great weekend. See you on Sunday for weekend reading.