Question of the Week: To Blend or To Juice? 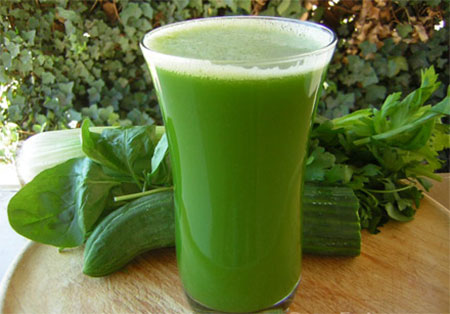 I hope, first of all, that you’ve had excellent weekends. It’s finally sunny in NYC; who knows if it’ll last, but I’m grateful while it’s here.

I’m so glad that the blended salad post was a hit! I hope to see some of the recipes in circulation soon 🙂 The post led to an interesting question from my pal Diana, who asked:

“. . . you know how the juice stand at Coffee Shop has like a bajillion combos listed all over it? Most of the veggie ones are just listed under juice as opposed to the smoothie list, which is fruit heavy. It occurred to me that a smoothie of any of the juice combos might be tasty too – do you think the health benefits differ much between a juice vs. a smoothie made of the same things? (No added froyo or whatever.)”

This brought me back to a reader question from a few weeks ago, which read:

“I’ve been doing some research, and found that a lot of people feel that blending is superior to juicing. They point out that juicing removes the healthy fiber from the produce, which helps regulate blood sugar as the sugar from the fruits and veggies hits your system. They admit that for people with more severe digestive issues might benefit from this, but for everyone with normal digestion, blending might actually be superior . . .

On the other side, people argue that juicing allows the vitamins and other nutrients from the produce to go directly into the bloodstream without any work on the part of your digestive system. However, as I mentioned above, the anti-juicing people say this is actually a negative because the sugar in the fruits and veggies can cause a spike in blood sugar . . . This leaves me totally confused!”

The short answer here is that I don’t think that this is a contest, or a debate. Blending and juicing are both beneficial in different ways.

The purpose of juicing is to extract as much nutrition from vegetables as possible without activating digestion; that is, you’re enjoying a flood of nutrition without fiber. Isn’t fiber good for us, you’re thinking? Yes it is, and if you’re eating a plant-based diet, you’re getting plenty of it! Juicing enthusiasts don’t argue that fiber is harmful; they simply think that there are times when it’s desirable to get a rich flood of nutrition without the fiber. For example, people with very sensitive digestive systems often find it a relief to be able to snack on what is the equivalent of several cups of vegetables without having to stress about whether or not the high fiber content will be irritating.

The second way in which juicing and blending differ is volume. Unless you’ve got a tremendous appetite, you can’t eat all the produce that goes into a single serving of veggie juice several times a day! An average juice (for me) includes an apple, five large kale leaves, 1/2 a bunch of parsley, a large cucumber, eight large stalks of celery, and a knob of ginger. Or it might involve eight carrots, a beet, 1/2 a bunch of kale, an apple, a head of romaine, and eight stalks of celery. Get the idea? I could never devour that many veggies all at once, but I can juice them. Blending them would still allow me to consume a lot of vegetables more easily, but it wouldn’t be quite as efficient as juicing.

As you can see from my last post, I love blended salads, and consume them often. And now that summer’s here, you can bet I’m looking forward to plenty of fruit smoothies and coconut shakes, too! But they’re a different entity entirely from juice; I enjoy them both, and look to them for different reasons.

As for the blood sugar spike, that’s a reasonable concern. Juice that’s all apple or all carrot will give you a sugar rush or make you lightheaded: this is why it’s important to mix beets, carrots, and apples with a less sweet vegetables and greens. But properly made, juice should be high enough in celery, cucumber, greens, lemon, and other veggies to outweigh the sugar in apples or carrots (sugars that are, by the way, are perfectly suitable in reasonable amounts). And of course, I do not recommend juicing as meal replacement, which is where the real danger of blood sugar elevation lies.

If you have diabetes or a blood sugar imbalance you’ll want to speak with your doctor before you begin juicing frequently.

Bottom line? To compare blending and juicing is a bit like trying to evaluate the relative merits of yoga and marathon running. They’re comparable in that they’re both a form of exercise, but that’s pretty much where the comparison ends; juicing and blending are both a form of nutritional intake, but they’re as different as can be.

On that note, have a terrific Sunday evening! See you back here soon.