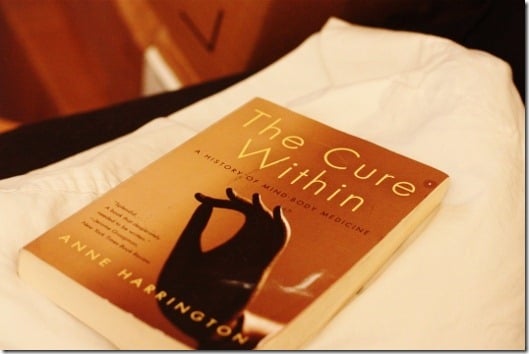 If you ever decide to work in book publishing, you’ll be asked in your very first job interview (and all the ones that follow) to write a “reader’s report” on a non-fiction proposal or a novel. What the editor you’re hoping to work for is trying to do is figure out what kind of reader you are. Are you sensitive? Astute? How are your analytical skills? Do you have good sense of structure and pace? Are you a careful reader, and do you catch mistakes easily? How good are you at summarizing the essence of something you’ve read? Reader’s reports, in which you sum up succinctly the book you’ve read and discuss its merits for a little while, are designed to test you on those fronts.

I’m glad that I’ll never ever have to write a reader’s report again. But when I quit publishing, I did promise to share more with you about my reading list and what rises to the top. Oddly, I don’t tend to talk much about books when I’m out in the world: I think this is because I know that my tastes are very particular, and that they were heavily shaped by exposure to the industry itself. But I have gone through a tear of books about medicine lately, for obvious reason, and I’m fairly sure that you all would take great interest in them. The first I’d like to mention is Anne Harrington’s THE CURE WITHIN: A History of Mind-Body Medicine, which I finished a few weeks ago.

One of the oddities of my new endeavor in life is that I’m coming into the world of medical education and training having already spent quite some time around people who were suffering from various ailments. In my counseling work and in the many emails I get because of my blog, I hear often about mysterious digestive ailments, autoimmune diseases, allergies, psychological conditions, and endocrine disorders. Clearly, I’m not a doctor (yet), and I’ve never had the training or capacity to work with those who are very sick. I have, though listened carefully to their stories, hoping that I might learn from them, and hoping that I’ll one day be able to do more for people who are suffering.

Anne Harrington is fascinated by stories, too; namely the stories of the many men and women whose symptoms and conditions defy a conventional medical explanation. She uses stories and narratives (the difference, she says, is that stories are individual, whereas narratives are templates) to illustrate the idea that, while we can’t simply make up our own bodies, “the body is a genuinely mindful entity,” and so our bodies “listen” not only to emotions and experiences, but also to social and cultural norms. The power of mind-body medicine is its acknowledgment of the fact that, while our bodies are susceptible to microbes and viruses and cell mutations, suffering and healing are also informed by feelings, anxieties, and the societies in which we live.

Harrington moves through the history of what we call mind-body medicine (an imperfect term, maybe, but useful for the purposes of this book) from its origins in Viennese psychoanalysis to its stronghold in post-WWII America, it’s collapse in the 1970s, and it’s rejuvenation in our own era. Today, it’s not at all unusual for a savvy and educated person to seek out acupuncture or hypnotherapy for a medical condition (such as PCOS, depression, or IBS), but this wasn’t always the case, and Harrington maps out quite skillfully the history of mind-body medicine’s ascension to mainstream acceptance.

One of the book’s strengths is Harrington’s background: she’s a chair of the history of science at Harvard and has done extensive work on placebo effects over the course of her careers. The placebo effect happens to be of great interest to me, because I think that one tends to see its effects writ large in the world of nutritional counseling. One can’t get interested in nutrition without realizing that changes in diet yield enormous and profound changes in overall health. The complicated thing here is that, once we see the effect that diet has on the way we feel, it’s easy for us to overemphasize or even imagine connections between what we’re eating and how we’re feeling.

I’ll use myself as a case in point: a year or two after I started eating raw, I wondered why my digestion wasn’t yet as strong as I wanted it to be. I read up on food combining, and it sounded so unbelievably intuitive to me: I tried it, and it seemed to work wonders. I was fanatical about it, until I started taking college level biology and nutrition classes, and realized that science simply isn’t in favor of food combining (namely, hydrochloric acid churns everything we eat into a giant bolus of digesting food; the idea that certain foods “wait” behind certain others, or that fruit can “ferment” in such a highly acidic environment, isn’t possible). Never one to cling to an idea simply out of habit, or to avoid admitting I’m wrong, I stopped combining to see what happened.

Nothing happened. My digestion was every bit as strong as it was before. Gradually I stopped the practice, and I took information about it off my blog (even though I’m still 100% happy to discuss it with clients or those who are interested in doing it). Do I regret having experimented with combining for a while? No. The truth is that I had a long history of digestive suffering, and at the time I read up on food combining I needed to believe that there was something—anything—that I hadn’t yet tried that would really work. Food combining gave me that hope, and I think it also gave me relief from the stress that really was injuring my digestion. (Today, I credit stress management with helping me to heal.)

So you see, even treatments that aren’t grounded in biological fact can nevertheless work: food combining was most powerful to me as a placebo, I think, but that doesn’t mean that it didn’t actually yield great results. It just didn’t yield them exactly the way I thought it would.

(As an aside: I do think that there’s a basic logic to food combining: most people feel lousy after they eat really complicated combinations of food, and better with simple ones. And there are really strong reports of better health through combining, so my advice to you all is to experiment, read, research, and make up your own minds. I’m merely relaying the facts as I see them—which does, as you can see, leave quite a bit of room to acknowledge the value of food combining as a practice, if it happens to speak to you.)

It’s precisely these kinds of stories that Harrington unearths, except she selects cases that are more dramatic: the man whose tumors would shrink miraculously when a placebo drug was administered (even though it was mere water), for instance. Her goal is to talk about why and how such phenomena occur, all the while demonstrating the very real and very potent effect of the mind on the body. If you’re at all interested in medicine that reaches beyond the normal boundaries of allopathic treatment, and even if you’re not, I recommend this book. In the end, my only criticism is that Harrington’s many stories don’t always cohere into an argument. But that’s one small criticism for an otherwise worthy and illuminating read.

What do you guys think of placebos when it comes to food and medicine? Have you ever stopped eating something and felt better, only to realize later on that the food itself was less to blame for discomfort than you had thought? What are your thoughts on the mind-body connection? I’d love to know!