Hope everyone had a lovely weekend. Thank you so much for the kind words on Steven’s guest post Thursday; he and I were both really touched by all of the positive responses. I’m excited for him to be a CR guest blogger a little more often.

And now, weekend reading, starting with some delicious and seasonal vegan eats: 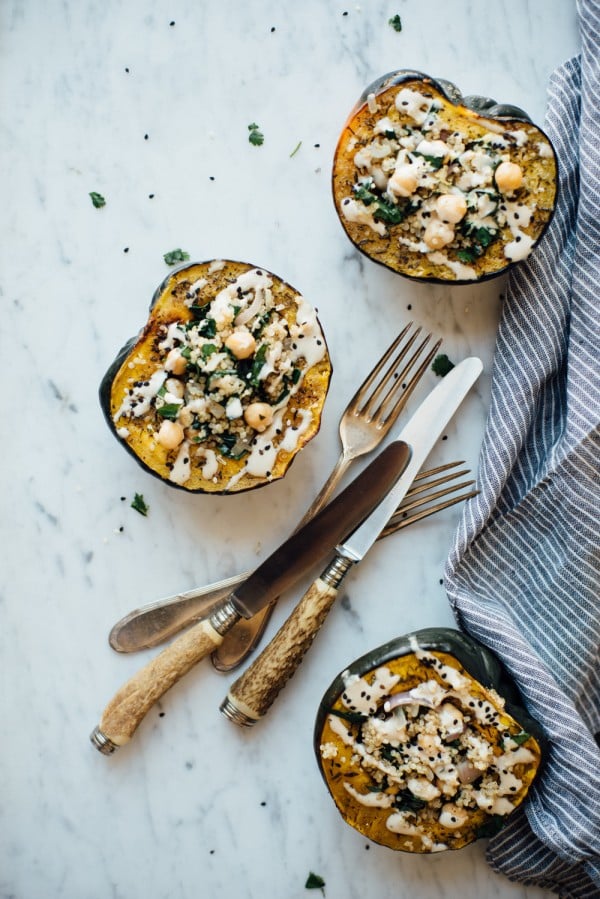 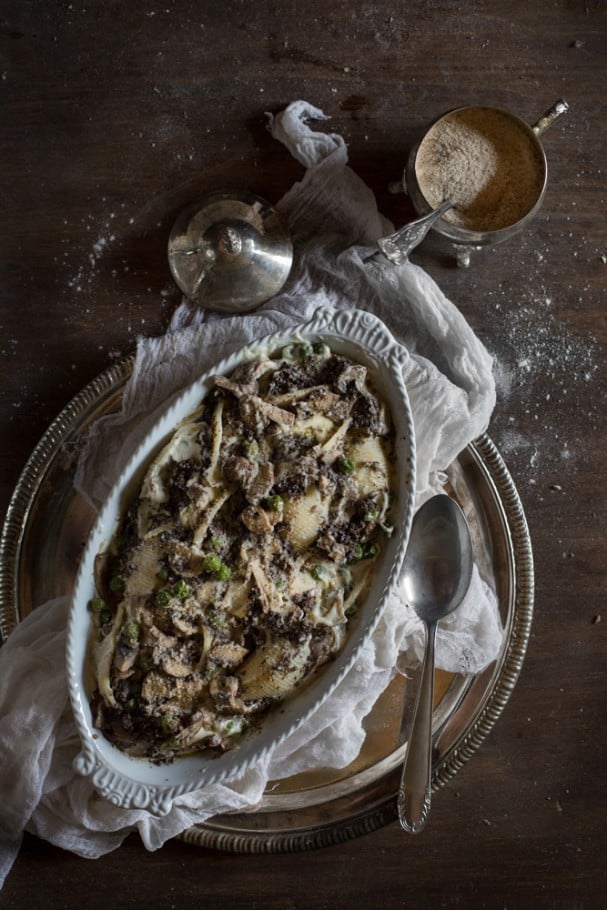 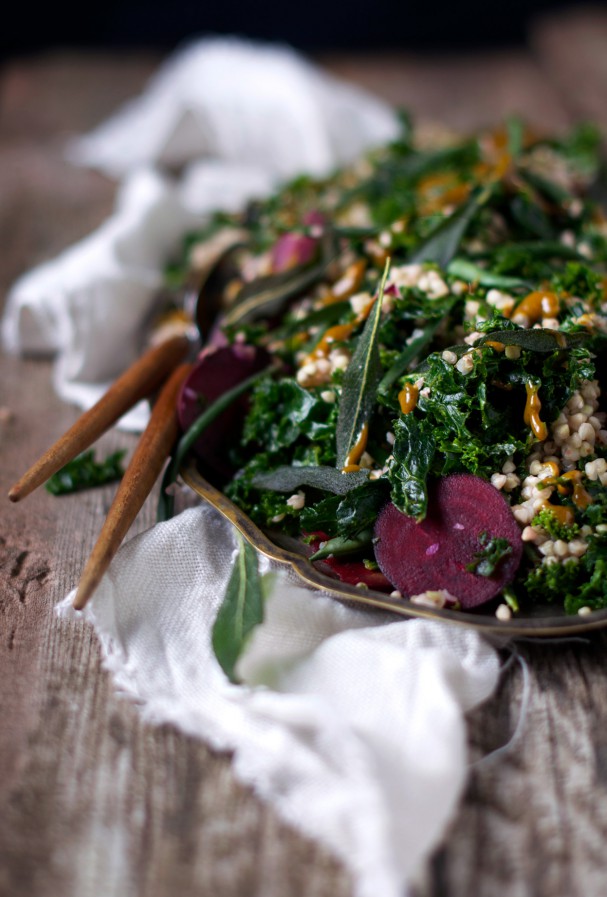 Speaking of Ms. Earthsprout, I’m in love with her buckwheat salad with turmeric dressing and fried sage. 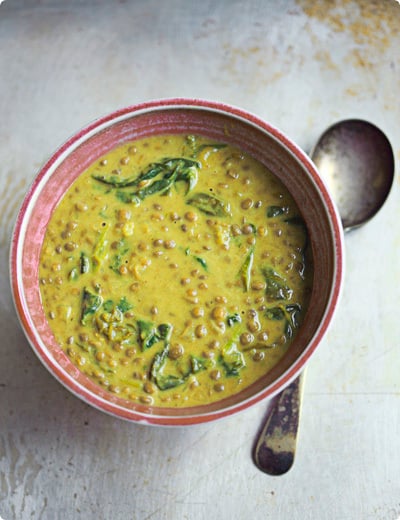 The blog post introducing this green lentil soup with coconut milk and warm spices is “cold comfort.” It looks warming and comforting indeed. 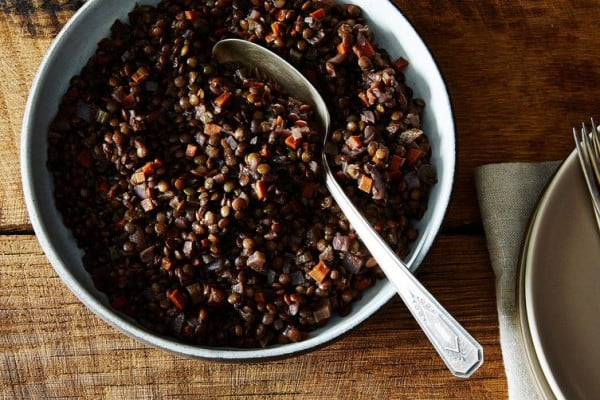 1. I enjoyed Richard Friedman’s op-ed on ADHD in the New York Times this weekend. While I’m admittedly no expert on this topic, I thought that his placing ADHD in an evolutionary biology framework was interesting, and that his ultimate conclusions both hopeful and constructive.

2. Since we all love chatting about the microbiome here, I thought I’d flag this cool new study about bacterial “auras” from the home space. In short, a new study, published in Science this week, has demonstrated that people who co-habitate may have an abundance of shared microbes in their mucus membranes and on their bodies. According to Discover:

“The researchers found that every home has a unique bacterial fingerprint, which follows families when they move. When comparing the surfaces of the old and new homes, researchers found them almost identical in microbial makeup – suggesting that our bacteria settle down in new places before our boxes are even unpacked. What’s more, a household’s fingerprint is unique enough that the researchers could use an unidentified floor sample to predict which of the seven families it came from.

Within a household, hands were most likely to contain similar bacteria, while noses showed the most variation. Pets made a significant contribution to the house’s microbial makeup, in line with previous research that found that two strangers who own dogs share as many microbes as people cohabiting do.

Researchers also found that physical contact may influence your microbial makeup. In one home, none of the occupants were genetically related. But, the two occupants who were in a relationship shared more bacteria than the third housemate. And, parents and their children have markedly similar microbial makeups.”

4. Speaking of vegan diets entering the mainstream, 4% of the Israeli population is now vegan, making Israel the potential vegan capital of the world.

5. It seems that the Galapagos giant tortoise is making a comeback from the brink of extinction. There are now 1,000 tortoises living on the island of Espanola, and some are breeding. One biologist has called it “one of the greatest conservation success stories.”

Seems like a nice note to end on, right? Happy Sunday, friends.

Happy Sunday, all! I’m back from Melissa‘s wedding, where I had an absolute blast. I’ll have a recap tomorrow, as well as a new recipe for you, but for tonight, a late edition of “weekend reading” 1. Miso Sesame Squash Salad from Love and Lemons 2. Tofu Amaranth Salad from 101 Cookbooks (yay! another use for amaranth) 3. Coco Mint Shake from Young and Raw 4. Pumpkin Pistachio Kale Fried Rice Bowl with Maple Tofu Cubes from Healthy Happy Life 5. Apple Cinnamon Bars from Sweetly Raw (genius,…

Happy Friday, friends. As you settle into your weekend, here’s a little reading material for you. 1. Delicata Squash Butter from Helyn of Helyn’s Healthy Kitchen looks like a scrumptious alternative to almond or pumpkin butter. 2. This Cranberry Walnut Chickpea Salad Sandwich from Julie of the Simple Veganista looks filling and tasty. 3. Janet’s Pan-Roasted Cauliflower Steak is, like all of her recipes, creative and lovely. 4. I’ve been on a soup kick since the rutabaga and parsnip concoction I posted yesterday,…

Happy St. Patrick’s Day! I probably should have thought to post something festive before today, but instead it’s coming to you in a day or two. It’s a very tasty cabbage and pasta recipe, which I hope you’ll like. I wrapped up another community rotation of my internship this past week. This rotation included a lot of group education and a little bit of counseling. In both contexts, I was touched, as I always am, to be reminded of how deeply people care…