When I woke up this morning, just before 6, I immediately started to slide my feet out of bed. I was feeling more foggy than usual, thanks to my allergies, and I started to run through the day’s schedule and to-do list. What time were my clients scheduled for? How many meal plans were on the docket for that morning? Where was I with my freelance projects, and did I have any substantive writing to do this afternoon? A moment or so later, it dawned on me that it’s Sunday, and I don’t have any clients on the schedule, and I’ve made an effort to take tomorrow off so that I can quietly catch up on blogging, household stuff, and spend some time with Steven. It was the nicest feeling.

I hope that everyone else is enjoying the prospect of a long weekend, or at least taking a few hours today to rest and restore. Perhaps these links and recipes will serve as pleasant (and thought-provoking) distraction. 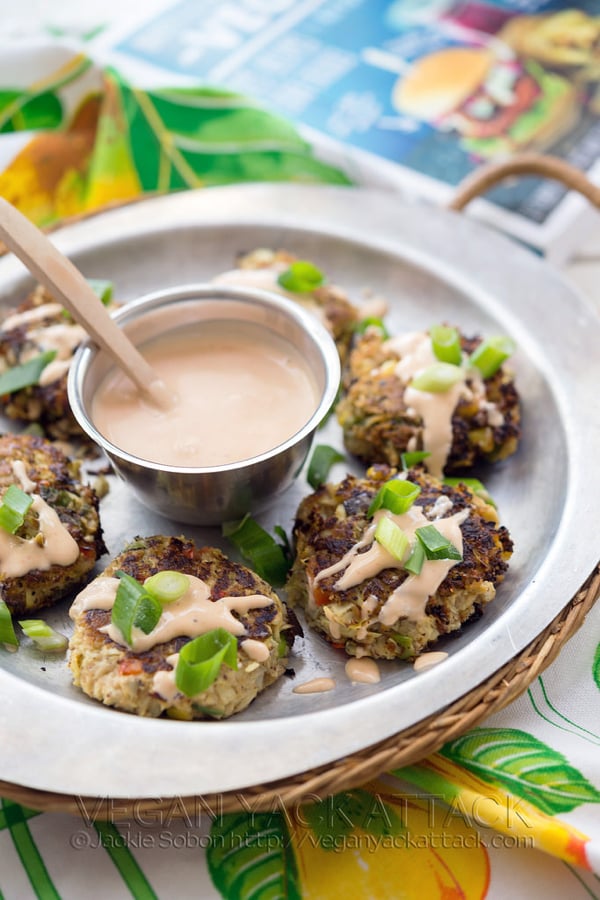 For several weeks now, I’ve been ogling my friend Jackie’s artichoke “crab” cakes with sriracha tartare sauce. Steven and I had hearts of palm crab cakes at Great Sage last year on my birthday, and he has raved about them ever since. I think it’s time to give Jackie’s version a try. 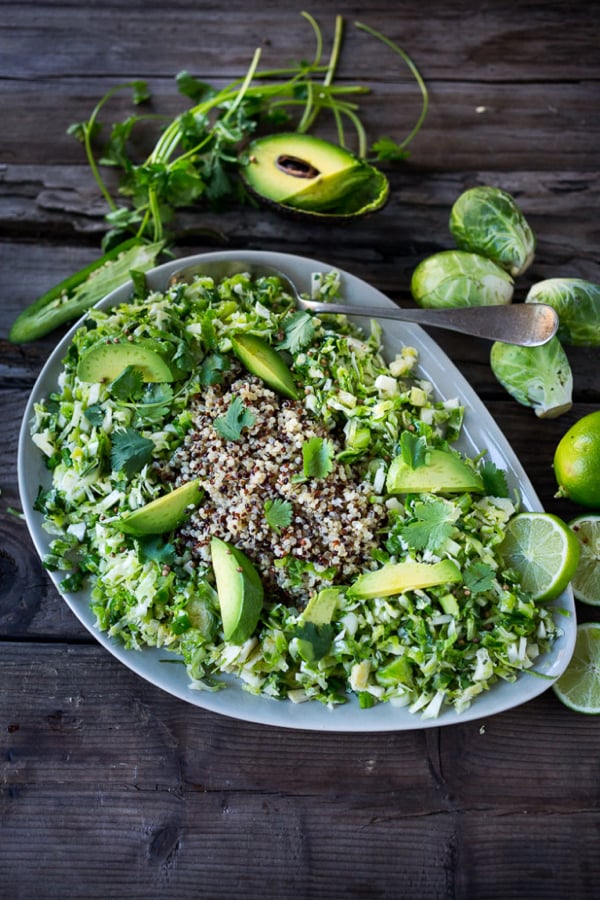 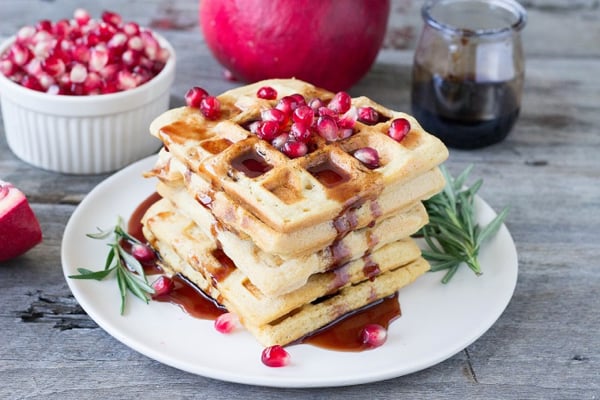 I love savory waffles, and I love waffles made with unconventional batters (like mung bean or chickpea flour). I couldn’t help but be intrigued by Josie and Tanney’s red lentil waffles. Served with pomegranate syrup, they’re both savory and sweet–and probably quite rich in protein and fiber, thanks to the lentils! 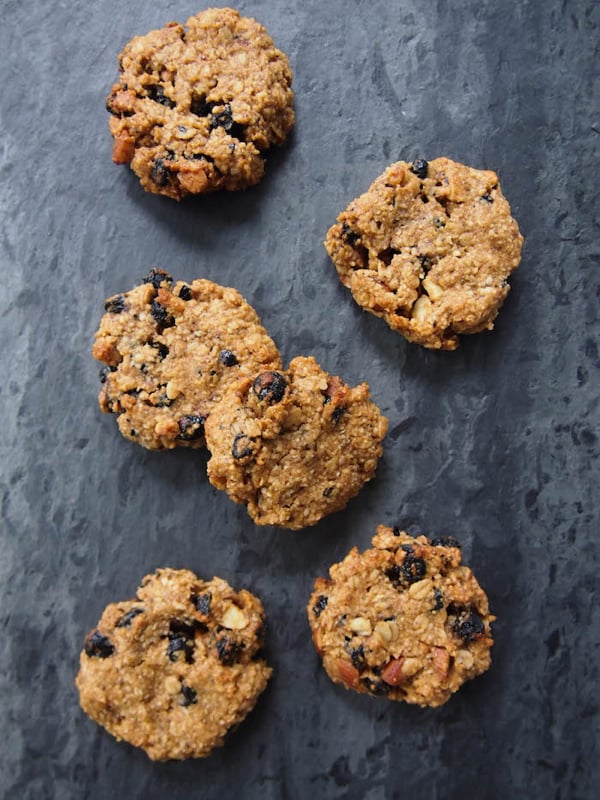 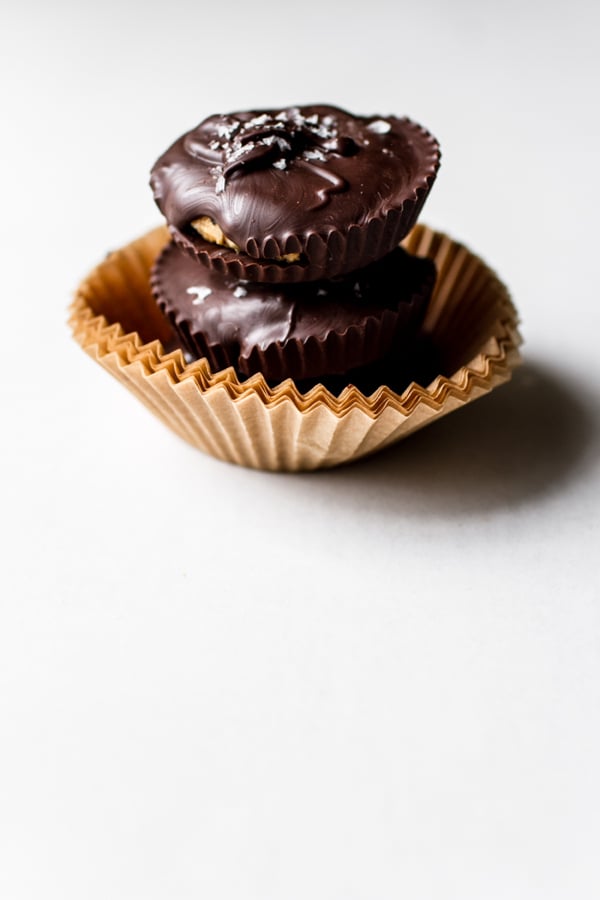 And while we’re on the topic of sweets, what can I say about my friend Ashley’s crispy peanut butter cups, featuring cooked quinoa and dark chocolate? Nothing. Just make them.

1. I’m a big fan of Dan Buettner‘s books, and I enjoyed his recent article in the WSJ about Sardinia, an island which is home to 21 centenarians. (To give you some context, Sardinia has a total population of about 10,000; only about 4 Americans in every 10,000 reaches the age of 100.) Buettner talks about some of the Sardinians healthful habits, such as physical activities (gardening, walking) and a diet that is rich in complex carbohydrates, especially legumes. But it’s the culture of Sardinia that interests him the most. He writes,

“What we found in Sardinia is similar in other blue zones. None of the spry centenarians I’ve met over the years said to themselves at age 50, “I’m going get on that longevity diet and live another 50 years!” None of them bought a treadmill, joined a gym or answered a late-night ad for a supplement.

Instead, they lived in cultures that made the right decisions for them. They lived in places where fresh vegetables were cheap and accessible. Their kitchens were set up so that making healthy food was quick and easy. Almost every trip to the store, a friend’s house, work or school occasioned a walk. Their houses didn’t have mechanized conveniences to do house work, kitchen work or yard work; they did it by hand.”

Buettner is also quick to note that diet and exercise are only one part of the longevity equation. Life in Sardinia is firmly wrapped around community, and it is clear that this helps to keep its inhabitants healthy. Buettner reports traveling to the hamlet of Moses, where

“…I met 94-year old Salvatore Pinna and three of his friends, whose ages ranged from 88 to 90. They wore woolen newsboy caps and the kind of rugged tweed jacket fashionable in both sheep pastures and the village square. They get together every morning for coffee, again in the afternoon to play dominoes and at night to drink homemade Cannonau wine. Two of them were living alone, but as one told me, ‘We’re never alone.'”

2. An interesting article on the evolution of bone health. Apparently, the human skeletal system is thinning, and the fact that we are far more inactive than our ancestors is largely to blame.

3. A cool story, via Slate. Anthropologist Kate Clancy recently spent a Saturday morning listening to NPR with her daughter. She heard astrophysicist Shrinivas Kulkarni interviewed, and was struck when he described scientists as “boys with toys.” When the phrase was repeated and emphasized, she started to get angry–especially as she thought about how these sorts of stereotypes might influence her daughter.

“My 7-year-old daughter knows more about whooping crane migration than most adults do, can sex a monarch butterfly, and has designed her own tools using a 3-D printer in her dad’s lab. But I know what is coming: Research shows that middle school, a major time for gender identity development, is when many girls begin to lose a sense of having science be part of their identities. By high school many drop science classes despite outperforming the boys who stay. In higher education, implicit biases will continue to plague her: Recent work presented by Daniel Z. Grunspan at the American Association of Physical Anthropologists meetings, for instance, demonstrated that in biology classrooms, male students are not only evaluated by their peers as more competent, but male students consistently underevaluate female students. In my own work, in a collaboration with Julienne Rutherford, Robin Nelson, and Katie Hinde, we have shown that female scientists in the field sciences, particularly trainees, face hostile work environments, including sexual harassment and assault.”

So, Clancy started the hashtag #girlswithtoys, and it’s gone viral on Twitter.

Clancy, who studies the evolutionary origins of women’s physiology and cultural origins of gender inequality, is excited about it, and so am I.

4. I really enjoyed Victoria Schlesinger’s recent article about evolution for Aeon. Schlesinger echoes other scientists who have recently alleged that the process of evolutional selection is actually happening far more rapidly — sometimes within a small number of generations — than we have previously assumed was possible.

5. Finally, I’m sure that many of you saw this already, but two Dutch artists cut exactly 98 foods into identical cubes. Can you guess them all? I got almost all of the vegetables and fruits, but missed nearly all of the fish and meat. Go figure! Regardless of how many you can guess, the spread of foods is pretty mesmerizing and beautiful.

On that whimsical note, my friends, I’m off for the day. But I’ll return tomorrow night, and in the meantime, I wish you a great Sunday.

I was at a kirtan at my home yoga studio last night, and while I always love being there, it was different this time, because the close friend and teacher whom I usually go with has moved to another city. A couple mantras in, it felt lovely but not the same without him. I texted him a photo, telling him I was thinking of him and missed him. It’s hard for anything to dampen my spirits during Kirtan, and soon enough I was…