How do you feel about cilantro? If you’re a “cilantro hater,” you are in fine company, according to this article. And you needn’t feel that narrow tastebuds are to blame: the article suggests that genetics and biochemistry may have something to do with it. I myself am a lot like the doctor described in the article: I was a self-professed cilantro hater until I started flirting with raw food, and expanding my limited palate. I started eating cilantro more often, and eventually it stopped tasting like soap. Nowadays, I put it in many of my recipes.

Recently, in New Orleans, Chloe purchased some cilantro hummus from her farmers’ market. It was tangy, fresh, and absolutely addictive! We went through a container in record speed. This week, when I saw cilantro at the market during my shopping rounds, I knew it was time to recreate the hummus at home, using that most controversial of green herbs.

If you hate cilantro, I invite you to use dill, parsley, basil, or any other fresh green herb in the recipe! I won’t be hurt, just so long as you get a heaping helping of fresh, nutrient-dense legumes into your day. Besides, with tons of fresh lemon, creamy tahini, and cumin, the hummus is a winner in its own right.

And who knows? This may be the dish that turns cilantro haters into cilantro lovers! Food processor instructions: Pulse chickpeas, lemon, tahini, salt, and cumin together. Process, adding water in a thin stream (you may want to use less than 6 tbsp, depending on what sort of texture you’d like). At the end, add the cilantro and pulse well, until it’s totally broken down.

Usually, I prefer a processor for making hummus, but I like to blend the cilantro in completely for this recipe, so it’s one of the few hummus dishes that I’ve made in the Vitamix instead. Either method will work; if you use the processor, be patient and process well!

The nice think about Vitamix hummus is that super smooth texture: The bad thing is losing hummus to the bottom of the blender, and being tempted to slice off a finger in an attempt to scoop out every last bit!

Hope you guys give cilantro a chance with this tasty new hummus recipe. As always, add garlic if you wish!

Before I go: thanks for so many sweet comments on the mother/daughter posts I’ve been writing in the last few days. One of my readers asked a very good question: is there ever any strain between my Mom and I due to my ED history? Is she ever uncomfortable with my vegan diet?

I’m fortunate and happy to say no. My mother was definitely nervous at first, but I think she saw quite clearly that eating as an omnivore, then a lacto ovo vegetarian (the diets under which I “recovered” the first and second time) had done nothing to give me a lasting, joyous, and healthy relationship with food. I’d gained weight back, but I wasn’t happy, and anyone who was close to me at the time could see that my relationship with food was far from healed.

After I’d been vegan for some time, my mom became fond of the expression “can’t argue with success.” As an omnivore and vegetarian, I’d been constantly tortured by food and dieting, and I suffered terribly from IBS-C. I was also frequently anemic (all through my teens and twenties; anemia seems to run in the family for women) and prone to respiratory infections.

As a vegan, I’ve watched my anemia disappear, my IBS heal, my immunity soar, and—most of all—I have made peace with the food on my plate. I don’t have a single memory of eating between the ages of 11 and 24 that was not shadowed by guilt, shame, anxiety, or subsequent stress. Not one. Isn’t that sad? Thank goodness I’ve made up for those years by having such a wonderful and joyous relationship with food in the last six. I eat with pleasure, and I don’t spend my days arranging elaborate systems and trade offs and ways to monitor myself the way I once did.

Veganism restored my whole health—body and spirit. My mom knows that, and she’s grateful for it, even if veganism isn’t her own personal choice. It hasn’t always been an easy conversation, and certainly my Mom still worries about me; she’s the first to notice if I lose weight from stress, or if I seem to lose my appetite at random. But for the most part, again, she can’t argue with success, and neither can I.

Have a great night, friends! 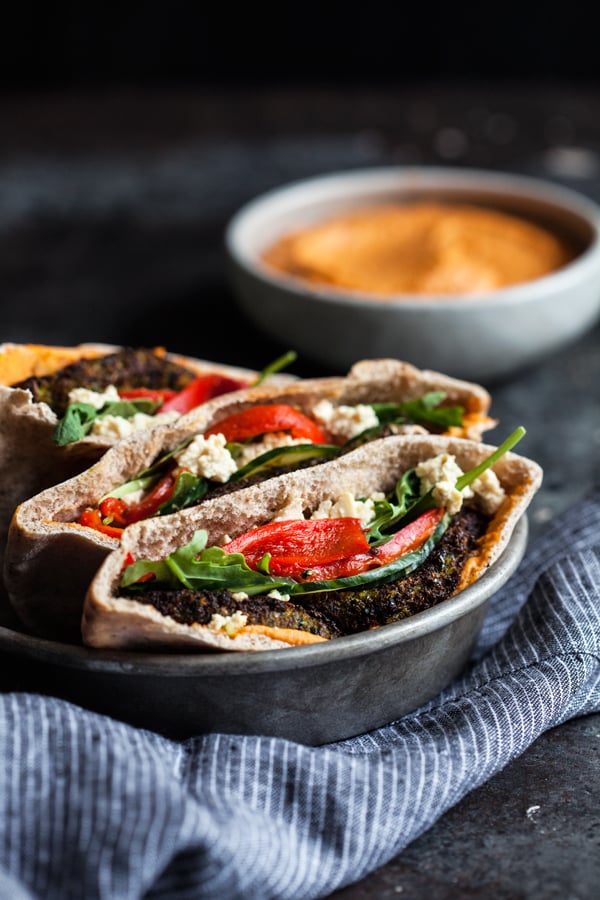