Beet Tartare with Cashew Cheese
No ratings yet
Jump to Recipe 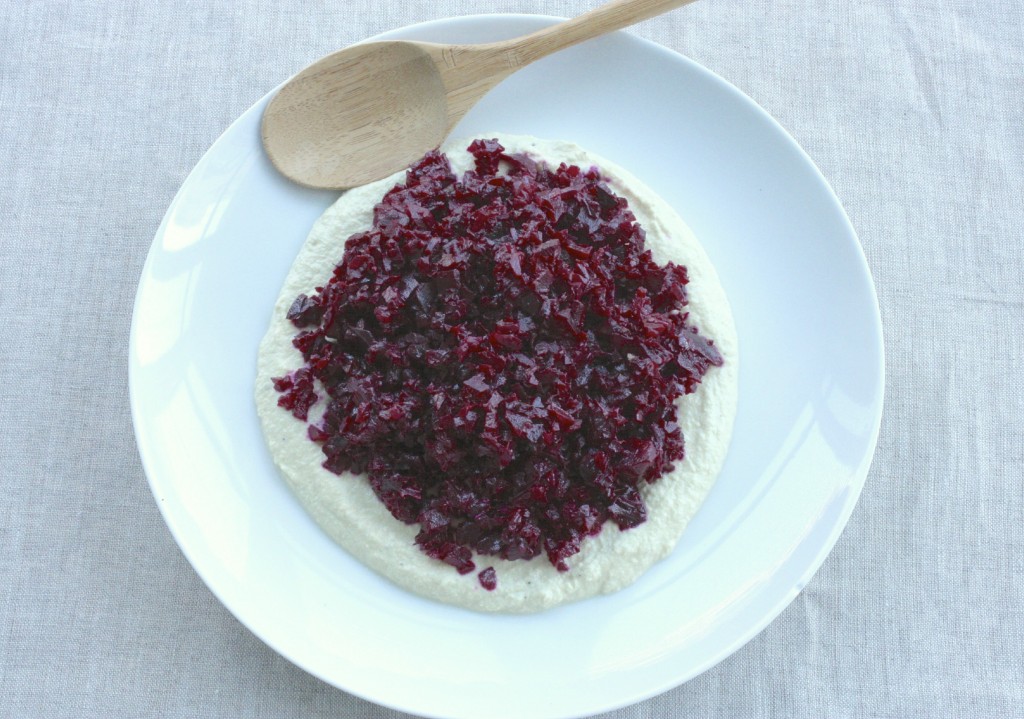 One of the highlights of my recent Portland dining adventures was the beet tartare at Portobello: finely chopped and lightly dressed beets served on top of a pillow of creamy cashew cheese. I thought the it was an ingenious recipe idea, and it was a delicious appetizer. When beets arrived in my Relay Bounty Box last week, it felt like fate. It was time to recreate beet tartare at home.

This recipe is very simple. As soon as you roast the beets, all you need to do is chop them finely and dress them with a little olive oil, lemon, sea salt, and pepper. To roast beets, I like to trim them, wrap them in foil, and then roast them in an oven set to 400 degrees Fahrenheit for 40-50 minutes, or until they’re tender enough for a knive to cut through them easily. If you’d rather not use foil, you can roast them in a dutch oven with a little water at the bottom for that period of time.

After they emerge from the oven, you can run the beets under cold water and easily slip off the skins. It’s that simple! 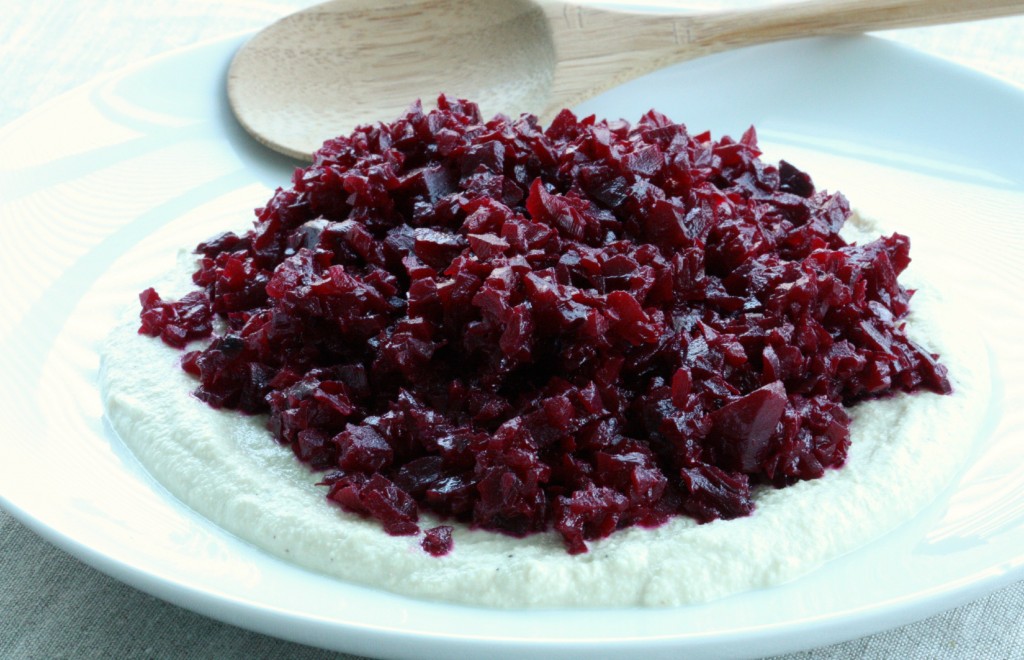 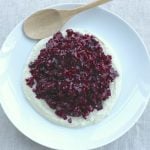 I served my tartare with Ezekiel sprouted grain bread, which I’d toasted and cut into squares, but you can serve it with raw flax crackers, raw veggies, a brown rice tortilla, or any other bread/dipper of choice. It’s an easy, impressive appetizer. You don’t even have to make the cashew cheese with it; the beets can stand alone! 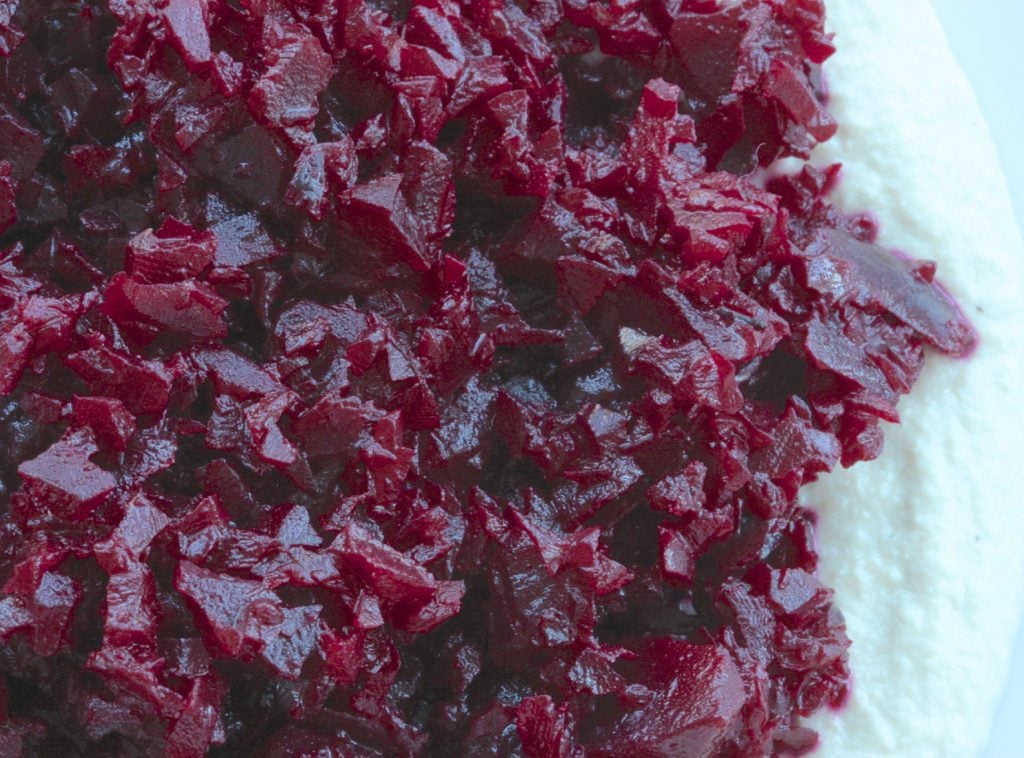 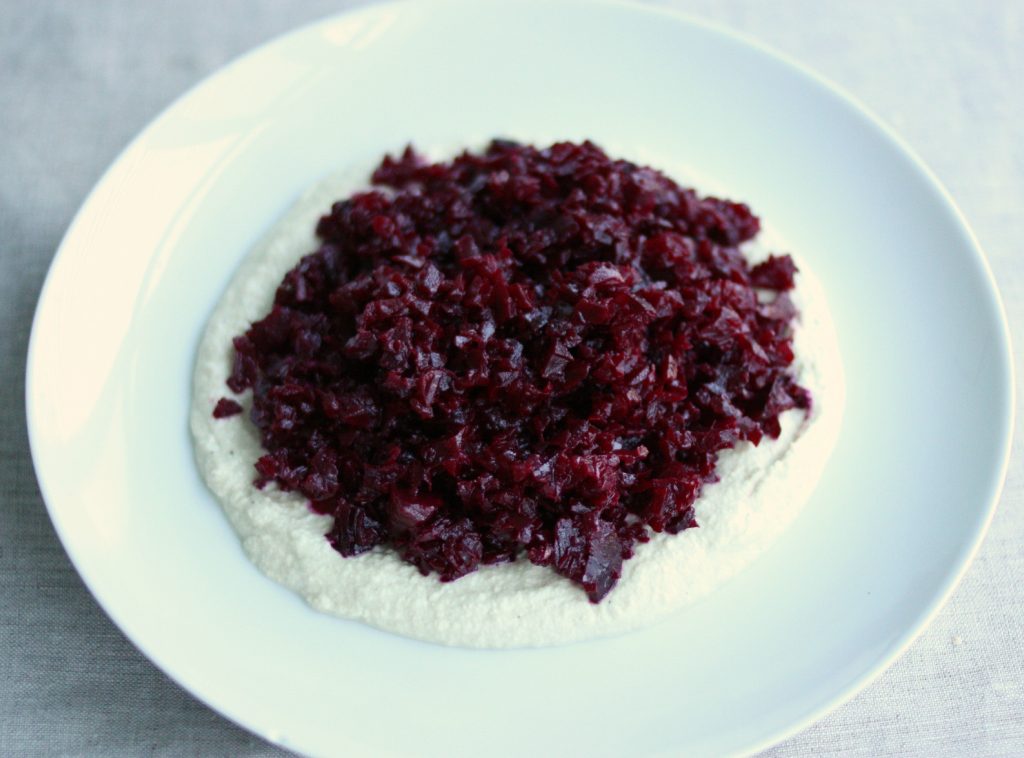 I have one more Vida Vegan recap coming to you soon, as well as a scrumptious spring salad. Happy (almost) weekend.