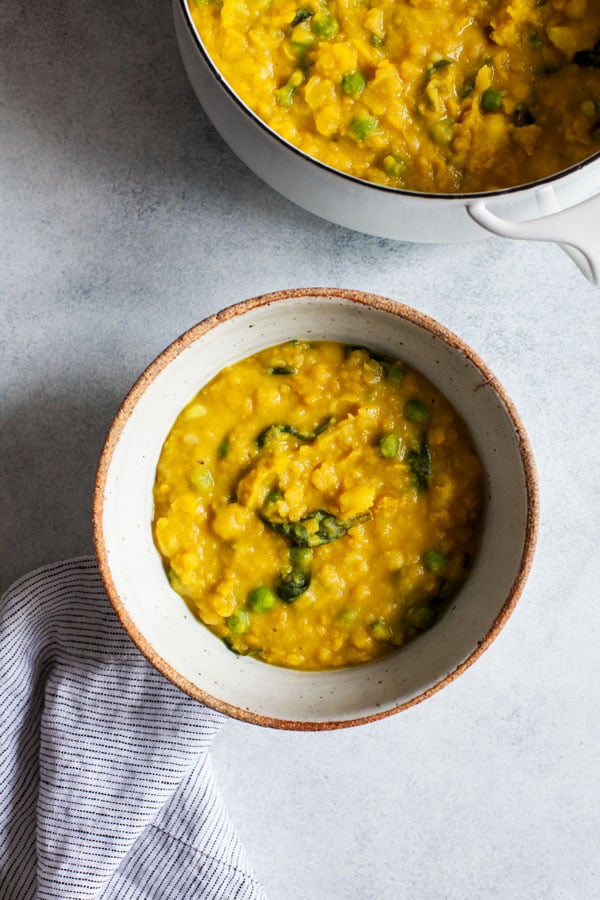 I had a first yesterday afternoon: I drew a complete blank on batch cooking. I needed to make at least two meals for dinners this week, and I couldn’t settle on anything. Looks like my meal prep stamina is starting to flag.

Since it was Cinco de Mayo, I made the enchiladas from Power Plates, which are a favorite at home. But I needed something else. This dish of curried potatoes, lentils and peas was my answer. It’s not markedly different from a lot of other curries and Indian-inspired stews I made, but it’s simpler and probably more versatile. The texture is just soupy enough that you can mop it up with flatbread or pita or serve it over rice, but the potatoes give it a lot of texture and heft if you’d prefer to eat it on its own. 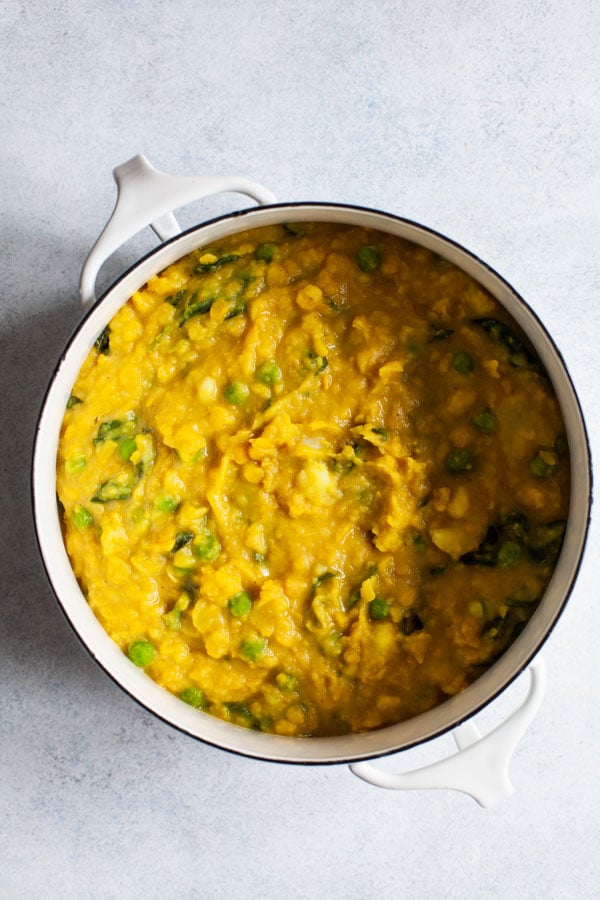 No matter how many times I make a dish like this—something starchy, creamy, and richly spiced—I never seem to tire of the formula. I added cashew cream to the mix, which is my go-to, but you can most definitely use coconut milk instead. I like the use of russet potatoes here, but for a sweeter version, sweet potatoes or even Japanese yams would be pretty great, too. 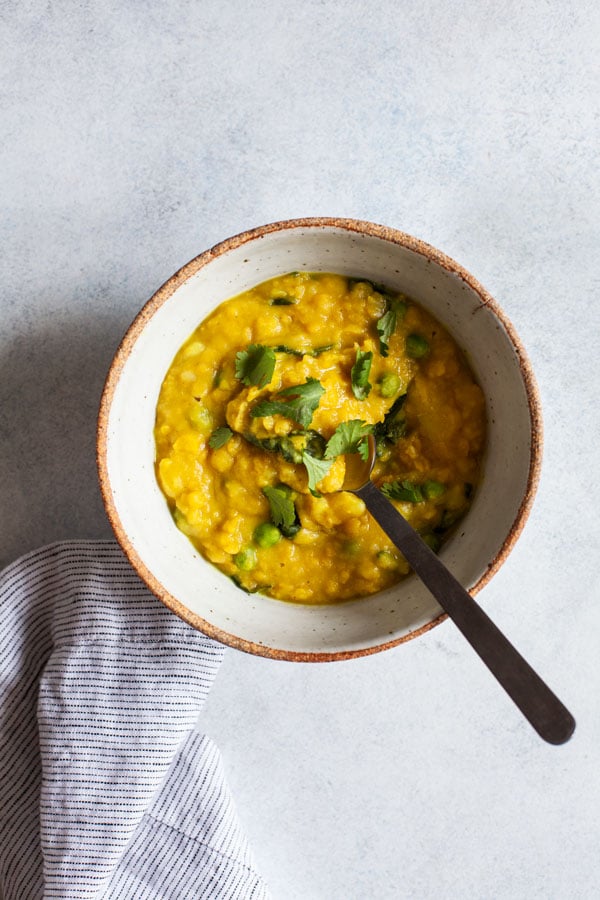 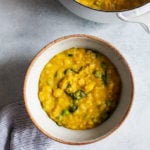 You can substitute 1/4 cup broth or water for the oil if you like. 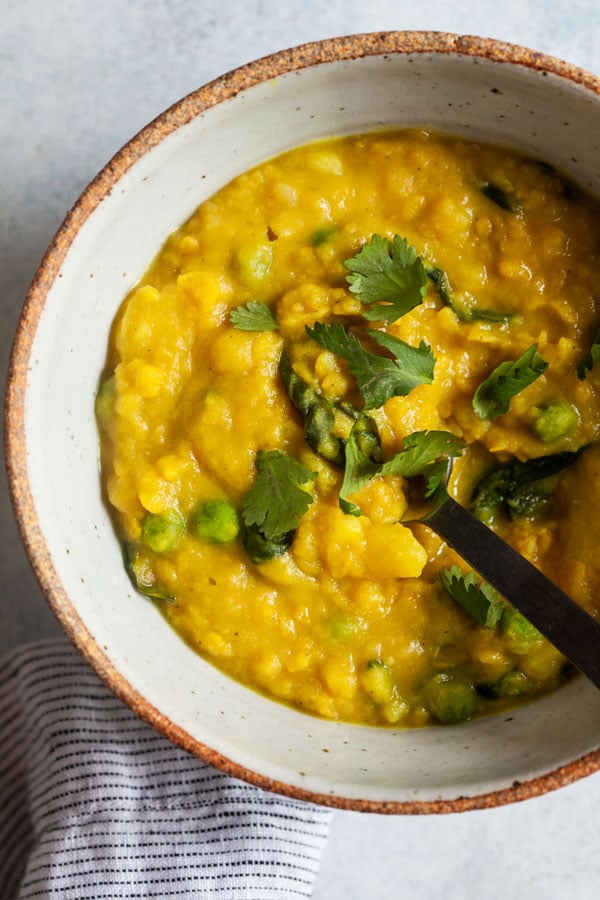 Having spent so many years doing my best to make recipes as creative as possible, I’m now sticking to ingredient combinations that are as tried-and-true as they can be. Half the time I cook from Power Plates and Vegan, which isn’t so bad: it allows me to revisit those recipes and be reminded of why I love them.

Still, I can’t pretend that I’m not eager to once again find myself in a place where I’m testing new recipes and feeling inspired while I do it. I’ve fed myself well this year, in spite of the hectic schedule, but creativity feels stalled right now on a lot of fronts. This last stretch, from now through August, feels long, but I know it’ll fly by, and I’m hoping that a renewed sense of energy in the kitchen will follow. In the meantime, if you have any vegan recipe requests, feel free to share! It’ll be good inspiration for me.

In the spirit of not doing or saying more than I need to, I’m keeping this post short and sweet so that I can settle into my first few days of food service. Have a great week, all.