Green Recovery: A Step Back, and a Step Down 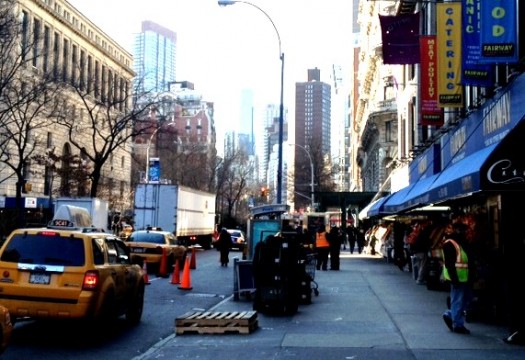 After a six hour Megabus ride last night, I have finally made it home to the streets of the Upper West Side. Holla! This weekend couldn’t have come at a better time–it was an emotionally and mentally draining week at school, and in spite of the 10 metric tons of textbook I’m carrying around with me, I look forward to at least one Saturday of fun.

Today’s Green Recovery story is about a recovery in progress. When I began this series, I was intent on featuring recovery stories written by people whose recoveries were firmly in the past. The series has evolved, though, to include testimonials from people who are in all stages of recovery: the near past, the distant past, and everything in between. “Recovery” itself is a fluid term, and the process rarely has a distinct “beginning” or “end;” it’s a process of gradual evolution. So I think it’s only right that the GR series should encompass a spectrum of voices, some of which describe recovery as something that happened a long time ago, and some of which talk about it in the present tense.

Today’s story is from a young woman who has been through a harrowing ED and recovery journey in the last few years. Her disorder led to an urgent health crisis, described below, and you’ll be able to see the physical scars she sustained in addition to the emotional ones. She has recently moved from her lifelong home of New Jersey to attend grad school, so she and I can commiserate on the strangeness of leaving a familiar zone for a new one. She has asked to remain anonymous, but she also asked me to throw in these little details so that she wouldn’t sound like a “ghost woman” to everyone. After reading her brave and honest narrative, I doubt that any of us will feel that she is ghostly. I  hope that we’ll all feel a lot closer to her, and be able to offer her some supportive feedback on her journey.

I was that kid everyone knew – chunky as a child, chubby as a teen, and a bit overweight as a young adult. I remember standing in front of mirrors, even in the seventh grade, and wishing there was some way I could lose weight (without giving up my snickers bars, cheeseburgers, and the gallon of milk I would drink bi-weekly, of course).

But by my second semester of college I was a vegetarian – mainly because the school’s food was atrocious. In the years that followed I took a number of environment classes which informed my decision to no longer consume meat. Through the process I lost maybe 10 lbs – noticeable, but not significant in my eyes.

A few Decembers ago, I read Joel Fuhrman’s Eat to Live. My father – who was recovering from quadruple by-pass surgery – recommended it to me, and I tore through it in an evening. I was already vegetarian, so a lot of his suggestions seemed easy for me to implement. I began the New Year fully absorbed in his message – perhaps too absorbed. I began restricting, heavily. The only grains I allowed myself were a small bowl of oatmeal every morning. I cut out all fats, steaming my vegetables or eating them entirely raw. And my portions were ridiculously small. Most nights I remember going to bed with my stomach churning – but somehow I found that comforting, like the sound of progress.

By the beginning of February I had lost a good 20lbs. My restricting was accompanied by excess exercising. The gym was located a little over a mile from my apartment, and I would walk there every evening to spend a half hour on the elliptical and a half hour running on a treadmill. Most days I was burning more calories than I was consuming. Around the same time I began noticing that, after eating, my shoulder hurt and my stomach ached. The pain would wear off, but then it would be time to eat again. This only further complicated my already confused relationship with food.

My college was located approximately an hour and a half from my parent’s house, so some weekends I would drive back to volunteer with a local organization I had spent time with in the past. One weekend I spent a grueling, thirteen hour day as a server at an event, running up and down stairs and back and forth between buildings. For the first time in two months I had a huge meal around noon, knowing my shift wouldn’t end until late that evening. The typical pain arrived after eating, but this time it didn’t go away. By five o’clock I could barely stand and it took me a good hour to just walk across the street. I sat down and didn’t move until someone found me sitting in my boss’s office, dazed. I called my parents to pick me up and they took me to the emergency room.

To make a long story short, the doctors didn’t know what was wrong. My abdominal cavity was filling with air, but all the tests they ran showed nothing. In the early hours of the morning they performed emergency exploratory surgery and discovered a gaping hole in my stomach. I spent the next week in the hospital, sustained purely by IV. The following week, on bed rest, I could only eat tiny amounts of pureed food. I was in my early 20s and had to completely and utterly re-teach myself to eat. I didn’t tell anyone, but a part of me knew this had been caused by restricting and exercising. Over the course of those two weeks I lost an additional 25lbs. I was ‘officially’ underweight.

Over the summer I continued restricting and exercising every evening after work (8-10 hours of standing in a factory). I was convinced I was healthy again, that I was eating normally (because a small side salad as a lunch is a huge amount after not eating for weeks). I slowly began gravitating towards a vegan diet, partially because I figured cutting out dairy would help me maintain my new, skinny figure, and partially because I am, genuinely, horrified at the complete and utter disrespect we show towards animals.

But there were still complications. I hadn’t had a period – still haven’t, in fact – since before my surgery. And this year-anniversary has driven home the notion that, yes, perhaps I did have an eating disorder, and perhaps am still living with one. This was a thought people had suggested to me in the past, but I continuously and repeatedly repudiated. 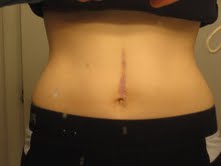 My new year has been motivated by two thoughts. First, that my goal is to be healthy. Not skinny. Second, my adoption of a vegan lifestyle was hypocritical. How could I truly claim to live compassionately, to advocate for the rights and humane treatment of every living creature, when I wasn’t treating myself with compassion?

I’ve taken a step back, and a step down. I’m treating myself the way I wish all others could be treated. I’m eating enough. I no longer go to bed with a rumbling stomach, and wake up unable to complete a simple Sun Salutation due to hunger pains. I’ve cut back my three-mile runs to half hour walks every day. I can think clearer and I have more energy. I’ve acknowledged (and am slowly accepting) the need to heal myself (body and mind) so I can again enjoy my runs (rather than being a slave to them).

Of course, this means I have days where I feel my muscles are “atrophying,” the fat is “caking on,” and I’m going to see that chubby little kid facing me in the mirror again. There are days when my stomach doesn’t churn at all, and I have the compulsion to go for a long run because, obviously, I’ve eaten too much.

So far, this year, I’ve been able to swallow that back by focusing on what truly matters. Not being skinny. Not losing weight or fitting a sexy ideal. But being healthy and compassionate, not only to myself, but to every person and animal I encounter.

Many things stand out about this story. First, the universality of its origin: the girl who was slightly “chubby” as a child is often the same girl who tries to fight her body with ED behaviors later on. I often find myself telling people that many of the people who become ED-prone were slightly overweight in their emotionally vulnerable childhood years, and flirted with restrictive behavior as in an attempt to ward off feelings of having been “chubby,” “big,” or “awkward.”

I was also interested in the author’s mention of Eat to Live. Marissa, who recently wrote a Green Recovery story, credits that book with her recovery. This all goes to show that any resource–book, website, etc.–can be a harmful influence to some, and a positive influence to others. I  think Eat to Live is a very inspiring and helpful book for people who suffer from high cholesterol or who are trying to lose weight through plant-based food, and of course I love its emphasis on nutrient-dense food as a means of fighting disease. But I personally find it to be unnecessarily restrictive on many fronts (fat, grains, portions, sodium), at least for people who are not directly at risk for chronic disease, and would probably have found it triggering if I had read it early in my own recovery.

The bottom line is that what may be life-saving to some people (in this case, someone battling high cholesterol or weight) may also not be appropriate for someone else (a girl who is at a healthy weight, and prone to restriction). Part of maintaining recovery is to know what kinds of voices and advice are constructive for you to hear, and which aren’t. There’s a lot of “noise” that I consciously tune out–diets that strike me as needlessly restrictive and/or driven by the tendency to vilify food, conversations about weight loss/detox. There are even small things that I tune out: some time ago, I mentioned that I find it uncomfortable to enjoy a big meal with other women who immediately begin to talk about how they’ll need to “burn it off” or compensate tomorrow.

It’s not that I think that everyone is in the wrong for having these dialogs; it’s simply that I don’t find them constructive, and they also evoke tendencies in my own past that I have moved past. So, I tune some of these conversations out, and simply remain focused on my own health priorities: eating a diet that is as healthy as it is ample and satisfying; being mindful of good nutrition without becoming fanatical or extreme.

What do you think of our guest’s Green Recovery? If you’re a recovered/recovering person, what influences do you find helpful, and which have you learned to tune out?

And who knows what else? Nothing quite like having NY at your fingertips.