More Thoughts on “Fitspiration,” and On Letting Go of Body Molds 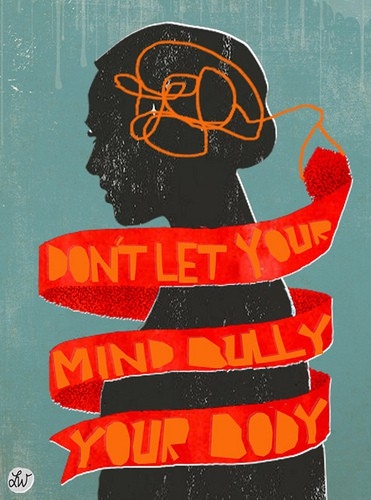 Thanks for the exam well wishes. It was pretty awful, but I’m honestly too tired and demoralized at this point to talk about any of it, so let’s move on and talk about something more interesting: our conversation about body image and “fitspiration” on Sunday. I think the comments speak for themselves–check them out if you’re so inclined–but I wanted to open this up into a slightly broader discussion of our bodies, and how we relate to them, touching on a few key points that were raised.

First, in response to one reader who was pointed out that “strong,” by definition, has nothing to do with any body type whatsoever, I should say that I was talking about these sayings in context, rather than on their own. The context in question is the food blog world. This world has always been very fitness oriented, but BodyRock, Tone it Up, and Cross Fit have added new ingredients to the pot (and slogans like “strong is the new skinny” are becoming popular in tandem with those programs). Additionally, because these series all feature spokespeople, they do, whether they mean to or not, attach an idealized image of body/shape to their programs. My admiration for the series aside, I am struck by how little the Tone it Up girls’ bodies (or Zuzana’s) resemble those of most women. Nothing shocking there–Fitness gurus devote careers to being fit, and the chances that any of us will look just like them are slim–but I do sometimes fear that people will start to think that the goal of these exercises is to look like Karena or Katrina, rather than simply to be active in a new and fun way.

Of course, the fact that we’re being presented with an unrealistic image of shape isn’t surprising: that’s the story of being a woman in our culture. I’m simply suggesting that, just because a body type is associated explicitly with fitness, rather than diet, that doesn’t mean it will not not evoke some of the same feelings of inadequacy that, say, underweight models do. “Strong” may be the stated goal, but “better/leaner/thinner/tighter” may be the take home message. Again, this is no knock against fitness programs and the benefits they might confer upon us all. It’s just my take on some of the messaging.

One of my readers, Abby, had an interesting response to the post. She tied it into her recent musings about being underweight, which bring a new perspective to this ongoing discussion. I was moved by this post because it reminded me of periods of my life in which I was underweight, but trying to gain, which were quite different from the periods in which I was underweight because I was trying to be. I am the last person who will suggest to you that being underweight isn’t dangerous: it is, and if you are underweight because you are trying to be (as opposed to women or men who have maintained slightly lower BMIs throughout their lives without any effort, which is typically the result of genetics), I will urge you gently to gain the weight you need.

I know, however, what it’s like to struggle with the gaining process. Sometimes, the process is stalled because one isn’t working hard enough to eat adequately, or hasn’t truly embraced the goal of bodily health. Sometimes, as Abby points out, it’s because the challenge of “gaining” is tied to a deeper challenge, like overcoming OCD or letting go of comforting rituals. Sometimes, it’s a little mysterious: I know this, because it took me quite a long time to recover from my last relapse, which was in my early twenties. I ate sufficiently–indeed, I ate enough surplus to gain weight by the books, and I ate as much as had allowed me to gain after my other two bouts with my ED. But for some reason, I gained more slowly this time. Perhaps it was a different eating style (I became a plant-based eater at some point during this time, and was not accustomed to planning weight gain as such), perhaps it was physical activity: who knows. But I tried in earnest, and, given that I was eating adequately and working hard to get better, my thinness became a source of embarrassment and frustration. Patience and persistence paid off, and I returned to my own “normal” weight over time, but the comments I received about my thinness during these years stung, especially if they came from people who knew about my history.

Gaining weight after an ED is very hard. It was necessary to my recovery, and I think it’s necessary to most peoples’ recovery, at least in so far as it restores the body (restoring the spirit takes more than added pounds!). But it is an difficult process; you wake up each morning uncomfortable in your skin; you feel terribly ashamed of your changing body, and enthusiastic remarks about how “healthy” you’re looking only make it feel worse. It gets better, but it’s challenging. If you’re seriously trying to gain weight and it’s not happening quickly enough, it’s easy to feel like a “failure” in recovery, which is also painful.

When I meet a woman or man who looks underweight to me (dangerously or unusually so), I try not to comment unless I am genuinely concerned for that person’s health, and I never assign blame. Instead, I acknowledge the possibility that this person is not perpetuating his or her own precarious thinness, but rather trying–in painful fits and starts–to get better. It may not always be true, but it’s always possible. And the last thing that person needs to hear is a comment that will make him or her feel more ashamed, more uncomfortable, and more unattractive. Negative, barbed remarks about how “skinny” or “sickly” someone looks are likely to do just that. And anyone who has had an eating disorder has experienced more than his or her fair share of such sentiments already.

It’s hard for some of us to extend body acceptance to thin shapes, especially since we all want to be cognizant of the distinction between “thin” and “unwell.” But in the case of those who are not well, and are trying to get better, negative body commentary certainly won’t help speed the process. And those who are thin without unhealthy intentions are just as entitled to body acceptance as everyone else: it makes me cringe when women who are thin without struggle are told that “real women have curves.” There is no single body attribute that “real” women have.

This all gets me to thinking about my body, the 30-year-old body that has recovered from many highs and lows. The body that is now a stable, relatively unchanging weight. I am thin, but I am no longer fragile and waif like. It is no longer a guarantee that I’ll be the thinnest woman in any given room; indeed, now that I spend my days on a college campus full of 18 year old track runners (many of whom, it seems to my outsider’s eye, may be battling their own demons), I am often far from it. I exercise, but I don’t have a six pack (or a 4 pack!), and my arms don’t look particularly muscular or toned. My shape has softness to it, but I have smaller breasts, and I’m not really “curvy” the way the women on my mother’s side of the family are.

So I don’t really fit any of the common “molds” into which we like to categorize attractive female shapes. When I was anorexic, I clung to my stick-thinness as a mark of being special. When I recovered, I clung to sit ups and pilates and any means of getting “toned”; if I couldn’t be a waif, I figured, well then I could at least look like I belonged in a fitness magazine. When I gained some weight in my senior year of college (the tail end of gaining after my first relapse), I tried to think of myself as suddenly having “curves,” because at least that was a gloss by which I could attempt to accept myself.

Today, I don’t look for a formulation into which I can squeeze my body. In fact, I try to limit how much time I spend thinking about its outward appearance at all. I’m not immune to feeling uncomfortable with my looks, but I have found great freedom in thinking not about how my body appears, but rather what it enables me to do. My body is the vehicle through which I experience pleasure: sexual pleasure, the pleasure of eating food, the pleasure of smelling freshly brewed coffee and feeling sun on my face. My body allows me to feel and smell the change of the seasons. It allows me to hear, and become elated by music. It allows me to gaze upon my little apartment with feelings of tenderness, to watch brilliant sunsets against urban skylines, and to read. It allows me to hug, kiss, and comfort people I love. I spent about fifteen years of my life in battling my physical self, only to realize that it is the gateway through which I experience the world. 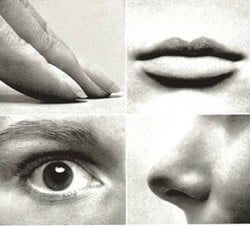 In some ways, I guess that this is actually the point that “strong is the new skinny” is trying to make: appreciate your body not for how it appears, but for what it enables you to do. I like that point, which is why I don’t hate the saying. I do, however, think it’s important to divorce that saying from any particular body type or appearance. And I think it’s also important to remember that, as wonderful as physical activity is, you are no lesser for not being sculpted, just the way you are no lesser for being thinner than the norm, or lesser for being fuller than the norm. You possess a body that allows you to interact with the world around you, and for that, you are simply very, very lucky. Treat that body with respect and care.

I always have more thoughts, but…it’s late. To be continued, I’m sure. In the meantime, I’d love to hear your thoughts!