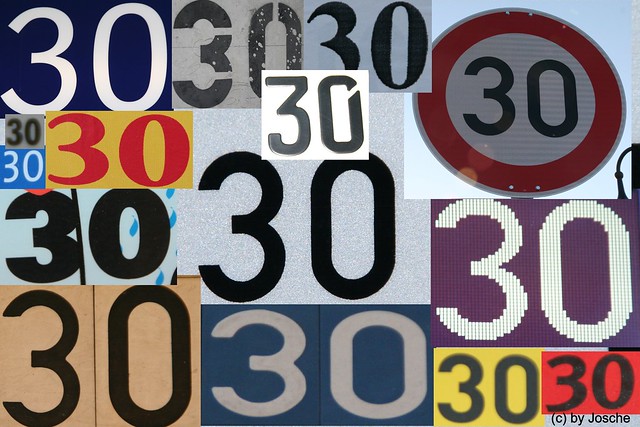 Today, I turn thirty. My, how time flies. I was twenty six when I started this blog, and even in spite of how much my life has changed since then, it feels like yesterday.

I’ve heard thirty described as the start of “real” adulthood, whatever that means (I wonder if it means that I’m going to stop forgetting to purchase toilet paper on a regular basis? Or start remembering to make appointments for dental cleanings once a year?). For women in particular, this birthday is surrounded by an unfortunate pall of anxiety, brought on by a sudden barrage of warnings that our biological clocks are ticking. I can’t tell you how many times I’ve heard women—smart, savvy women who are otherwise impervious to the dictates of popular culture—talk about being thirty and “still single.” When I Googled “turning 30,” I found a quote from the movie Something Borrowed. Kate Hudson’s character declares, “You’re 30—you can’t afford to be picky.”

This kind of thinking presumes that a) our primary purpose as we get older is to find a permanent companion and start procreating and b) if that doesn’t seem imminent, it’s because we need to start expecting less, and compromising more. Aside from the fact that marriage and childbearing are not the necessary hallmarks of happiness, and that a bright future can entail many pursuits other than starting a family, the last thing turning thirty should signify is a loosening of standards. You’ve been alive for three decades. If anything, you have more of a right to know what you want, what you don’t want, and how to distinguish between the two. You should feel more confident being yourself, and less apt to give a darn what other people think. And you can certainly afford to be picky. If being “picky” means higher standards and greater discernment than ever before, I think you should be very picky indeed.

Of course there’s nothing wrong with the desire to marry or have children. But the socially dictated deadlines strike me as limited in an era of IVF, an urgent global need for adoption, and surrogates. Regardless of what your biological clock is doing, you will have ways of exploring parenthood later in life, if you truly wish to—even if they are more challenging and complicated than the norm. And as a reader pointed out below, opting out of childrearing is also a choice that should more respected in our culture than it is. As for companionship, well, it’s an important and wonderful thing. But I don’t feel that it should a singular life goal; indeed, I’d say that building a rewarding and meaningful professional life, fostering deep, lasting, and numerous friendships, assembling a rich base of cultural pursuits, hobbies, and passions that sustain your spirit through hard times, and learning how to be truly content in your own company are just as worthy.

Many of the anxieties that accompany turning thirty have to do not only with the notion of family life, and whether or not it’s underway, but also with confronting our own progress in other arenas: relationships, careers, finances, and so on. Have we accomplished everything we said we would do by thirty? No matter who you are, no matter how immune to unfortunate cultural norms, there’s a good chance that turning thirty makes you pause and consider the life you’re living, and how it compares to the life you thought you’d be living.

Have you ever written a note to your future self? I have. We were asked to do it during our senior year of high school, and we were told that we’d open the letter (which the school would safeguard for us) on our tenth year high school reunion. I wrote all sorts of stuff about what I wanted and hoped to have done by the age of 28. Unfortunately, I also skipped my ten year reunion, so I have no idea what my precise wishes were. I do, though, remember the gist. I said that I wanted a successful, ambitious career. I said I thought I wanted to be a writer or an editor. I said I wanted to be living in New York. I said I hoped that Chloe would still be like a sister to me, and that I’d still be close to all of my dearest female friends.

Today, at thirty, I suppose I’ve been blessed to sustain or achieve everything my younger self wished for, with a couple of important modifications. I no longer yearn for a “successful” career so much as a “fulfilling one.” My career is strange and in a state of flux right now, but I did get to be an editor at the house of my dreams. I don’t write the things I thought I’d write—critical essays, book reviews—but I do write, every day, about things I care about. I’ve managed to keep my closest childhood friendships very much alive, and I’ve made new, lasting friends in the last decade through work. And it goes without saying that Chloe hasn’t gone anywhere.

I can’t remember whether or not my high schooler’s letter contained anything about marriage or kids. It probably did, but I if it did, it’s not the dream I remember most, which may be a part of why this birthday isn’t laden with disappointment or angst. I’m grateful to have loved and felt the joys of companionship in my life, but I’m just as grateful, if not more so, that I’ve learned to savor my independence.

They never ask you to write letters about things you hope won’t happen in the future. If they’d asked me to list things that scared me at the age of 18, there would have been a lot of them: heartbreak, loss, abandonment, sickness, failure, and change. Maybe we don’t catalog those fears because we know that they’re an inevitable part of getting older. Predictably, I’ve encountered them all, but I’ve also grown stronger because of them, taken comfort in their universality, and moved on.

The one thing I never counted on as a teenager—the element of my life at thirty that I’d have dreaded and avoided at all costs if you’d given me the chance to—was uncertainty. I’m no different from most people in that I hate uncertainty, and I’ve spent a good part of my life avoiding it: for my first 29 years, I lived in the same place, stuck to the same habits, and I chose a major and a career I knew I would be good at. Until I decided to become a post-bacc, and everything changed.

A few weeks ago, I attended a good friend’s birthday party in Brooklyn. An hour into the evening, as old friends of mine chattered away about their promotions and careers and down payments and mortgages and upcoming paid vacations, found myself overcome with a sense of gloom. Here I am, struggling to make my way through a program that I may or may not succeed in, pursuing a career I may or may not be cut out for, accumulating loans and debt while I live in a city that doesn’t quite feel like home, and I have no idea—really, no idea at all—what I’ll be doing or where I’ll live in two years. If you’d told me at 18 that I’d be feeling this way at 30, I’d have been horrified.

I recently relayed this story—the birthday party story—to my friend Sam. He smiled and said “well Gena, uncertainty is all around us, whether we’re aware of it or not. The only difference between you and your friends is that you’re more aware of your uncertainty right now.” Wise words, Sam. And it’s true—even the best laid plans can fall through or be overturned, and “stability” of any kind is always a little illusory. At 18, I foolishly believed that, if you pursue the right career and live in the right place and get the right promotions that enable the right level of financial security, you’ll be safe. I’m glad that growing older has at least shown me how naïve that assumption was.

So, here’s to being thirty and uncertain. Here’s to not being sure if I’ll be a doctor or some other sort of healer, to not knowing whether I’m going to have children or not, to not knowing where I’ll live, who my companions will be, where I’ll travel, or who I’ll meet. These open ended questions are as exciting and liberating as they are frightening and strange. May the next decade of my life—and all the ones after—make me braver, bolder, and more courageous. May they enhance my sense of humor and increase my sense of fun. May they fuel my passions and give rise to new ones. May they continue to teach me things. Most of all, may they give me the strength and agility I need to deal with all of the uncertainty that lies ahead.

Thanks for sharing this “big deal” birthday with me, CR readers. And, oh, yeah, before I forget: