What a week! Between the official release of my cookbook, a wedding upstate, nutrition counseling, and the usual culinary adventures, I feel as though time has flown since I posted my last batch of weekend reading. But here we are again, with a new crop of words and images for you to peruse. 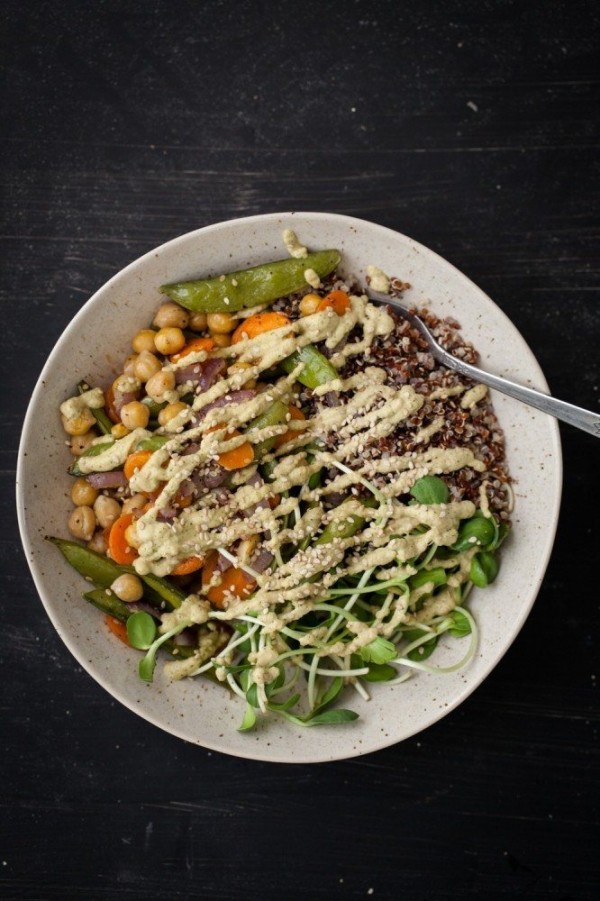 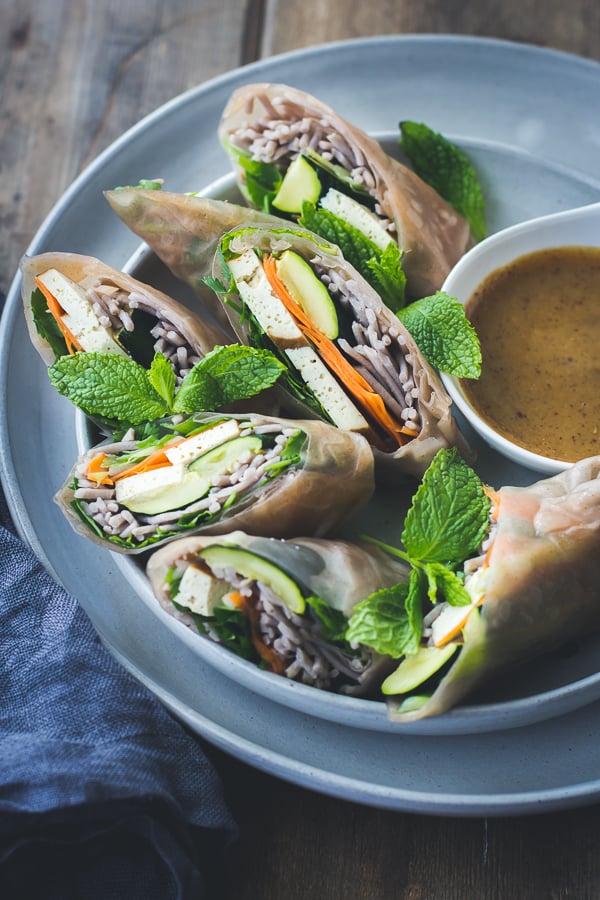 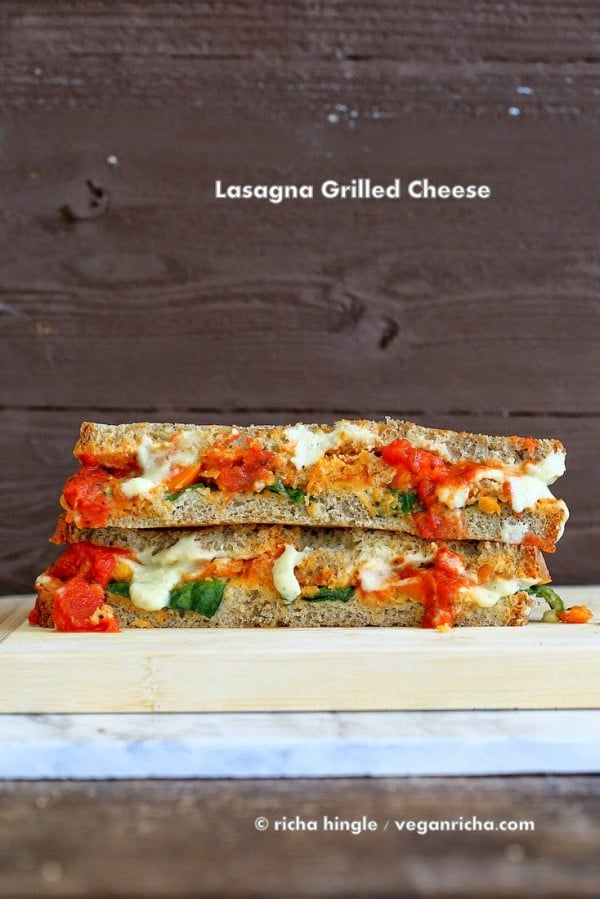 Speaking of finger food, or at least food you eat with your hands, oh my lord does Richa’s lasagna grilled cheese look spectacular. 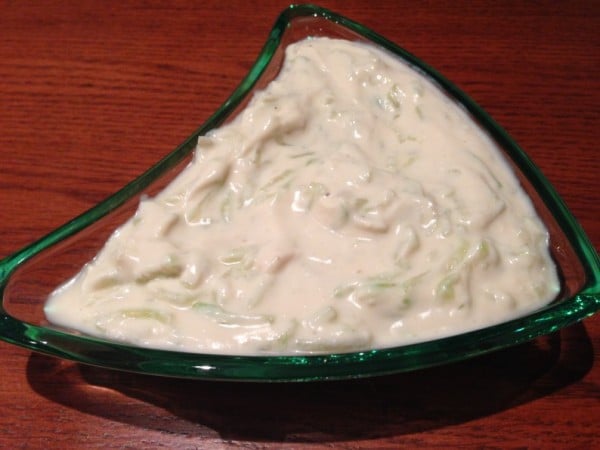 My inner Greek girl is freaking out over Michael’s vegan tzatziki. I’ve yet to make a really satisfying homemade version of this dish, and now I’ve got one to try out at home. 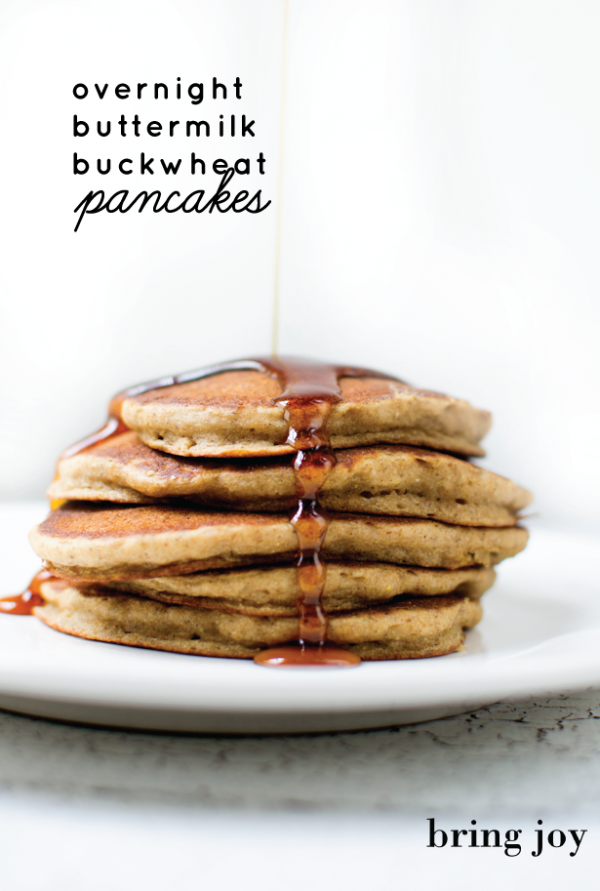 Finally, I’ve got my eyes on Janae’s vegan, gluten free buckwheat pancakes for a Sunday breakfast sometime soon. They earn major bonus points for ease, because you can prepare them the night before you cook them.

2. A pretty fascinating article about halophytes, plants that can grow in water with high salinity, and how they may offer both us biofuel and agricultural solutions.

3. Last week, we touched on the increasing prevalence of ag-gag laws, and how they’ve made it increasingly difficult for undercover activists to unveil some of the atrocities of farm operations. This week, I was pleased to see that CNN did a major feature on Compassion Over Killing’s new undercover investigation at a broiler chicken factory in North Carolina.

4. On a similar topic, an interesting article in Fortune about how the pork industry’s antics opposing animal welfare reforms.

5. Activist Justin Van Kleeck wrote a great and heartfelt piece for Our Hen House about how he and his wife, Rosemary, have started a micro-farm sanctuary on their three acre property in North Carolina. In the piece, he deconstructs some of his previous ideas about what a farm sanctuary was, and how it operates, making clear that big farm sanctuaries don’t have to have a monopoly over the practice of giving farm animals a compassionate home. He makes very clear that caring for farm animals is no trivial undertaking; it is a serious commitment, and one has to be emotionally prepared for the responsibilities it entails:

“I should emphasize that even a microsanctuary requires serious planning and research. It is important to be responsible in our rescuing and do our research before taking in species of animals we may not have experience with, each one having its own particular needs and issues. Rosemary and I had to learn a lot, from medical concerns to food to proper handling and housing, when we rescued our first chickens – and the learning never stops.

It is also important to be honest about our own abilities as potential caregivers before undertaking rescue missions. If we are committed to rescuing animals for their well-being, as we should be, it is always crucial to think as much about quality of life as quantity of lives rescued. Anyone who endeavors to take in animals should understand the need for sufficient finances, time, and energy to provide true sanctuary to animals who have already endured so much hardship and should not be forced to endure more. This means sometimes saying no, or sometimes facilitating a placement instead of taking an animal in. There is no end to the number of animals who need our help, but we must be realistic about what we can do, while always trying to find ways to do more.”

Yet Van Kleeck’s life and activism have so clearly been enriched by this undertaking. I was so inspired by his closing sentiments:

“…We have a rhythm in our relationships here, an understanding and a connection, which make it clearer to me than ever before that the lives of farmed animals are worth cherishing. And so it is by creating a microsanctuary and forging these relationships that I have come to truly understand why it is that I am vegan.”

Speaking of farm sanctuaries: have you guys heard of Esther the Wonder Pig and her now famous Instagram account? Esther’s two dads adopted her thinking that she was a mini pig, but she turned out to be a full grown, commercial pig. She’s now over 500lbs, and she lives in a small house with her two dads, two dog siblings, and two cat siblings.

Her dads have become vegan since they adopted her and became her guardians, and they are now embarking on buying a farm that they will turn into an animal sanctuary. They’ve raised the necessary $400k (of a $900k purchase price) to help buy the farm of their dreams (in Ontario, Canada); and now, a generous person has agreed to donate $5,000 if they can raise $10,000 (bringing them to about $417,000) in the next 34 hours. It would be so cool if readers who are interested in this story would be willing to look at their website, their indiegogo fundraising site, and their facebook page. We can all help make a difference in their fundraising efforts and all they want to achieve for all the animals they want to help, and I plan to donate just as soon as I hit “publish.” (The entire business plan is available for you to look at, if you are so inclined.) I’ve got my fingers crossed that Ester’s dads will create the haven of their dreams!

On that lovely note, Happy Sunday.

The process of clicking around in search of links for these weekend reading posts is always full of surprise and discovery. It’s often filled with emotion, too—grief, sadness, or excitement, depending on what I find and how it strikes me. This week, my heart ached and then celebrated along with Lily, who bravely shared her story of returning to the kitchen space after her mother’s death on Food52. “My mother was my portal into the world of the senses,” Lily writes. “She taught…