In the last few months, I’ve been reminded of why we use expressions like “heartache” or “broken heart.” It’s something you forget once your heart has been patched up and healed from whatever its last injury was, but the loss of love can be physically painful. It’s a heaviness, an ache in the chest. We read and hear about this all the time, but somehow it’s always surprising to experience it firsthand.

I was thinking about this when I read Brian Doyle’s 2004 essay on the capacity of the heart—the human heart, but also the varied hearts of other species. Doyle, an essayist and storyteller, passed away just last week at the age of sixty, due to a brain tumor, so the essay was reprinted as a tribute to his work.

Doyle begins by considering the hummingbird, a creature whose heart beats ten times every single second. Hummingbirds have ferocious metabolisms to help propel them through their nimble motions, but it comes at a cost:

The price of their ambition is a life closer to death; they suffer more heart attacks and aneurysms and ruptures than any other living creature. It’s expensive to fly. You burn out. You fry the machine. You melt the engine. Every creature on earth has approximately two billion heartbeats to spend in a lifetime. You can spend them slowly, like a tortoise and live to be two hundred years old, or you can spend them fast, like a hummingbird, and live to be two years old.

He goes on to note that we all have some sort of interior motion, some central churning or burning of energy that drives us forward:

I guess this isn’t an essay so much as a reflection, a brief consideration of how even the most diverse of species share an internal epicenter that animates our physical lives. Switching from body to spirit, Doyle notes how fragile the heart can be:

You can brick up your heart as stout and tight and hard and cold and impregnable as you possibly can and down it comes in an instant, felled by a woman’s second glance, a child’s apple breath, the shatter of glass in the road, the words I have something to tell you, a cat with a broken spine dragging itself into the forest to die, the brush of your mother’s papery ancient hand in the thicket of your hair, the memory of your father’s voice early in the morning echoing from the kitchen where he is making pancakes for his children.

I’ve always found it comforting to remember that the heart is a muscle, made for work and strain, thick and resilient. But it’s also true that no amount of musculature or repair stops our hearts from being open and vulnerable to pain—often from unexpected places or seemingly small memories, words, encounters. I like how Doyle illustrates the heart’s durability while also acknowledging its fragility, which never really goes away. And we probably wouldn’t want it to.

I’m glad I found some of Doyle’s work, though I’m sorry I didn’t come across it sooner. And I hope you’ll enjoy his reflection, along with the other articles. First some recipes, starting with breakfast and ending with a stellar dessert. 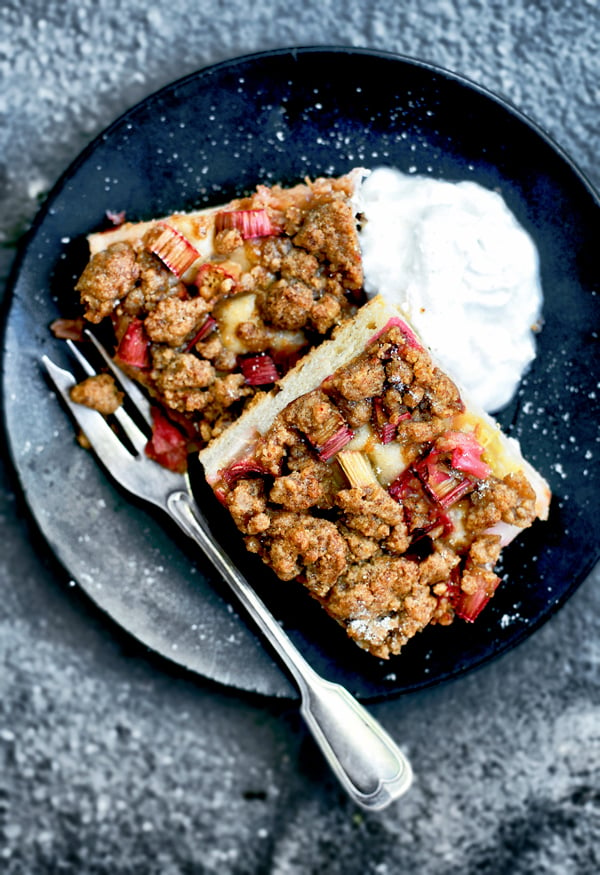 I haven’t made anything with rhubarb yet this spring, but now is the time, and when I do pick some up at the farmers market, I’ll be baking Alexandra’s beautiful vegan rhubarb streusel cake. It looks like coffee cake, but the base is actually a yeasted spelt dough, so the cake has some lightness to it. 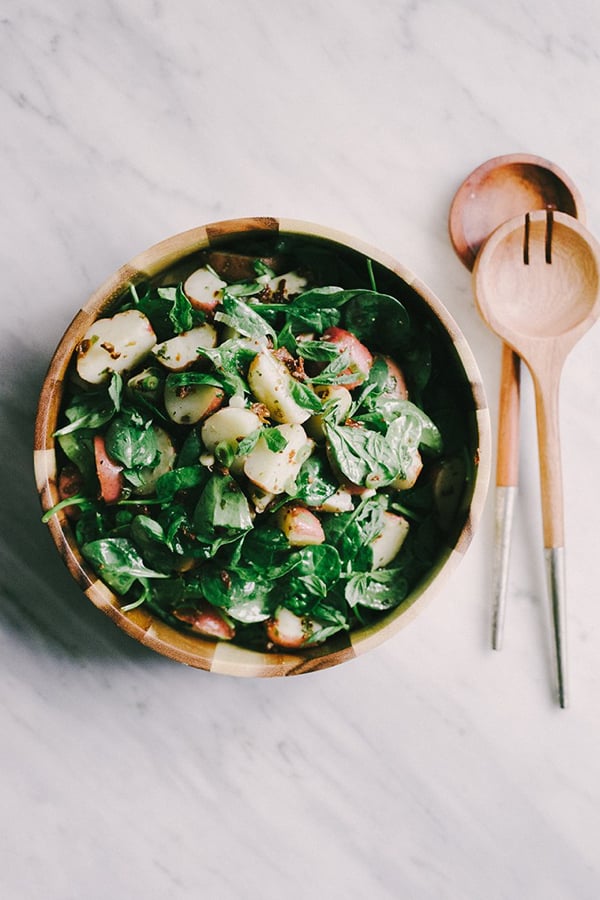 While I’m pretty partial to creamy potato salads, I like ones dressed in vinaigrette, too, and this mustardy springtime mixture from Our Salty Kitchen looks so fresh and tasty. 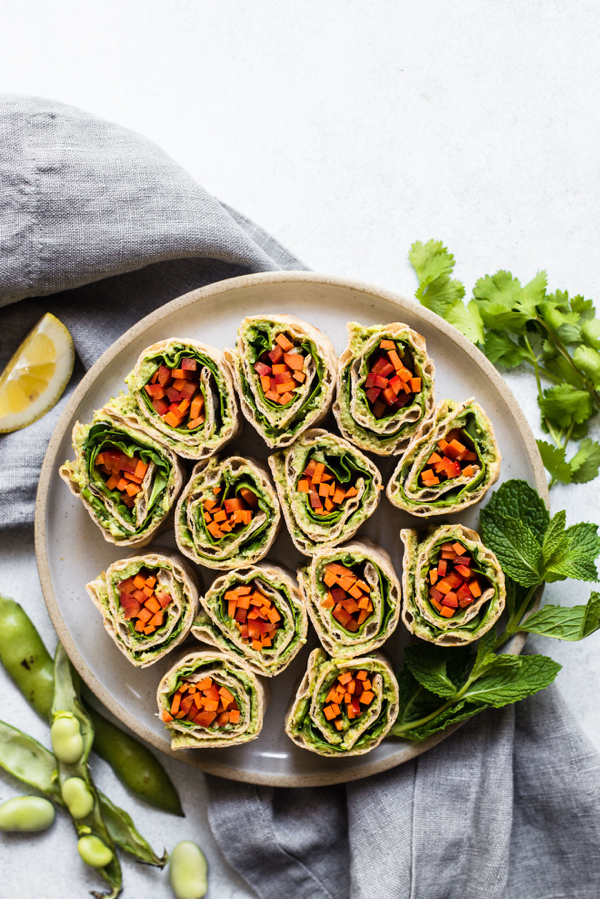 I love the idea of cooking fava beans, but I’m never entirely sure what to do with them except to make crostini. I love Lisa’s fresh, springy fava bean dip, and I’m especially loving the party-friendly vegan pinwheels she whipped up with it! 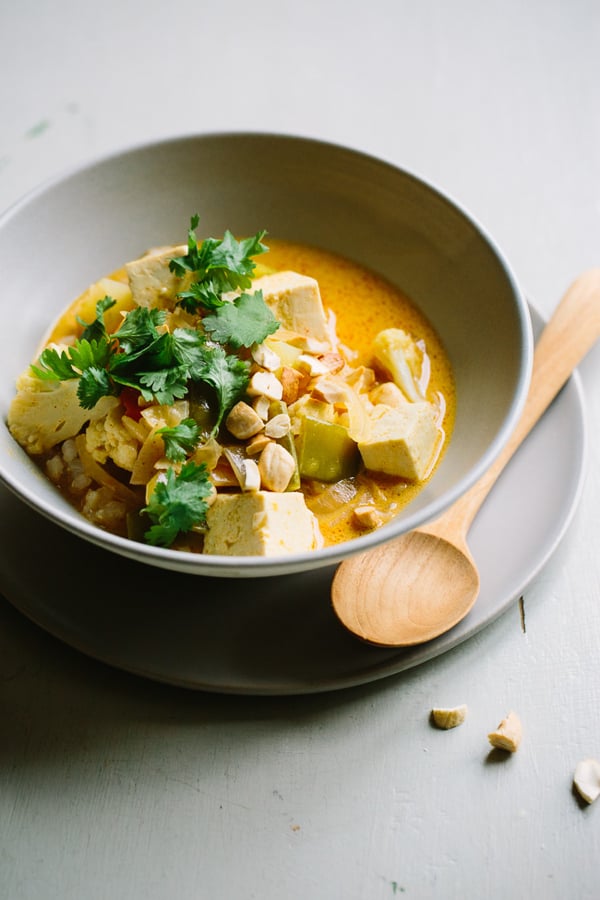 I think everyone could use a really great, foolproof curry recipe, or maybe even a few of them. Emily’s really good everyday curry is pretty much exactly what it sounds like: an easy, adaptable, stress-free curry for anytime. You can just omit the teaspoon of fish sauce, or you can try making some of your own with this recipe. 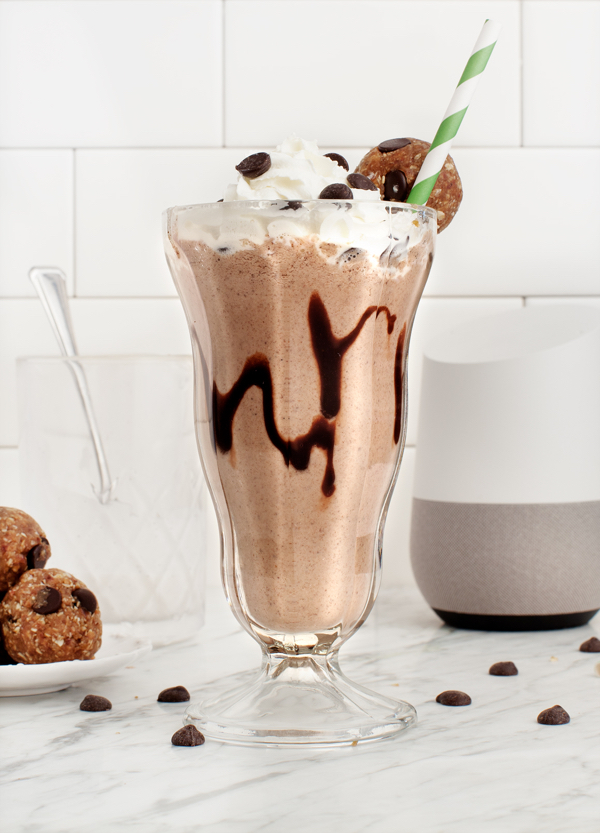 If it wasn’t enough to give us a recipe for vegan peanut butter milkshakes (yum!), Jeanine combines it with a recipe for peanut butter oat cookie dough balls, which you can serve with your milkshake and then keep around for sweet snacking. Loving everything about this summery dessert.

1. First, a thought-provoking article about the difficulties gyms and gym personnel face in knowing whether or not to talk to their patrons about eating disorders.

On the one hand, trainers and gym staff are in a unique position to spot exercise bulimia and addiction; on the other hand, there are lots of potential discrimination issues and privacy violations at stake. You can never tell from looking at a person whether he or she is fighting a battle with disordered eating, which makes the business of intervention (at least from outsiders) really tricky. Someone might be a normal weight or overweight by conventional standards and still be in trouble; a person might also be underweight because of an illness or another factor that has nothing to do with an eating disorder.

I took a yoga class last year in which a very underweight person practiced and ultimately had to leave the room. I wondered how the studio and instructor staff must have felt about her taking the class, but I also wondered whether the alternative–confronting her or encouraging her not to practice–would have been better. Something about keeping any person out of a yoga studio feels so wrong.

I was also really surprised at how angry the woman’s presence in the studio seemed to make other practitioners, who spoke about the incident after class. Many people were furious that she had practiced at all. I can definitely understand how the situation might have been triggering or upsetting, but at the same time, I felt an absence of empathy. EDs are mental illnesses, and I doubted that the young woman–assuming she had an eating disorder–wanted to be the center of attention or upset other people. Perhaps she had come to yoga in an effort to treat herself more compassionately, in which case the intention would have been a meaningful one, even if her body wasn’t up for it.

2. An interesting and readable article on allergies and autoimmune diseases in our modern world.

3. This article delves into why many adults continue seeing pediatricians long after their childhood years are over; one reason is that chronic childhood illnesses are better managed now, which means that people live with them longer. They may not wish to switch over to new practitioners if their pediatricians are really intimate with the details of their medical histories.

4. A really troubling article on the global shortage of penicillin–a drug we have enough of, but are failing to make in sufficient volume because it isn’t as profitable as others.

5. Finally, Brian Doyle on the heart.

Hoping you all savor the rest of this Sunday. Tomorrow, I’ll be posting a new bowl recipe, one I like so much that I’ve had it for dinner a couple nights in a row. Stay tuned!

Just yesterday afternoon, I stumbled on this piece of photojournalism. It describes what refugee families in the Diffa region of Niger are eating with the few food staples they can obtain. Buzzfeed reports, Nearly one in five people are victims of food insecurity in landlocked Niger, one of the poorest in the world. The reasons are both man-made and natural. The vast, largely agrarian country experiences a rainy season for only two months each year — and, with climate change causing havoc in…