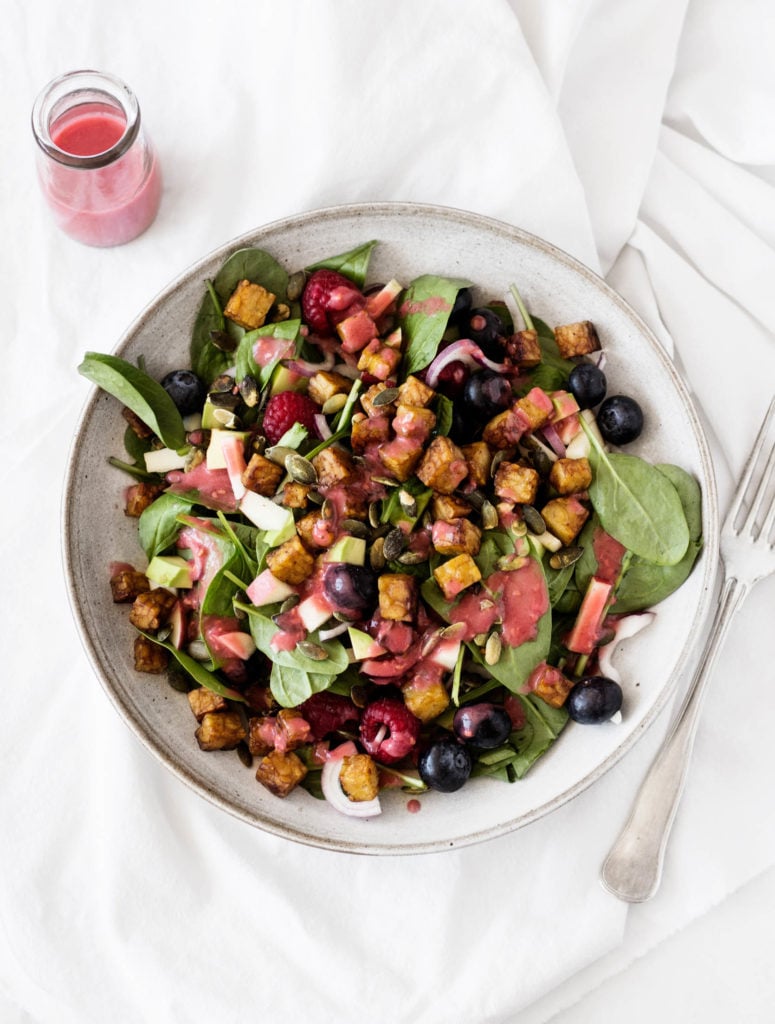 As you’ll see, this recipe for berry, spinach, and seared tempeh salad with raspberry vinaigrette features ingredients that may help to fight off seasonal allergies. But first, here’s the back story:

When I moved to D.C., my seasonal allergies, which had always been occasional and mild, suddenly became frequent and aggressive. In addition to the usual runny nose and puffy eyes, I would get crushing sinus headaches, fatigue, and an odd kind of lightheadedness. No fun at all, especially not during long organic chemistry study sessions.

Claritin really helps, but I’ve also done my best to explore complimentary remedies through food and herbs. I did some polling online, and this is a sampling of suggestions I got from readers on Facebook:

I admit, I’ve tried many of these, and while nettles seem to show promise so far, a lot of them (including, I’m afraid), the neti pot, don’t seem to be helping.

Still, I’ll keep trying, and in the meantime I’m also trying to emphasize foods that are rich in Vitamin C and quercetin. Quercetin is a compound found in red onions, in berries, and in tea (among other sources) which may reduce allergic inflammation and symptoms. Quercetin supplements exist, but since onions, berries, and tea are quite commonplace within a plant-based diet, it’s easy to combine them in recipes–and this sweet salad is a great example.

The salad combines a lot of ingredients that I wouldn’t normally think to pair, including fresh berries and tempeh. But I loved the results. The berries and vinaigrette add lightness and summery flavor to the salad, while the tempeh adds earthiness, umami, and tons of plant based protein. It’s a really interesting mix of flavors, if you can forgive the oddness, and I hope you’ll like it as much as I did.

I love how this salad pulses with color! And it’s full of texture, too. 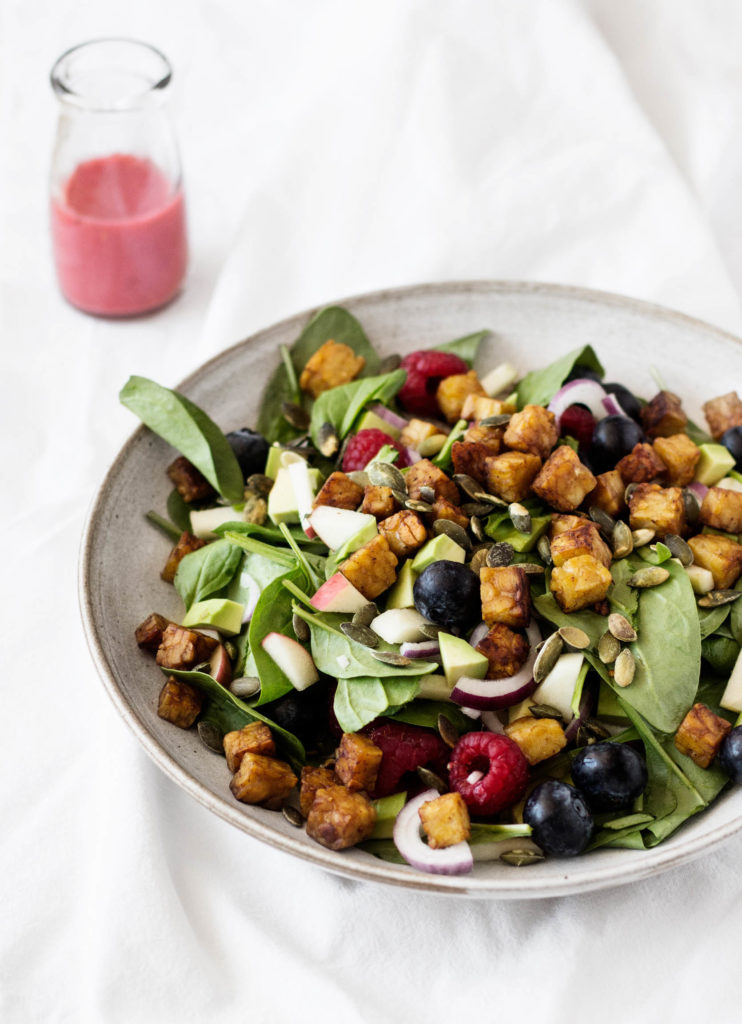 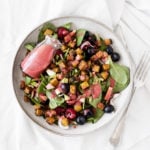 For the Raspberry Vinaigrette

Dressing makes about 1 1/2 cups. It can be stored in an airtight container in the fridge for up to 1 week. Thinly sliced, raw red onion can be substituted for the pickled onions, if using. 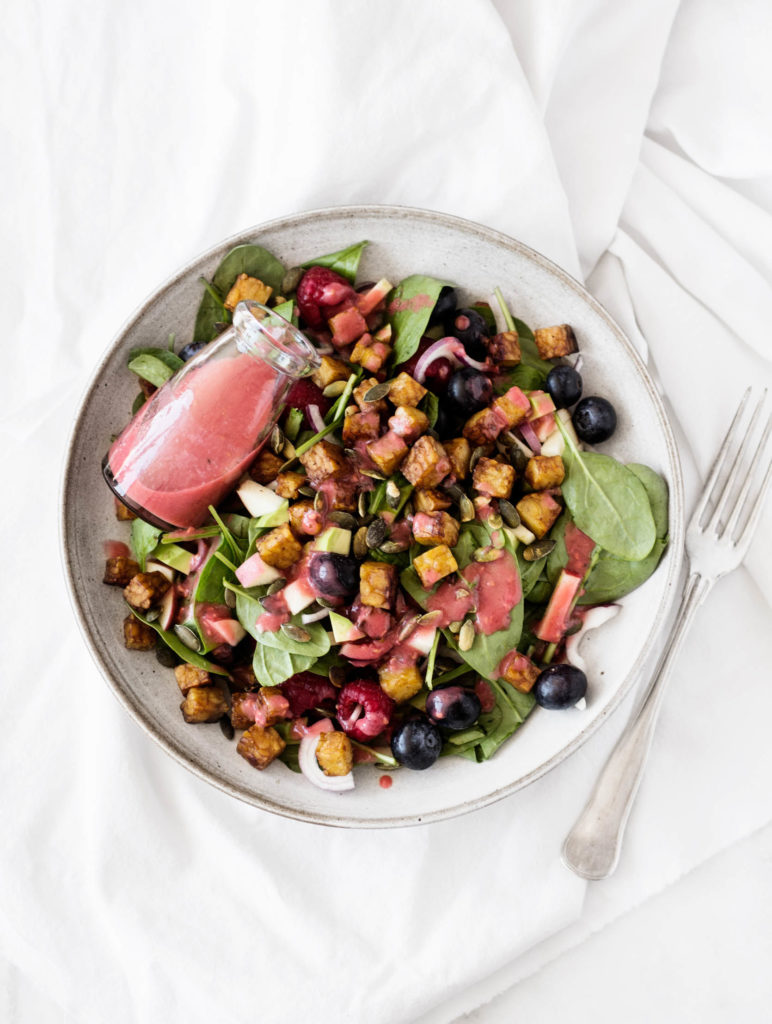 Serve the salad with a couple slices toast, a grain pilaf, or a hearty legume soup to make it a complete meal.

Hope this post is helpful to all of my readers who are sniffly, sneezy, or sinusy right now!