Discussion of THE CHINA STUDY, and a Chance to Win a Free Copy 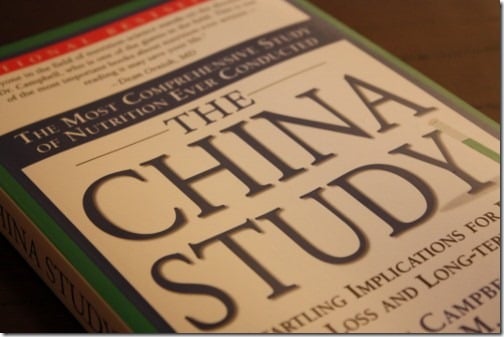 I can’t thank you all enough for the generous and humorous responses to yesterday’s post on managing bad days. I’m especially grateful to my readers in the health care professions for assuring me that failure to finish physics lab won’t ultimately doom my career in medicine. That’s heartening, and sort of what I suspected. But I needed to hear it.

A few weeks ago, when I attended Brendan’s speaking event at the James Beard Foundation, I was gifted with a copy of THE CHINA STUDY as a party favor. I was happy to get it, of course, but also an unworthy recipient: I own the book already, and I, like many vegans, have read it more than once. It’s responsible for single-handedly making more vegan converts than almost any book I can think of—except, maybe, for ANIMAL LIBERATION.

What makes it different from ANIMAL LIBERATION, however—and other books about veganism—is that it appeals to readers on a purely scientific level: the book doesn’t set out to illustrate the cruelties of meat or dairy production (though sometimes I wish it did more of that), but rather to prove that animal foods are inherently deleterious to human health, at least when eaten more than occasionally. It doesn’t discourage animal foods primarily on the familiar grounds of cholesterol or fat—though the author, Colin Campbell, does analyze those things—but rather with the claim that casein, or animal protein, promotes tumor growth when eaten in excess. So, grass fed, skim, or organic, it doesn’t matter: eat enough animal protein, and you may be increasing your cancer risk.

Campbell came to these findings by studying more than 350 variables of health and nutrition with surveys from 6,500 adults in more than 2,500 counties across China and Taiwan (hence, THE CHINA STUDY). For that reason, the book’s claim to be “the most comprehensive study of nutrition ever conducted” isn’t without validity. It also illustrates how the so called “diseases of affluence”—heart disease, cancer, diabetes—are largely attributable to eating animal foods in excess, and studies how Eastern diets, which are lower in animal foods, don’t encourage those same conditions.

Campbell, a practicing doctor on faculty at Cornell when he did this study, risked his reputation and his university security to publish his findings; the sheer volume of his data and research is exhaustive. I appreciate this book because, unlike so many books on nutrition, it’s not packed with hazy generalizations. It’s chock full of charts and footnotes, and it’s not always a lark to read, but it’s very authoritative: 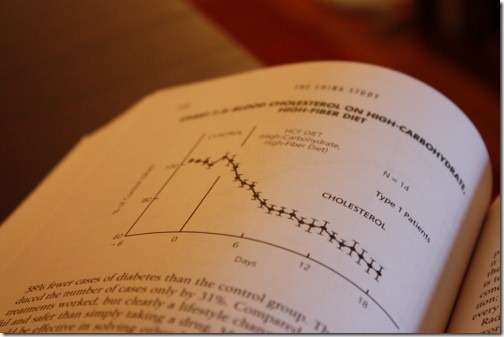 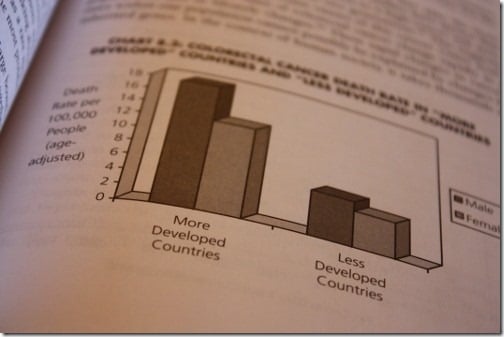 I can’t tell you how many people have told me that they began reading THE CHINA STUDY, and by the time they were finished, they’d committed to veganism for good. Interestingly, it seems to have a bigger impact on male readers than female—I’m still not sure why that is! Whatever the case, the book does what others don’t, which is to persuade skeptics that veganism is not only safe, but preferable to traditional, omnivorous diets. For that reason, I’m also a huge fan of THE CHINA STUDY, and I often recommend it to people who are interested in the health benefits of veganism.

It’s also worth coming clean and saying that I don’t always like how THE CHINA STUDY has been embraced by the vegan community. A lot of vegans treat the book like the holy grail, holding it up as incontrovertible proof not only that veganism is good, but that all omnivorous diets will kill you. The problem is, this is just one book, and using it as a gospel is mighty dangerous. Nutrition is a complex field, and no matter how responsible a researcher Campbell is, I don’t believe we should ever use one scientific study as proof of anything. We need a wealth of research to call something fact, or even likely. (To put this in the context of another example, the Framingham Nurse’s Study was once hailed as unilaterally authoritative, but now some researchers suggest that some of the correlations were overstated.) Big, important studies like these are enormous achievements, and they help us to become aware of things we didn’t know before (like the major link between casein and tumor growth) but we have to be careful when we begin to consider them proofs.

And that’s what many vegans do with this book: perhaps because they need to feel that their lifestyle choices are legit, or perhaps in order to persuade skeptical friends and family, they treat THE CHINA STUDY as gospel. That’s fine, but I simply don’t agree: I think the book is one of many highly persuasive and illuminating books about the benefits of plant-based diets, and the dangers of high-animal protein diets. Vegans are exposing themselves to a lot of valid rebuttal if they pin their arguments to one source, and indeed a lot of the methods Campbell used have been persuasively critiqued—mostly by anti-vegans and fanatical paleo eaters, who get no love from me, but also by reasonable doctors and nutritionists.

I believe that veganism is the only ethical choice in the world in which we live, and I wish that, to underscore my beliefs, I could also tell everyone that it’s the only healthy choice. I have a hard time understanding how anyone could ignore the suffering caused by the food they eat, and care only about a diet’s health benefits, or how likely it is to help you lose five pounds, or run a faster mile, or fit into a little black dress. But the sad fact is that a lot of people really only think about what they eat in terms of personal gain. Do I respect that? No. But if someone asks me if veganism is the only healthy lifestyle, I’ve got to be honest and say no: I believe that a vegan diet is one very reliable way to be healthy, but not the only way. A person can thrive so long as he or she eats animal food in strict moderation, avoids processed junk, and eats an abundance of plant foods.

But I understand why people get so excited about THE CHINA STUDY: it’s a big, exciting, and important book that lends so much credence to the very real benefits of veganism. I would just caution any vegan against pinning all of his or her reasoning to one single study. And the good news is that none of us have to: there are so many great reasons to be vegan, and so many books and movies and dialogues to prove it, that we needn’t get overly zealous about one of them.

With that said, everyone should read THE CHINA STUDY: if only to make up their own minds! So I’m giving away my extra copy of Colin Campbell’s famous opus. There are three ways to enter:

2) Tweet the following: @choosingraw is giving away a free copy of THE CHINA STUDY. Click here to enter: http://bit.ly/gl8jnA

3) Mention the giveaway on your blog

Leave a comment on my blog for each of your entries! I’ll announce the winner on Friday, February 18th.

And now, for those of you who have read THE CHINA STUDY: what are your thoughts on it? Like? Dislike? Do you agree with me that some vegans tend to get a little…religious about it? Why do you think that is? 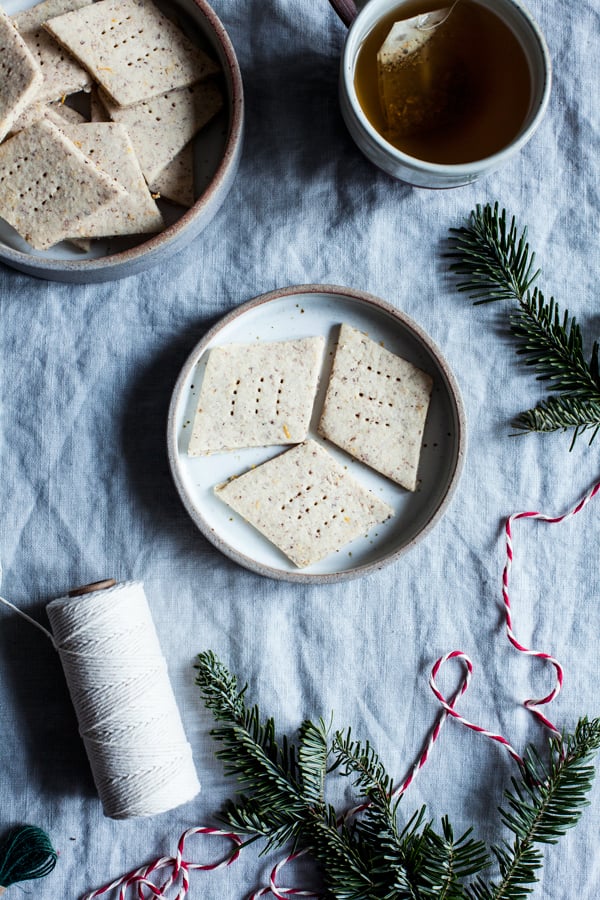 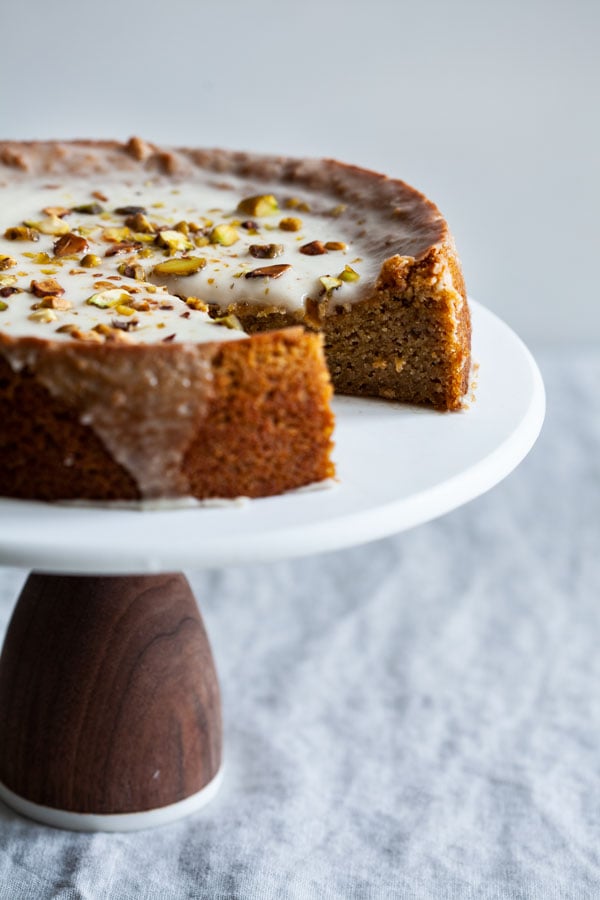