At the end of this month, it will officially be a year since I moved from NYC to Washington, DC. In the year I’ve been here, one of my favorite activities has been to explore the city’s wonderful and varied yoga scene.

Like many yogis, I call one studio “home”: that’s Laughing Lotus in NYC, mostly because it’s where I learned—in fits and starts—to appreciate yoga. No trip to NYC is complete without many, many early subway rides to 19th street, where I’m welcomed back to Laughing Lotus with the familiar smell of Bengal Spice tea and the sight of electric pink walls. I have, however, been pleasantly surprised by how varied and excellent the yoga studios in DC are. I have a “home” studio here, too, which is Down Dog in Georgetown (full review here), but I’ve also tried classes at Tranquil Space and Yoga District. This week, I made my first trip to Flow Yoga in Logan Circle.

Last summer, as you surely gathered, was bumpy. The combined stress of moving, changing careers dramatically, and being put through the ringer of 2 semesters of general chemistry in 10 weeks was a little more than I could handle, and the result was a lot of tears, both private and public. I cried on the D6 bus, in various Georgetown University restrooms, and—most often—in yoga classes. I’ve always thought that the yoga studio is a good place to allow oneself to feel things, but I had never before spent so much time getting verklempt on the mat.

On one particularly tearful day, I decided to lift my spirits by wandering into a 90 minute class at Down Dog with Shawn Parrell. I was grateful to be at Down Dog that day, where sweat runs down one’s body so profusely that no one would ever notice a few tears. At some point during dancer pose, though, I got the feeling that Shawn sensed my glum mood. She walked over to me and pressed her palm against the palm of my extended hand, and she held it there as she glanced at me compassionately for the remainder of the pose.

Yoga teachers touch so many lives each and every day that they often must forget about the impact of a single glance, adjustment, or kind word. I, however, have not forgotten what a little empathy, communicated only through eye contact and touch, meant to me that day. So it was with great excitement that I decided to check out Shawn’s class again this week with my good friend Dasha—only this time, it was at Flow Yoga, and not at Down Dog. (Shawn teaches at both studios, but more regularly at Flow.)

I’ve heard Flow Yoga compared to Laughing Lotus in terms of style and variety, so I was of course very excited to experience it. Now that I’ve been, I’d actually maintain that the DC studio most like Laughing Lotus is probably Tranquil Space (which I love). That said, Flow is lovely in its own right: it’s one of the most “zen” feeling studios I’ve ever been to. The interior of the entrance area features cozy window seats and fresh tea brewing. The studio is tucked into a townhouse, so you feel as though you’re entering a private, secluded space. And the staff members are insanely friendly: as soon as I entered, they coached me painlessly and enthusiastically through the sign up process.

One of Flow’s strength’s is the variety and volume of its class offerings—85 classes or so per week. Many of them are early classes, which I love. I’m always bummed out when a yoga studio doesn’t offer classes until 9 or 10 AM, which is well past my my preferred (and logistically possible) morning exercise hours. The classes themselves are also varied: everything from astanga to restorative yoga to vinyasa flow. A vinyasa lover myself, I checked out the hour long vinyasa flow class, level 1.5. I’m usually a level 2 person, but I like taking levels 1 and 1.5, too, because they force me to work on alignment and posture (rather than a speedy flow and lots of inversion work).

Our studio was calm and quiet, and a slight breeze from an open window was welcome. If I have any criticism of the studio, it’s that we were set up with mats facing each other (in other words, both halves of the room were facing toward the center of the room, so half of us looked at the other half); this was a little new to me. But I liked the “feel” of the studio, and I loved Shawn’s selection of music. After practicing at a no music studio for a year, the music was very welcome!

The class was exactly what I needed: it was elegant, with lots of “slow flow” moments, which is a welcome change from the breakneck pace and crazy heat of Down Dog. That said, the class was often challenging: Shawn had us hold several poses for a long time (including several whole minutes in a low shiva squat—yikes! feel the burn!), and she had us do some very effective ab work at the end of class. I felt it the next day, for sure. It was also nice to experience a different sequence of poses than what I’m used to; trying new studios is always healthy for that reason.

As usual, Shawn was a soothing, insightful, challenging-yet-warm instructor. Toward the end of class, she decided to tug at everyone’s heart strings by reading from Margery Williams’ The Velveteen Rabbit: not your usual Sanskrit or Mahabharata, but incredibly relevant and poignant nonetheless.

“What is REAL?" asked the Velveteen Rabbit one day…"Does it mean having things that buzz inside you and a stick-out handle?"

"Real isn’t how you are made," said the Skin Horse. "It’s a thing that happens to you. When [someone] loves you for a long, long time, not just to play with, but REALLY loves you, then you become Real."

"Does it hurt?" asked the Rabbit.

"Sometimes," said the Skin Horse, for he was always truthful. "When you are Real you don’t mind being hurt."

"Does it happen all at once, like being wound up," he asked, "or bit by bit?"

"It doesn’t happen all at once," said the Skin Horse. "You become. It takes a long time. That’s why it doesn’t often happen to people who break easily, or have sharp edges, or who have to be carefully kept.

This quote got me thinking about relationships and imperfection. It reminded me of a quote I recently discovered from the lovely Victoria Moran, whose book, Main Street Vegan, will be reviewed very soon on the blog. She says:

Like many people, I spent the early years of my love/dating life trying to make myself more loveable, which to me meant trying to eliminate flaws. No matter how many times we’re told that people who really love you love the flaws and imperfections, too, it is not a lesson that comes easily, least of all to us perfectionist type like me. And love—be it familial, platonic, or romantic—entails confronting one’s own imperfections very often. To quote Jonathan Franzen (whose anti-technology tirades annoy me lately, but I still appreciate much of what he has to say):

The simple fact of the matter is that trying to be perfectly likable is incompatible with loving relationships. Sooner or later, for example, you’re going to find yourself in a hideous, screaming fight, and you’ll hear coming out of your mouth things that you yourself don’t like at all, things that shatter your self-image as a fair, kind, cool, attractive, in-control, funny, likable person. Something realer than likability has come out in you, and suddenly you’re having an actual life.

This “actual life” sounds a lot like some of what Williams is talking about when she talks about “becoming real”—in her story, being threadbare and “ugly” may be a metaphor for the foibles that Franzen is talking about when he talks about showing one’s own true (and flawed) self to another person. But in both cases, the upshot—to allow yourself to be fully known and appreciated—makes the risks and discomfort worth it.

OK, so this may feel like a slightly oblique topic for Choosing Raw. But I don’t think it is, at least not insofar as many of my readers are perfectionists too, if in no other arena than in trying to eat “perfectly” and have the “perfect” body. Two weeks ago, we had a very good conversation here about the danger of body molds, be they fitness-oriented or size-oriented. Today, I thought it would be good to remind everyone (myself included) that self-acceptance is not only a matter of shape, which is the usual focus of food/fitness blogs. It’s also a matter of appreciating one’s own character, weaknesses, faults, and mistakes included; it’s a matter of learning to recognize, but quickly move on from, regret. That’s being “real.”

If you’re a DC resident, do give Flow Yoga a visit. You’ll enjoy the peaceful environment, the compassionate instruction, and the practical advantages of a huge range of class offerings.

And the complimentary tea is pretty great, too.

Speaking of imperfection: I am a very imperfect organic chemistry student. I am, in fact, failing the class. The final is tomorrow at 12:30 pm; I’d be super grateful if you guys could send some good luck—or rather, “hope there’s a curve”—wishes my way! 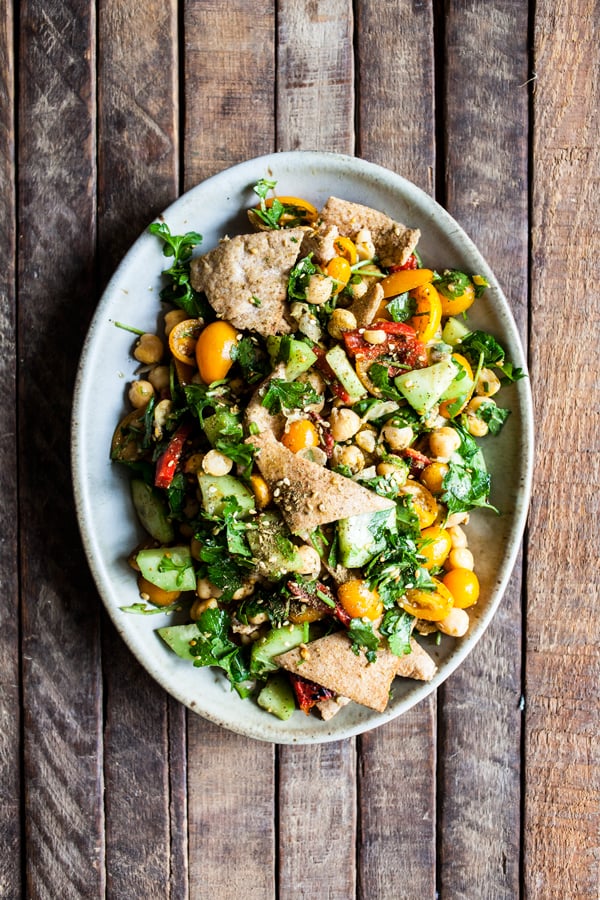