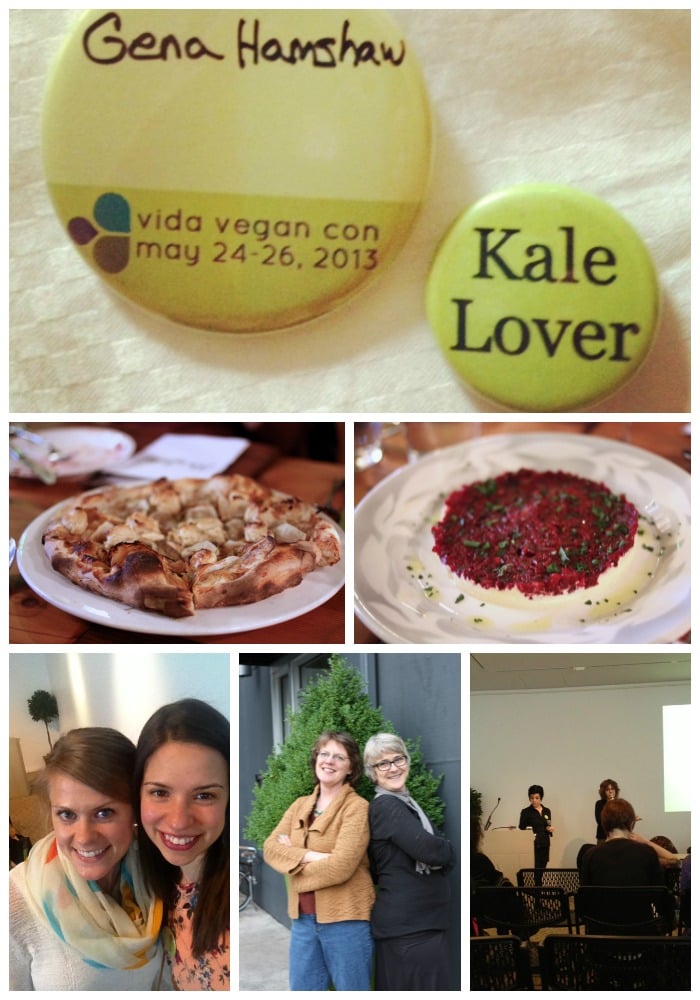 When I left off my #VVC2013 posts, I was going to bed early after a fun filled Thursday that was nonetheless shadowed by a nasty ear infection. On Friday morning, I woke up refreshed and on the mend, which was perfect timing for me to lead my morning writing workshop.

The title of this workshop was “blog writing as writing.” What does that mean? Well, in spite of the fact that the blogosphere is increasingly recognized as a place where great writing happens, there’s still a tendency, I think, to be a little dismissive of the work created on blogs. I myself often think things like, “well, it doesn’t have to be perfect, it’s just a blog post” all the time. I do think it’s important that blogging retain its own style and conventions, but I also believe that we should hold our blog writing to some of the same general standards we apply to print work. My workshop was for those people who have come to regard their blogs as places where they actively work on the craft of writing, either for their own sake or perhaps with the ultimate intention of transitioning into book writing.

I used lessons I learned in my past life as a book editor as guiding principles for this chat. I identified eight qualities that I was taught to look for in narrative non-fiction, and translated them into the blogging realm, also identifying some of the associated blunders that stand in our way. The blunders I identified were the ones I’ve fallen into most frequently in my own life as a blogger. Of course, there are no hard and fast rules; what works for one writer (or even most writers) may not work for you. But these were the general tips I offered those at the workshop. Maybe you’ll find them useful, too.

This is just a fancy way of telling you to have a shape, a set of goals, and a thoughtful progression throughout your piece of work. Avoid “brain dumps,” which can capture meaningful emotion or show a thought process, but often leave readers feeling lost. Remember, you don’t have to say everything in one post.

As you write, try to share your own unique perpective, rather than deferring to other peoples’ points of view. Of course it’s good to mention ideas or viewpoints that inspire you, but also try to show your readers who you are and what you think.

When I started my blog, I was meticulous about copyediting all of my posts. In the last two years, word repetition and grammatical mistakes have multiplied as I grew shorter on time. What I’ve learned is that if you need to wait a day or a night to post, wait. Better to put something polished out into the world than just say something quickly for the sake of saying it.

The blogosphere is full of memes: recipe ideas that take off, little blogger expressions that end up as hashtags everywhere and on everything. But when you start to use other bloggers’ writing styles and formats as inspiration for your own posts, you can dilute your voice. Readers love an original perspective, and from your own point of view, it’s much more energizing to write as yourself than it is to worry about whether or not you should be writing like this person or that.

Tip #5: Be authentic, even as you grow your blogging business

Many bloggers are trying, whether through ad networks, sidebar ads, or services offered, to make some money through blogging. It’s great to monetize our passions through blogging, but try not to overpromote or allow SEO catch phrases to dominate your writing style. One great tip I got from a fellow blogger this weekend is to edit for searchability after the fact (probably something a lot of bloggers do, but it was news to me!).

Blogs are made richer by depth and diversity. But it is useful to hone in on a few things you’re going to blog about in detail, and learn to omit others. Sometimes trying to do everything often means doing each thing a little less precisely. Pick a focus, or a few. Be true to them. If you have very divergent interests, you may even consider having a seperate blog for one that stands alone.

Evolution is a part of life, so it’s also a part of blogging. It’s awesome to grow, and to chronicle your growth through blogging (I myself have changed a lot, personally and professionally, and CR has been an ongoing chronicle of the process). But readers are drawn to consistency, too, and a sense of self. When you do change your perspective on something major, take time to digest the shift before instantly blogging about from a new point of view. Don’t switch up your blog focus or tone the way you change your wardrobe. When something does change, take a moment to address that change, so that readers are clear on how and why you’re evolving.

Rambling is the blogging faux pas to which I am most prone, so I’ve learned this lesson the hard way! Long, rambling, hazily focused blog posts, no matter how thoughtful, lose readers. Take an extra hour or two to edit your work. The resulting work, in my experience, is always a stronger.

Those were my tips–after that, I opened it up to questions! I got a lot of great ones, including questions about branding, about what to do when you have two very different focuses as a blogger, about whether it’s OK to write a follow up post to a particular juicy post, and about handling negative comments. I thought it was a great discussion. It was definitely a bit odd presenting on the topic of writing, because I learn something new about it every time I write a blog post, and I don’t really feel like an “expert.” But I hope that my own lessons were helpful to others.

What about you, CR readers? What are some of the blogging “traps” you fall into? Burning questions about finding/refining your voice? I’d love to hear your feedback!

After this panel, I could relax for the rest of the day and be a spectator! First, I saw the inimitable Ginny Messina give a presentation on presenting nutrition responsibly. This presentation reflected some of the themes that Ginny covers so eloquently on her blog: discouraging restrictive diets that put vegans at risk for deficiencies or being undernourished; relying on strong experimental data, rather than anecdote, to draw conclusions; and presenting a vision of veganism that both renders it accessible and also doesn’t disregard some of its potential risks. Ginny’s a great public speaker and had lively, often hilarious power point slides to back up her points. I also got to meet Kristy, who is one of my blog crushes! I was so excited to spot her in Ginny’s talk, and we connected right after. She’s every bit as sweet, smart, and wise in person as she is in words. Her husband, Chris (who is the photographer for the blog) is hilarious, observant, and warm. 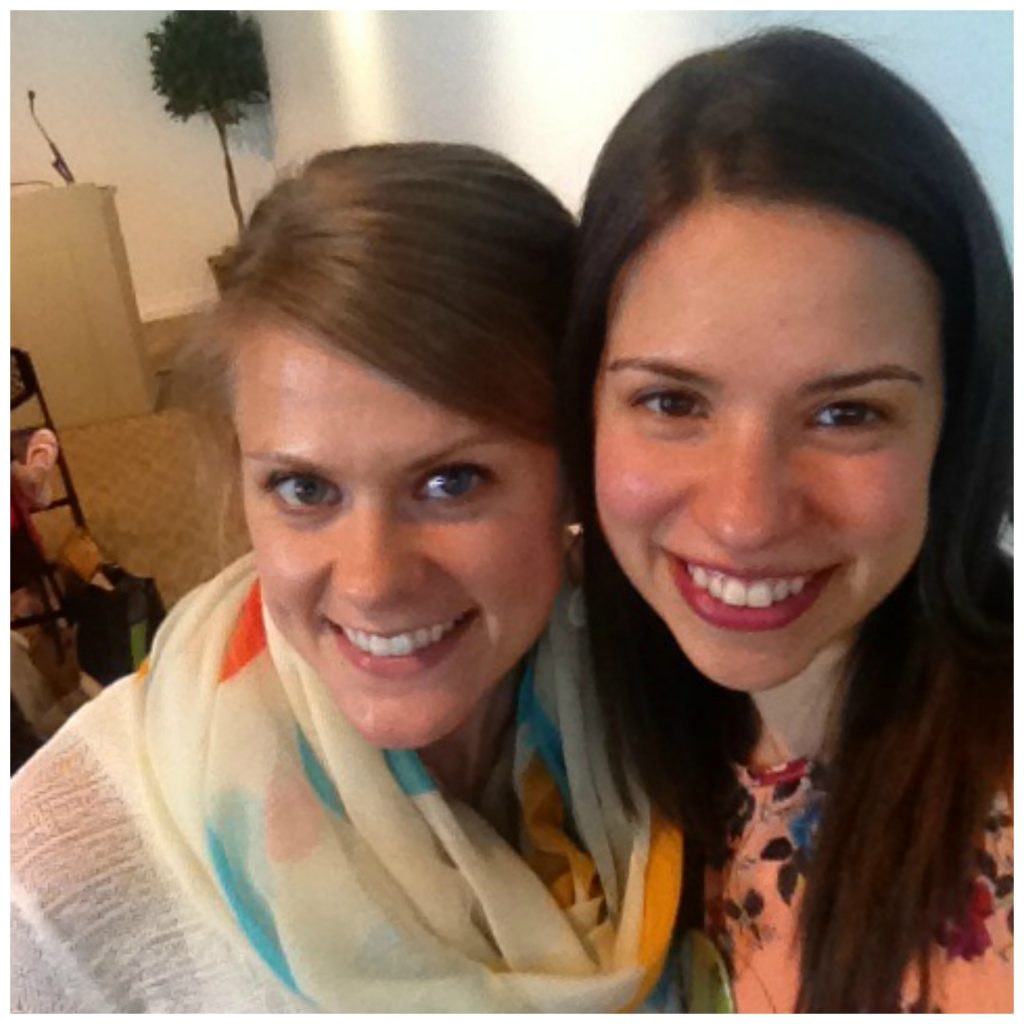 Later, I saw Jasmin and Marian give a great presentation on how to incorporate animal rights messaging into your blog. I’m always looking for inspiration on how I can speak up for animals on my blog, and Jasmin and Marian’s suggestions were practical, gentle, and galvanizing. 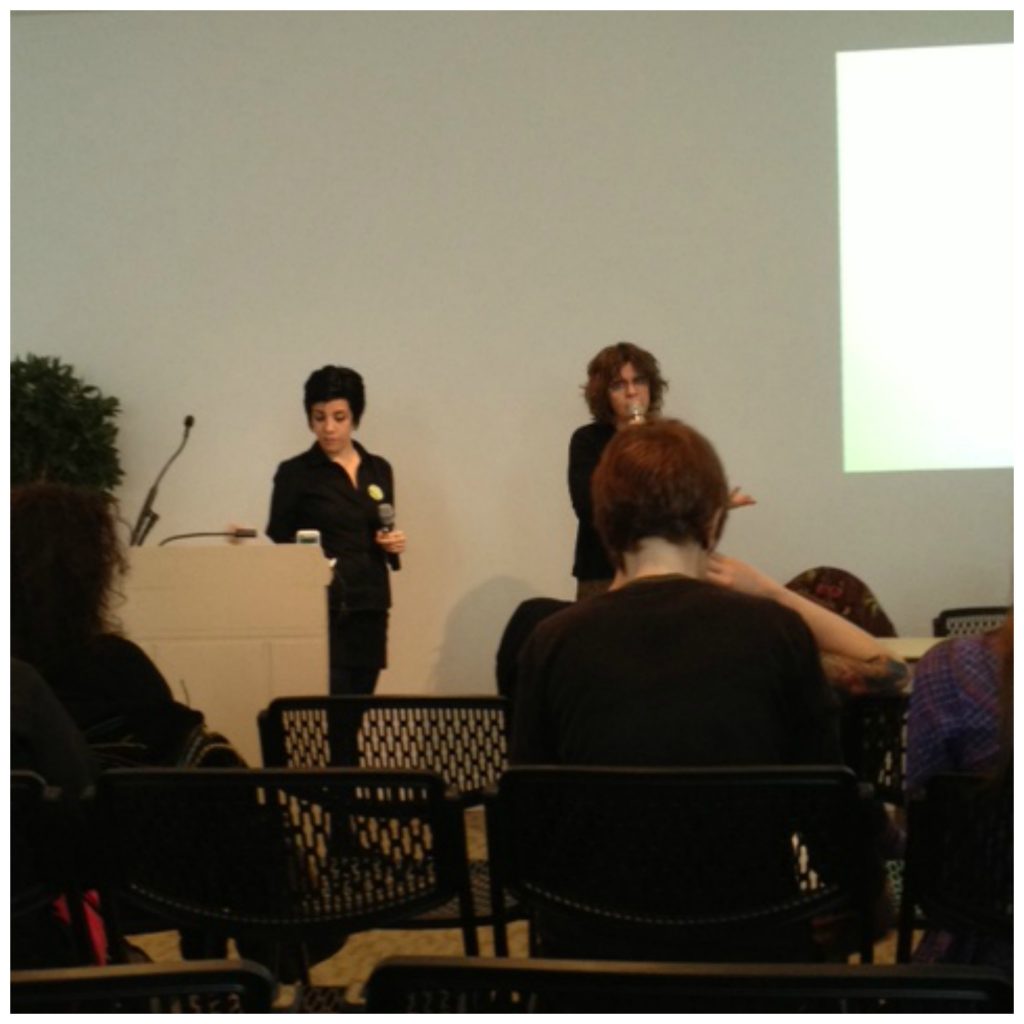 After that, I needed a little solo breather–I tend to be extroverted and love social time, but I do thrive off of my alone time as well–so I headed to YogaPearl for a nice power vinyasa class before going home to change for dinner at Portobello with JL, her husband Dave, and Ginny.

The last time I went to Portobello, I enjoyed a lavish meal with friends from VegNews magazine. That dinner was one of the best I’ve ever had, so I had told myself that no subsequent meal at the restaurant could ever be quite so stunning. I was wrong. Every meal at Portobello, it seems, is a meal to remember — especially when one is in the company of friends! 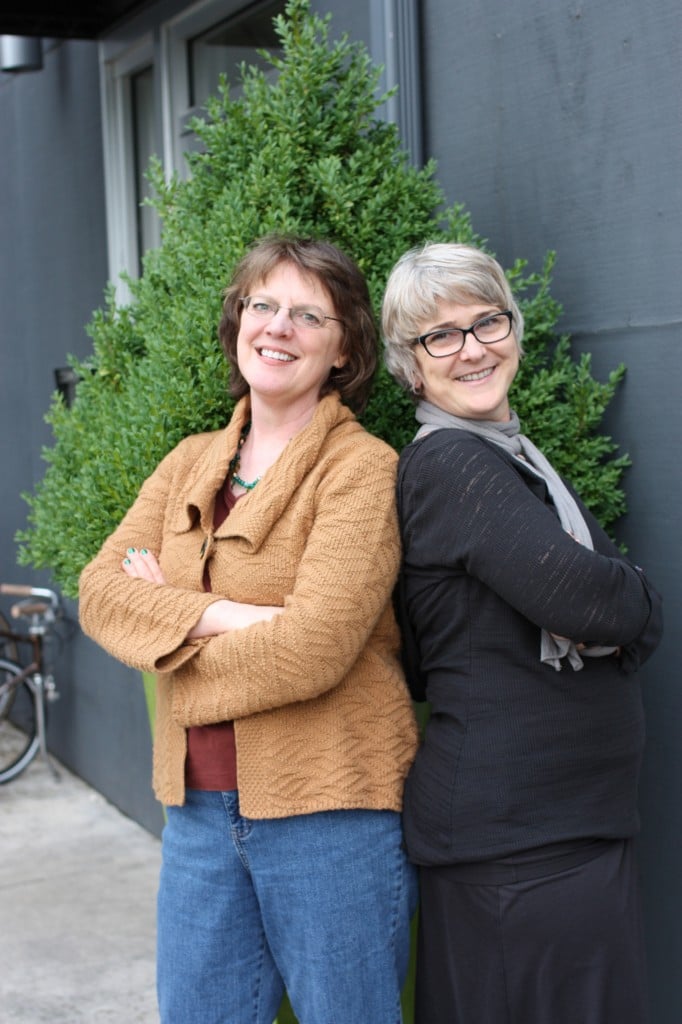 We started with the beet tartare, which was served over a layer of light, creamy cashew cheese. So good–and perfect atop the vegan baguette it was served with. 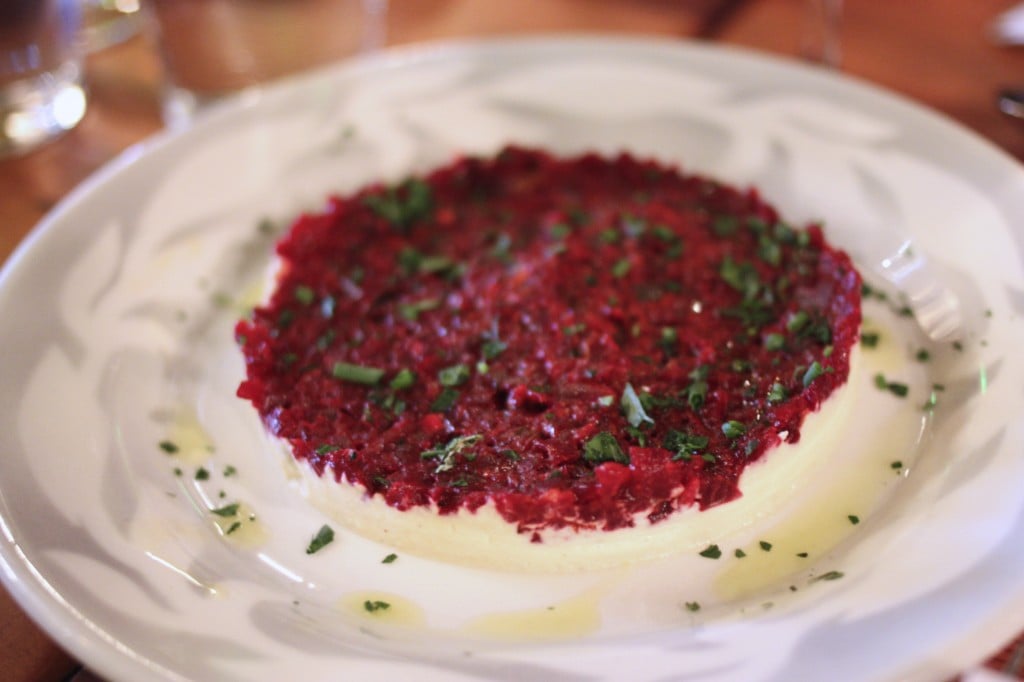 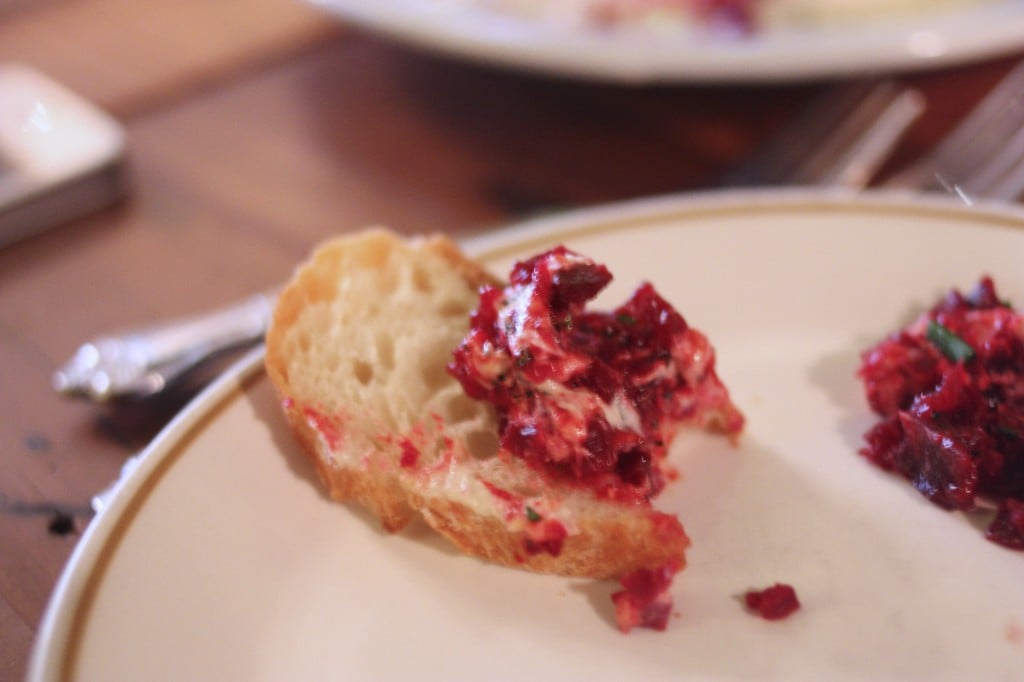 Next, we split an order of vegan pizza with thinly sliced potatoes, crispy, sweet onions, and more cashew cheese. The crust was perfectly crispy on the outside, hot and chewy on the inside. It was absolutely dreamy. 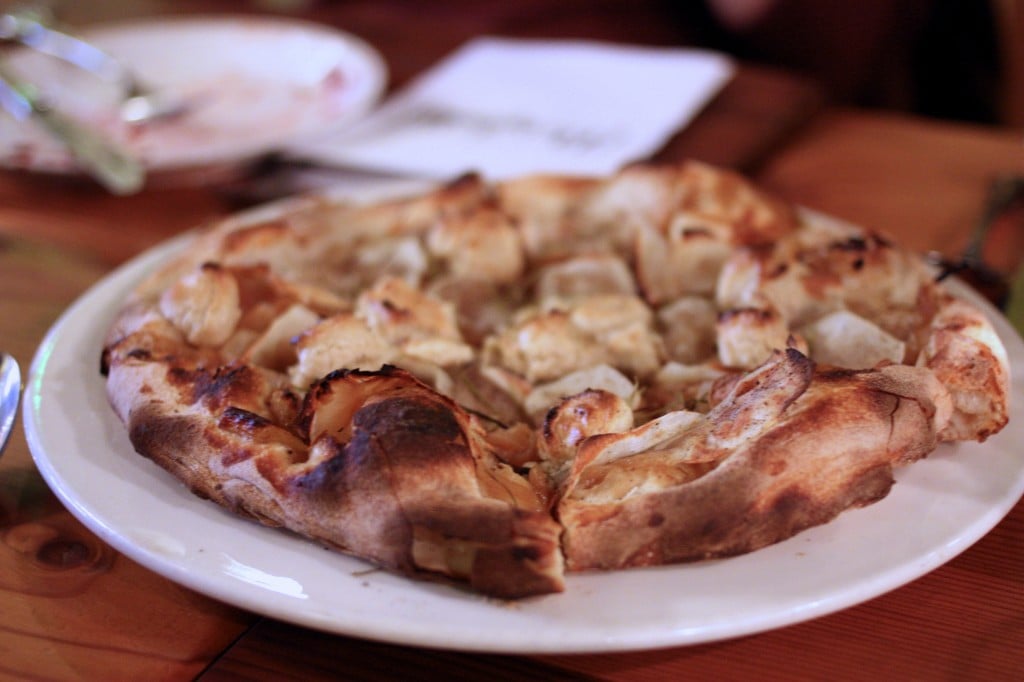 For my entree, I ordered Portobello’s cauliflower steak, which was drizzled with red and green chimichurri sauce and served with roasted fennel (one of my faves) and a delicious chickpea cake. Absolutely terrific, all of it. 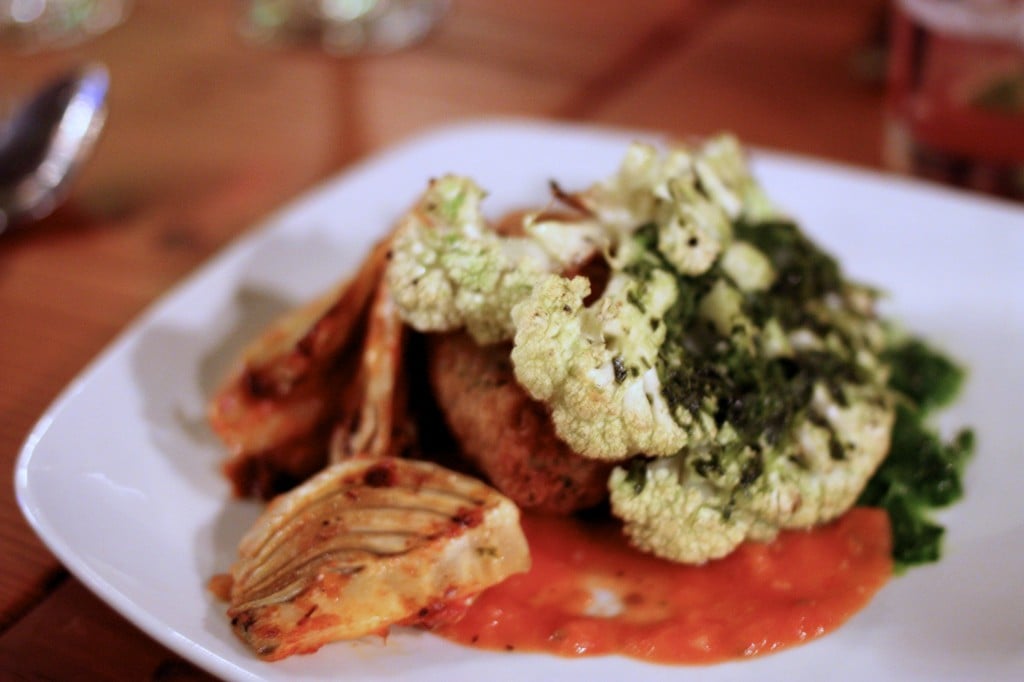 Finally, we decided to get two desserts. We were stuffed, but agreed that it’s not worth missing a bite to sample dessert at a restaurant so good as this one. We had the ice cream sundae and the strawberry rhubarb tart. I was partial to the tart–perfectly fresh, sweet, and delicate. 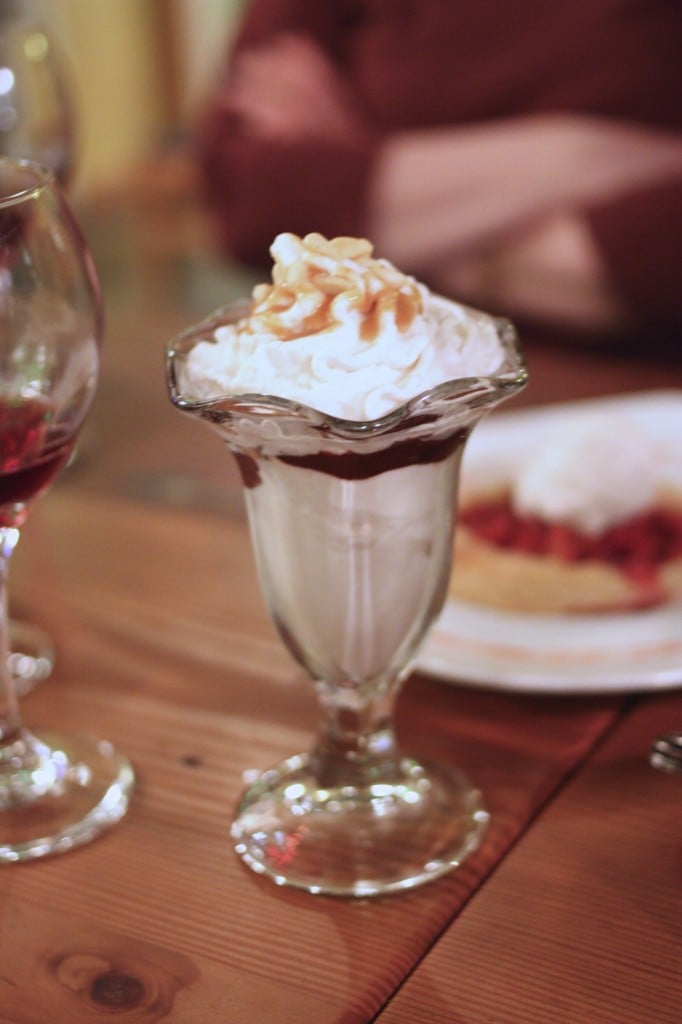 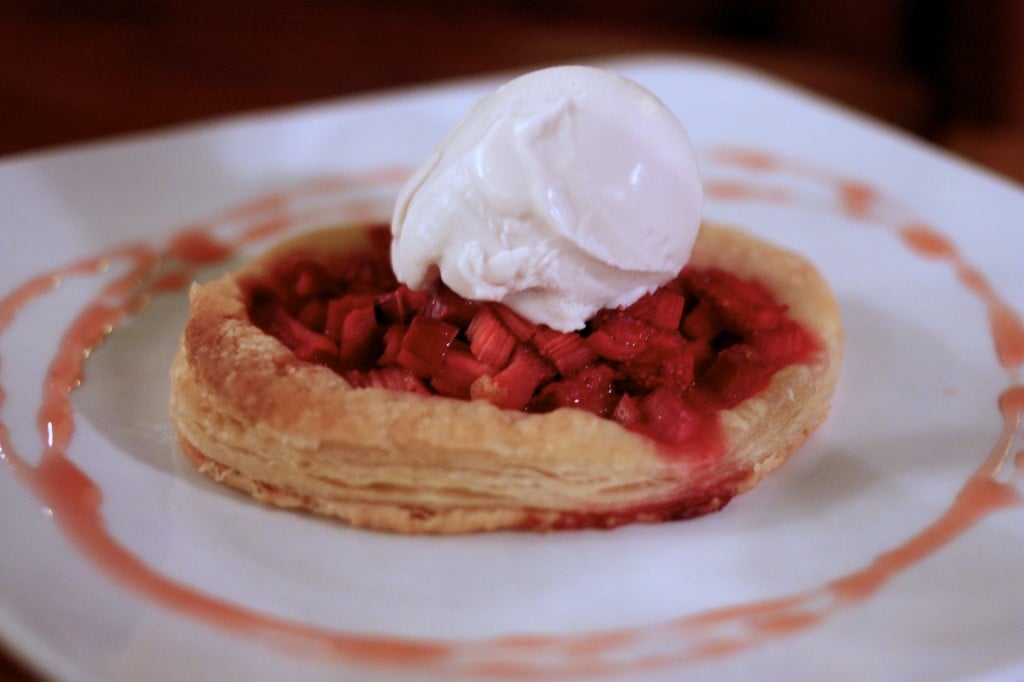 One of the things I love most about Portobello is that it has a dedicated mocktail list. I got the “Ginger Rawgers,” which I was told resembled a Shirley Temple. Reminiscent of middle school or not, it hit the spot. 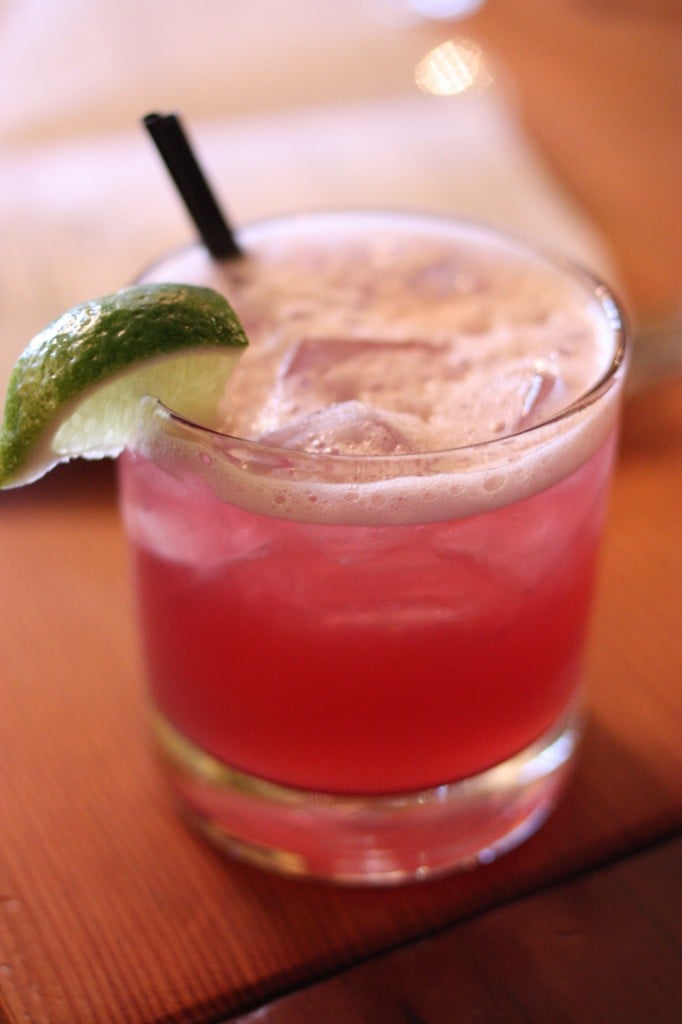 Such a great meal, in the company of friends whom I adore and admire. I’m lucky to have experienced this restaurant again.

With that, day two of VVC drew to a close. Saturday brought more panels, more greeting of friends, and more good food. But that is a story for my next recap!

Have a wonderful weekend, everyone.