Happy Sunday, everyone. I’m settling back into the swing of things after a little departure this week: a couple days upstate, at my best friend’s family home.

Those of you who have been reading the blog for a while know that my oldest and closest friend, Chloe, lives in New Orleans, but we grew up together here in New York. Her family home, two hours north of the city, has always held special meaning for me. It was a place I went to often when I was growing up, sometimes in order to escape difficulties at home. It was a refuge, a place to experience the rhythms of nature that seemed so far away in my day-to-day life.

Year after year, Chloe and I (and many of our friends) would make the trip upstate. No matter what had happened since our last visit—and since we were adolescents, there was always plenty of drama to speak of—we had those rooms, that porch, and that landscape to return to. Having grown up in a small apartment, I had only a hazy understanding of what property could represent. Being in that house, however intermittently, made me understand why it is that the idea of home as a physical space—a set of walls, brick and mortar—is so universally cherished.

I grew up, went to college, and have spent most of the years since the same place. My experience of my own home, my mom’s apartment, has been pretty continuous. Of course being there feels different now, in my mid-thirties, than it did in my twenties or teens. But I’ve been around to witness whatever gradual changes have occurred. “Going home,” such as it is, rarely seems to pull back the curtain on the passage of time.

Being at Chloe’s home this week, on the other hand, did invite me to think about time, and change. There have been physical changes to the house and property. It’s been a while since I’ve seen Chloe’s parents, so there was plenty of family news to catch up on. I’m in a very different place than I was during my last visit, and it felt poignant to think about what’s been gained and lost. Last of all, and perhaps most significantly, Chloe is now a mother, so the visits we used to make on our own have expanded to include her daughter, my goddaughter.

For the first day or so I felt the weight of all that change heavily. I found myself experiencing nostalgia for how things used to be, for the time when everything seemed to lie ahead of us and so much had yet to be figured out. Our lives are more settled now—Chloe’s more than mine, but mine too, in its own way—and of course there are heavier responsibilities and concerns these days than there were back then.

As the time went by, though, I found myself settling back into the familiar: the rhythms of making dinner as a family, driving into town to see what’s on the shelves at the local bookstore, sitting on the porch, taking walks. It’s the same wooded landscape, the same set of sights and sounds. Local wildlife produces the same early morning and late evening noises. Many of the meals we’ve always made up there, from cracked wheat and oats in the morning to simple dinners of local veggies at night, remain unchanged.

Those continuities felt so comforting. They were a reminder that life is always changing—often more quickly than we’d like—but there are are small, everyday experiences that carry over from year to year. I experienced a lot of internal change last spring, as I came to term with some personal demons and tackled depression for the first time in a while. This spring I find myself confronting more literal upheavals. In the midst of all this, I’m grateful for the things that feel enduring, including that home, that piece of land, and that friendship.

This is the season of rebirth. This year, I’m thinking about spring not only as a new beginning, but also as a process of coming home, to the things that have been with me all along.

Speaking of spring, this week’s roundup features some seasonal, springtime recipes—as well as a few rich and interesting pieces of medical reporting. Enjoy. 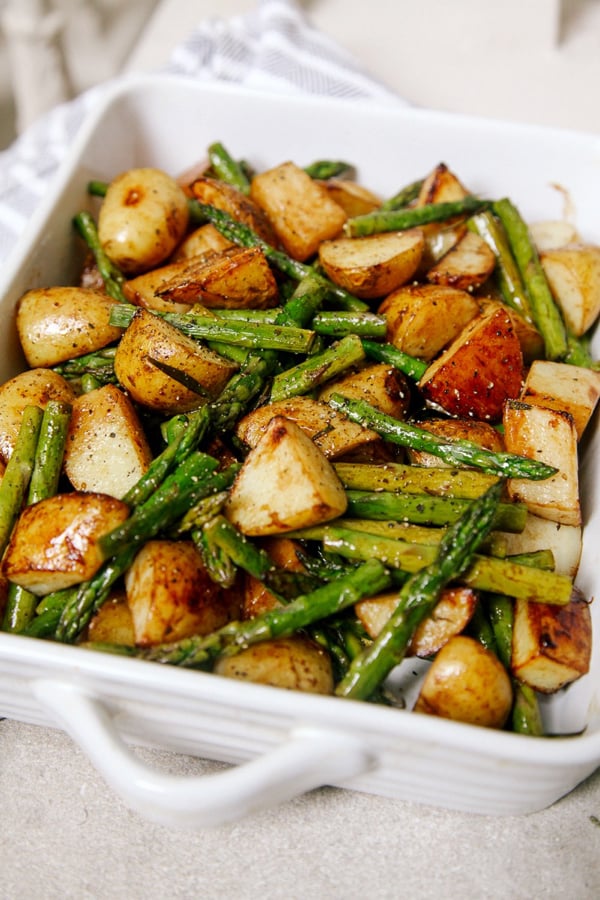 A simple, healthy side dish for all of your spring dinners. This recipe for balsamic roasted new potatoes and asparagus is from the lovely Aimee, and it’s an easy go-to for serving with grains or whatever vegan protein you’ve got on the menu. 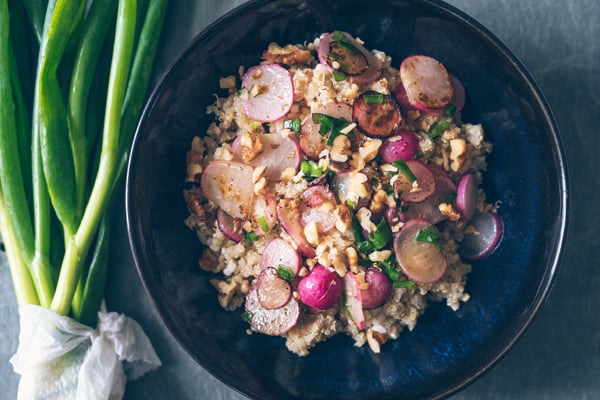 I’ve learned not to make big declarations about vegetables I do and don’t like, because my tastes expand pretty regularly. Lately I’m enjoying radishes in every which way, having once upon a time declared them way to bitter for me. But what changed my mind was roasting them—either in the oven or in a pan–and I’m still really partial to cooking them when I have the time. I’m loving Grace’s simple recipe for sautéed radishes and scallions with quinoa. 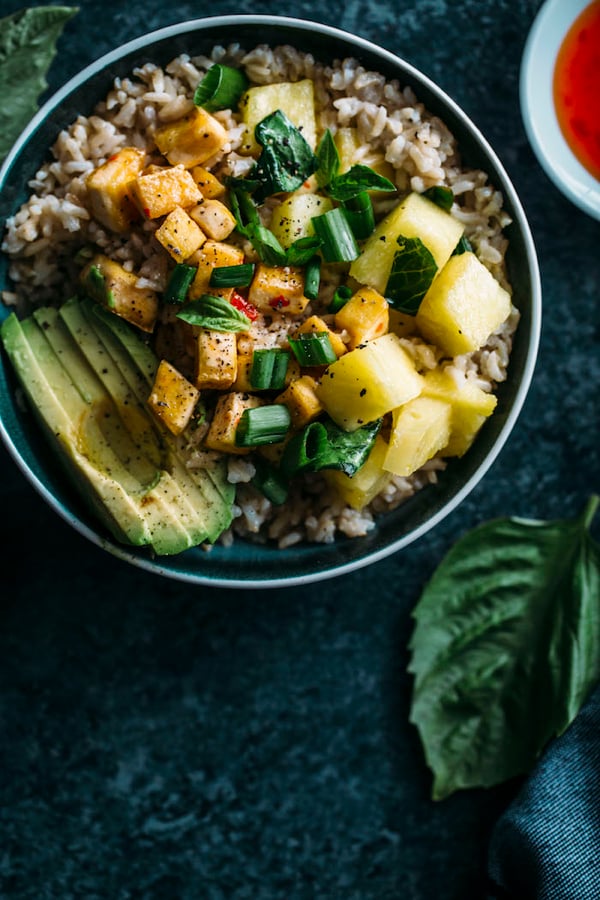 Nothing beats a great bowl meal, and Erin’s pineapple, tofu, and coconut rice bowl is one of the more vibrant and filling ones I’ve seen in a while. I’ve got some pineapple at home, so I’m excited to try this. 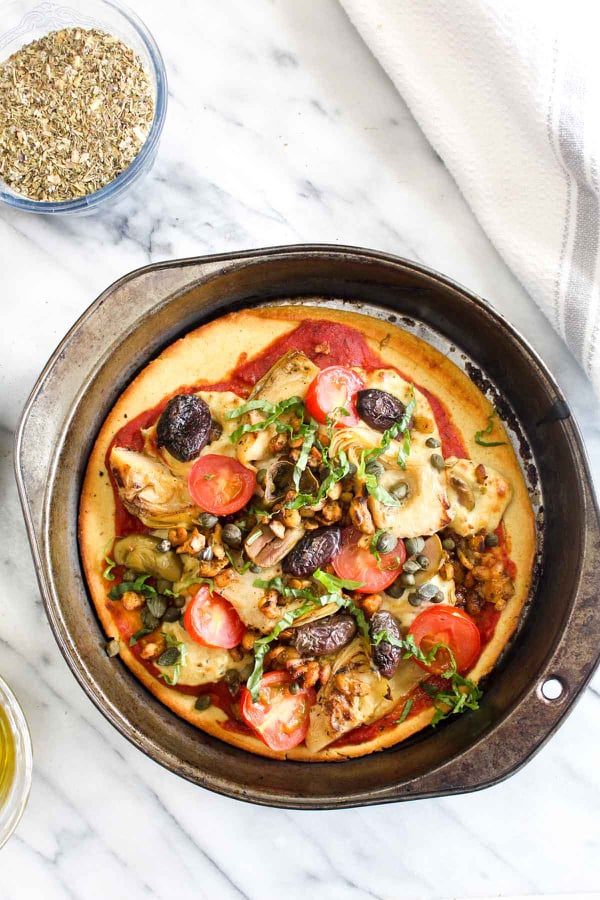 Laurel’s vegan antipasti pizza features a lot of the ingredients you might find on an antipasti menu or platter: capers, olives, artichokes, and tomatoes. And they’re all piled high on an easy, gluten free socca crust. Yum. 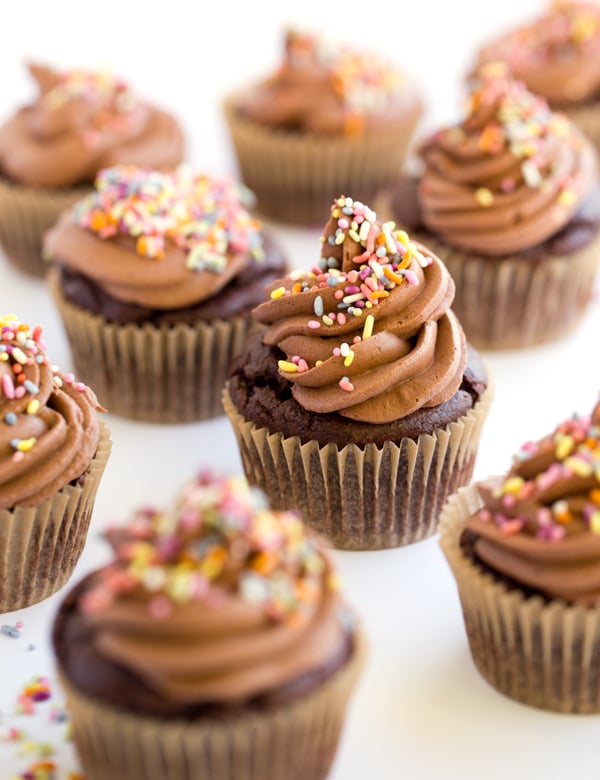 For dessert, I’ve been smiling from ear to ear each time I so much as look at Kathy’s adorable double chocolate cupcakes with their perfectly piped frosting and colorful sprinkles. So festive and pretty!

1. An interesting story about how entomologists all over the country have been increasingly pushed into unintended roles as therapists and physicians, thanks to the prevalence—which may or may not be on the rise—of what’s known as delusional parasitosis, or DP (also sometimes called Ekbom syndrome). It’s a kind of delusional disorder, characterized by the belief that one is being attacked by bugs or parasites, even when there’s no evidence of an infestation.

The article profiles Gale Ridge, an entomologist in Connecticut who finds herself increasingly called upon to try to help those who are suffering from the telltale symptoms of DP. I was struck by Ridge’s empathy, not only for her patients, but also for the insects she studies.

2. One of the factors that makes diseases like Type II diabetes so difficult and expensive to treat is that they’re often conjoined with other longterm health conditions, like atherosclerosis. This article profiles a team of doctors that is trying to implement an unconventional, yet potentially cost-effective means of offering multi-pronged care for those with comorbidity.

3. The internet has made it possible for patients and their families to take a far more proactive, informed approach to health care than was ever possible before. MIT Tech Review profiles the stories of parents who are pushing for rapid advances in gene therapy as a potential cure for rare diseases. Their efforts are organized and bold, including advocacy groups, research funding, and even the founding of biotech companies.

4. One of my classmates recently mentioned having come across research suggesting that the lungs may play a role in hematopoiesis, or the creation of red blood cells. The research is early, and so far it’s been unfortunately conducted on mice, so implications for the human body are unclear. The suggestion, thought, is that blood stem cells in the lungs can restore bone marrow, which could have huge implications for treatment of thrombocytopenia and other blood disorders.

5. Finally, I was fascinated to read about a new series from artist Patricia Smith, who is known for creative mapping among other works. According to this article in Daily Serving, the Incidents series

…concretizes the ephemeral. Inverting the Situationists’ concept of psychogeography, in which the experience of a place affects a person’s psychological state or behavior, Smith’s maps reinterpret spaces with reference to specific events or feelings. The Incidents series refers to particular moments in time and space. Like any attempt at describing sensation or memory, the results shift and undulate, making room for both geographic fact and chimeric phenomenological experience. In folding together things that can be known by other people (such as actual locations) and things that cannot (another person’s experiences), Smith’s work challenges the function of maps as reference points for reality and suggests that affective and objective experiences are not so distinct after all.

The maps that result are so unique (you can see numerous examples in the article), and I was also interested in the interplay between Smith’s titles and her accompanying imagery.

Happy gazing and reading, everyone. I’ve got a vibrant, hearty new sandwich recipe for spring coming up this week, and I’m excited to share it with you!