Happy Monday! Yesterday was Greek Easter, so I was busy making/eating tsoureki and avgolemono, spending time with my mom, reflecting on what I have to be grateful for.

The thing I’m most grateful for this week is the fact that I was reunited with my yoga community on Friday.

In-person yoga is one of the things I’ve missed most in these pandemic times. I’ve done my best to stay connected to my community. My teachers went to remarkable lengths to keep us together online, and I was so touched by their efforts. We had some special moments this year, including our 108 sun salutations for the fall equinox and the chance to practice with David Swenson this winter.

Much as I’ve tried to stay connected, though, Zoom yoga hasn’t been easy for me. Part of what I love about yoga is having a sacred, physical space to go. It’s the shared energy, which translates a little, but isn’t the same, online.

For those of us who live alone, communal spaces, including yoga studios, houses of worship, and workplaces, are a vital part of connection. I love communal spaces, and I even like crowds—it’s part of why I like living in a big city like New York—and having so little access to them was a real loss this year.

None of us can fully grasp, at least not yet, what it took to survive the past year. I’m one of many people who suppressed a lot of the panic and loneliness I felt in order to get through quarantine. Now that it’s ending, I’m starting to feel everything I wasn’t ready or able to feel earlier this year.

Friday morning was a perfect illustration of this. It was my first time attending a led primary in over a year. Our classes will be small for a while, but the thought of gathering together in a studio was surreal. I was buzzy and excited when I walked over to our new space. But I wasn’t prepared for the tears that started streaming down my cheeks when I saw one of my yoga friends on the street and gave her a hug.

By the time I got upstairs to the studio, the tears were coming in strange, erratic bursts. Each time I saw the face of someone I hadn’t seen in over a year, I’d start crying again. I led the ashtanga opening mantra with my teacher, and I recorded a little video of it so that I’d always remember the day. When I replayed it later on, I was struck by how many times my voice cracked with emotion.

In spite of practicing inconsistently lately, I can’t remember the last time I felt so present or strong in my practice as I was on Friday. It was an extension of the love running through me, the sensation of homecoming, the letting go of everything I’d been stuffing down.

Last Tuesday, only four days earlier, was one of the hardest mental health days I’d had in over a year. The pain was amplified by my fear of another depression cycle starting, just when I’d gotten some distance.

I didn’t really know what to do that day. But something in me was wise enough to forgo my usual coping mechanism (lying on the sofa with a blanket, drowning out my feelings with TV) and do primary series instead.

One of my first ashtanga teachers said that ashtanga yoga gives you a set of answers and asks you to formulate your own questions. I’ve found this to be true, and it’s part of what makes the practice so powerful for me.

I see a lot of parallels between ashtanga yoga and baking; both begin with a formula and a set of techniques. This might seem at first to be a constraint, but actually, working one’s way through the respective methodologies can be incredibly freeing, a journey of self-discovery that’s even more powerful because it’s in relation to something time-honored and shared.

Maybe that’s why I turned to my practice on Tuesday, when a sensation of hopelessness hit me for the first time in a while. My wise self knew that I’d find comfort in the familiar sequence of breath and movement, and I did. It was enough to change the landscape of the day, to remind me of my own strength and ability to keep going.

It was enough. But on Friday, when I experienced the same postures in a room with others who were doing their own work, feeling their own feelings, showing up with their own stuff, it became so much more. For ninety minutes, it was transcendent.

We have what we need to take care of ourselves. But it’s really beautiful to do that in company, to allow shared energy to be part of the healing. It’s good to be back in my shala.

Happy Monday, everyone. Here are some recipes and reads. 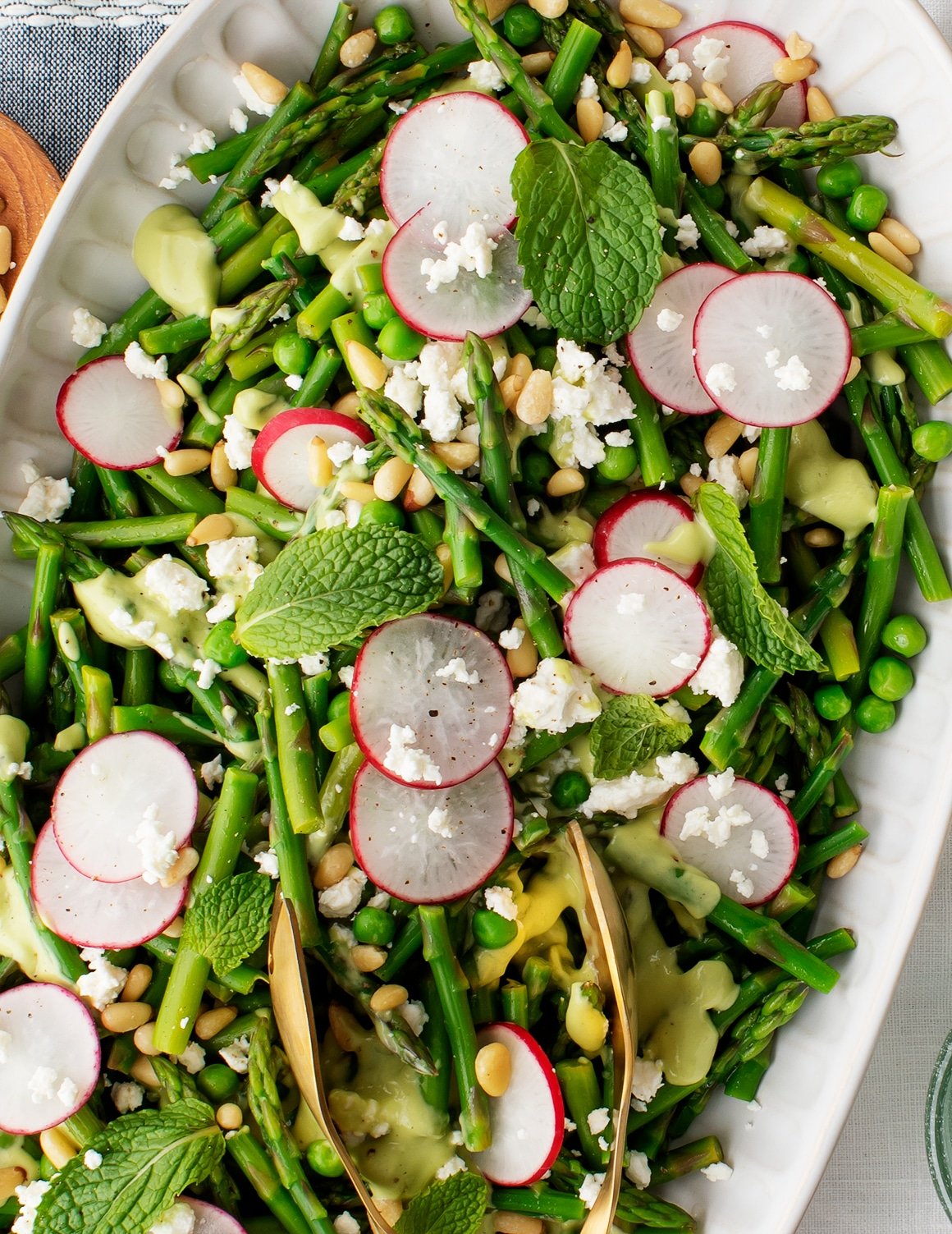 Asparagus salad for spring! Use vegan feta to make it entirely plant-based. 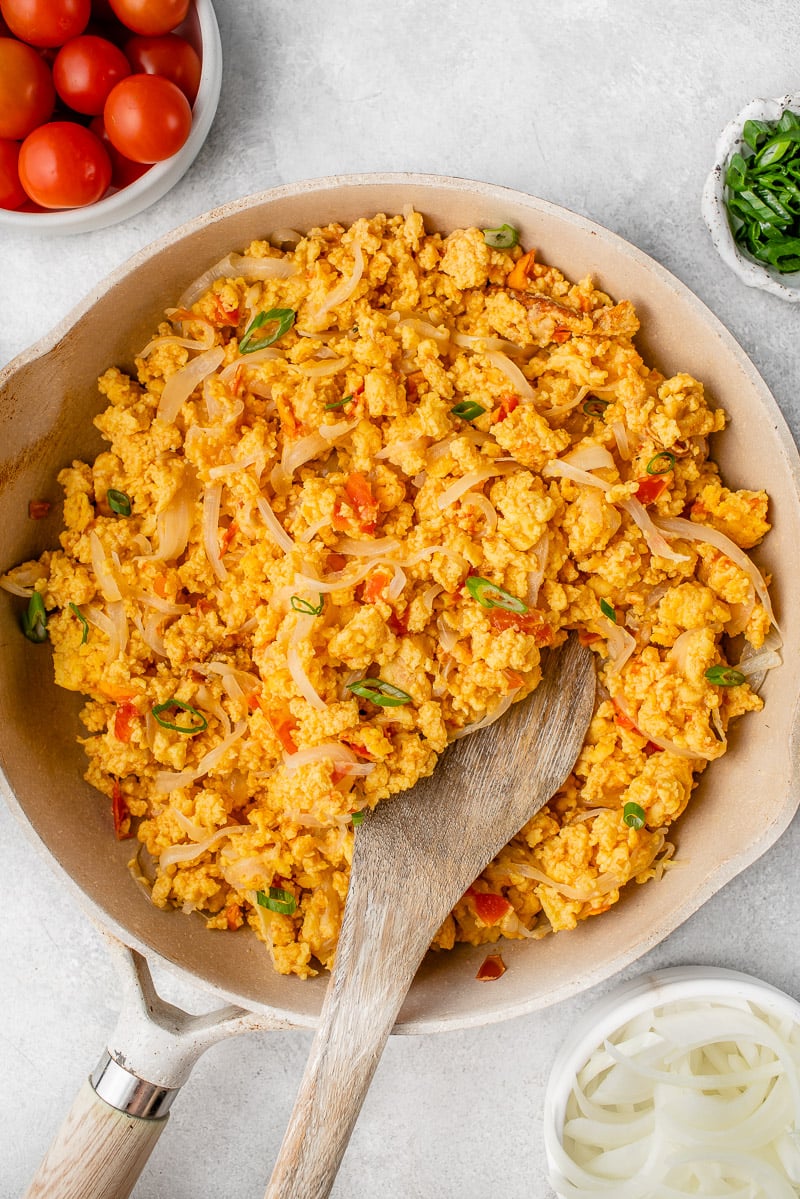 Excited to try a new kind of vegan scramble at home. 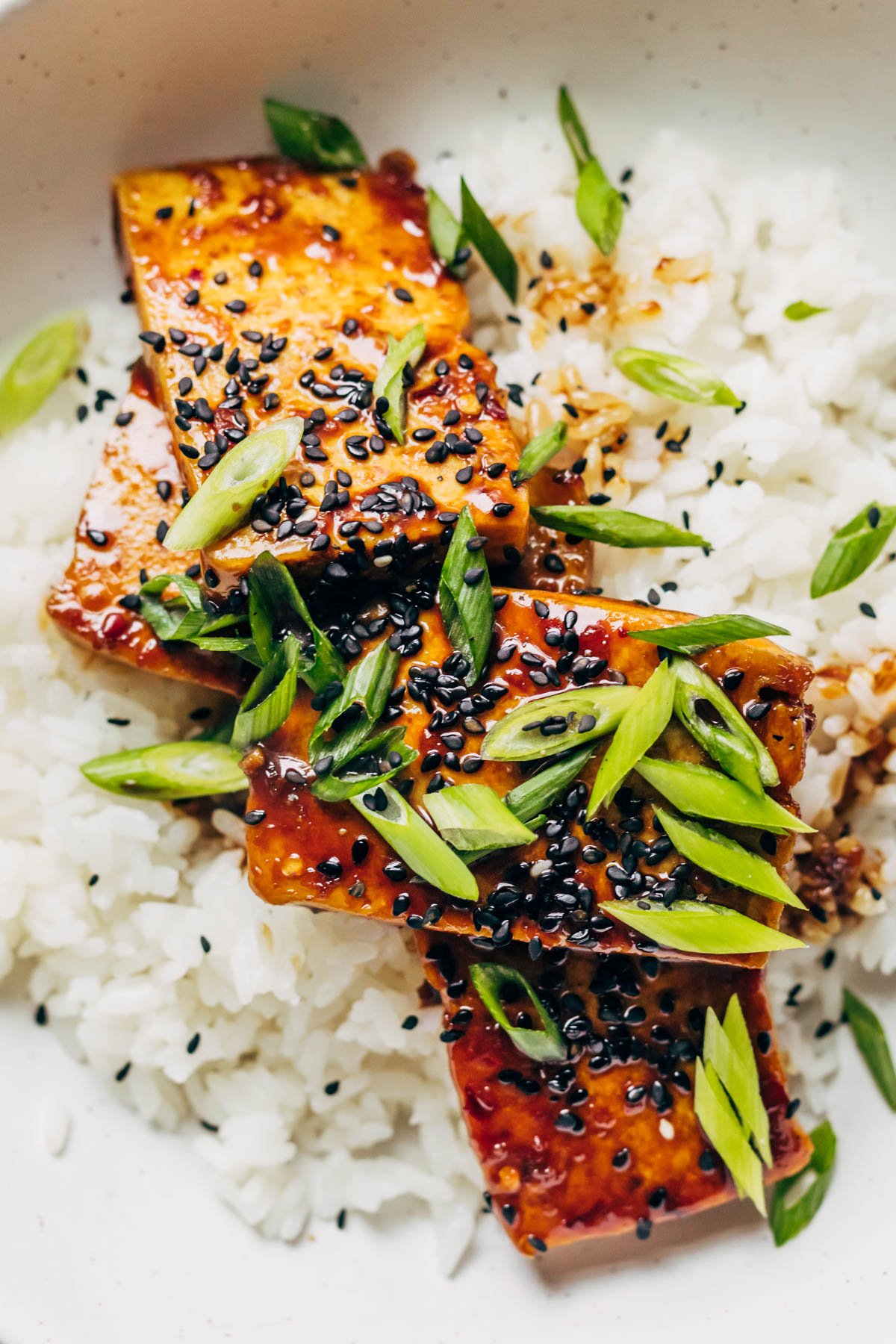 Been working on a teriyaki tofu recipe of my own, but for now, Sophie’s version looks amazing. 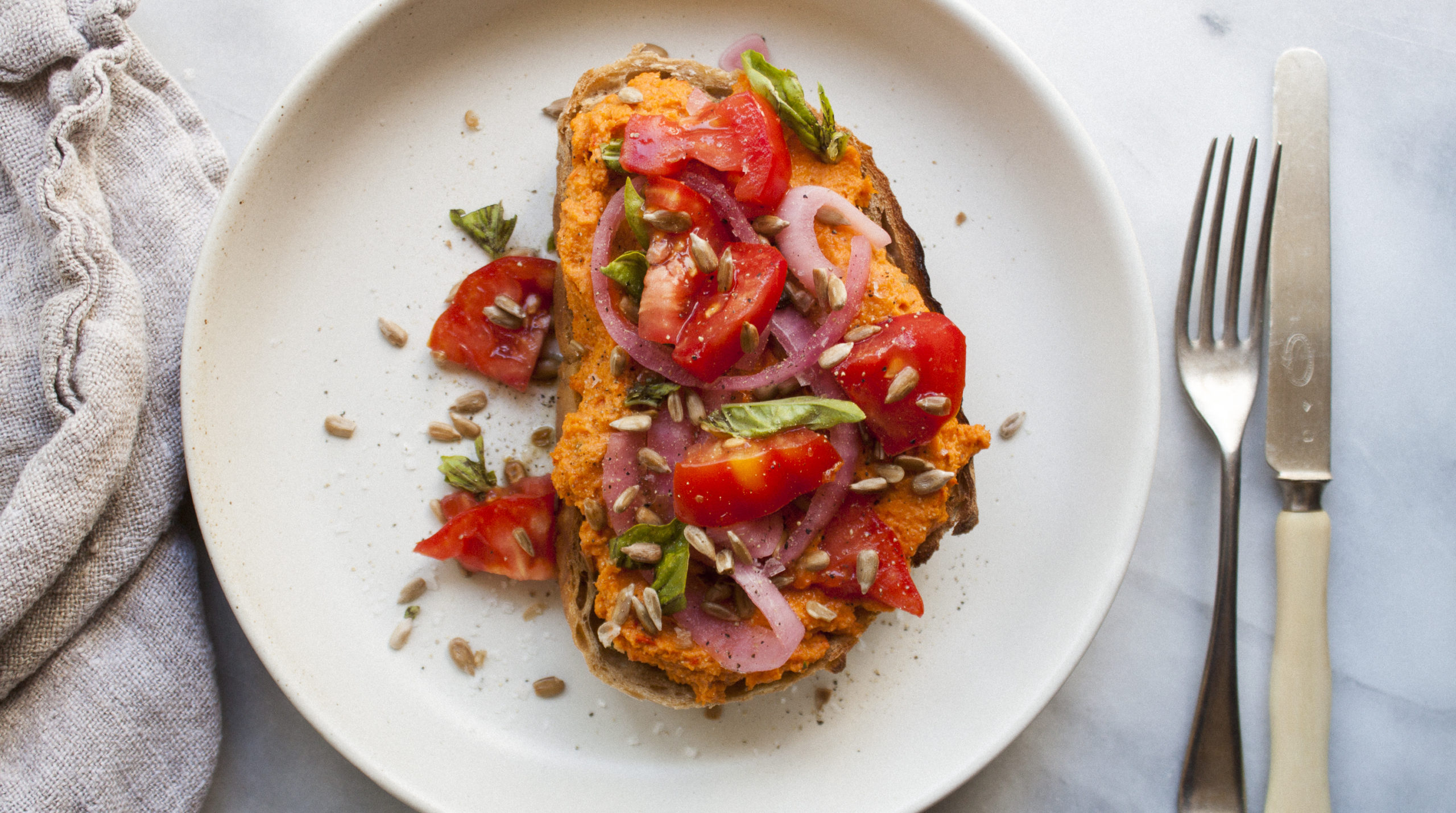 It’s time to make a generous batch of Shira’s seedy roasted veggie spread for all of the spring toasts. 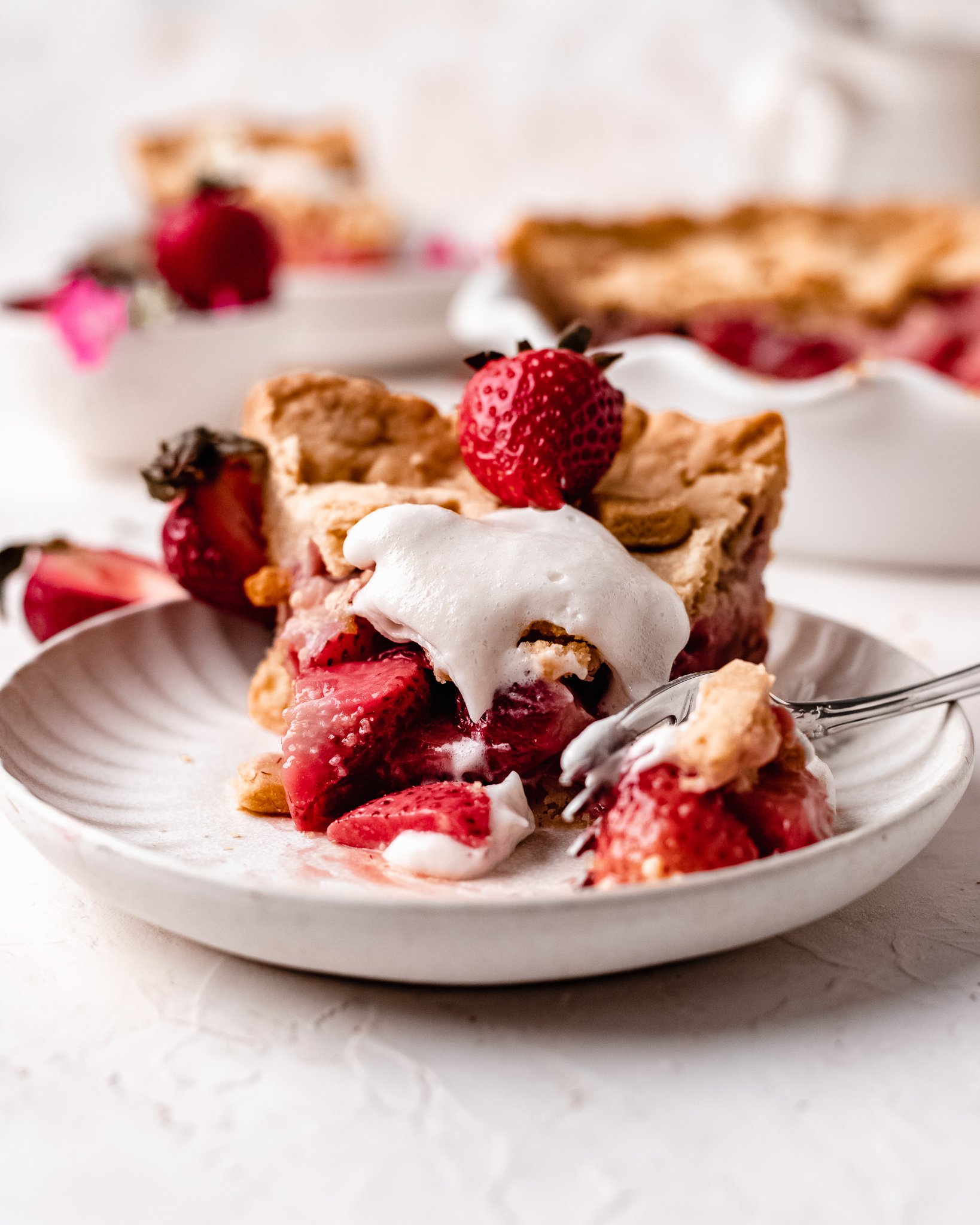 1. One of New York City’s most renowned restaurants is re-opening, and it’ll be plant-based from now on! A sign of exciting shifts in the fine dining world.

2. Geloy Concepcion asked strangers about things they’d wanted to say but didn’t. Their responses, and the way Concepcion has shared them, are vulnerable and beautiful.

3. As someone who’s amazingly responsive to the placebo effect, I was interested to read about why it works for some, but not for others.

4. Via the New York Times Magazine, a thought-provoking look at research into lifespan extension and its implications for the planet.

5. Finally, Arundhati Roy on the coronavirus catastrophe in India. This Google doc contains a list of mutual aid resources that are in need of support and donations.

Have a great start to the week. Till soon,

I saw a quotation on Jamie Varon’s Instagram recently that stopped me in my tracks. Varon wrote, It’s almost 2021. And you’re going to feel the pressure to evaluate 2020 by the way your body looks, the amount in your bank account, how much you got done or did not get done. And how about this idea? Don’t. Don’t evaluate it. Don’t look back and wish you’d done it differently. What an idea. I keep reading or hearing about the unexpected ways in…