Happy Sunday, and thank you all so much for the great responses to Thursday’s post about “bad body days” (or “BBDs,” as a friend of mine has recently dubbed them). I’m glad that post struck a comforting chord. Here are the recipes and the reads that have caught my eye this morning. 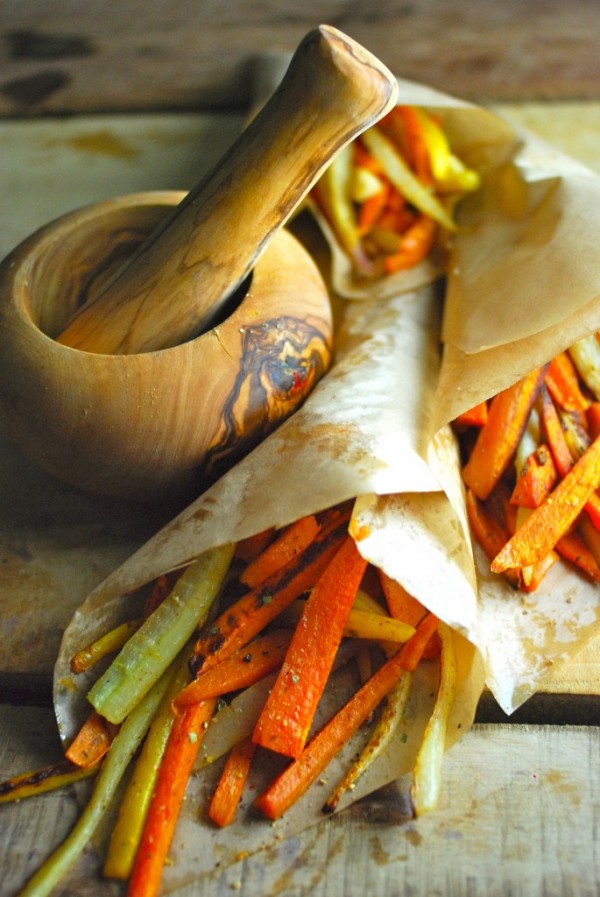 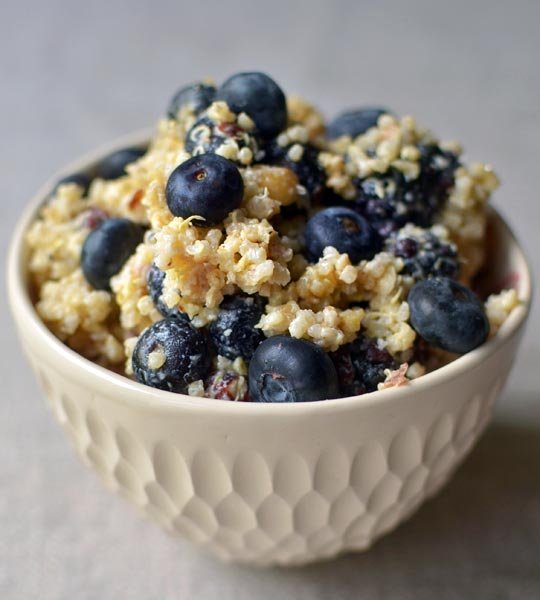 I love the idea of a “breakfast grain salad,” and this recipe from the Kitchn (grain salad with blueberries, hazelnuts, and lemon) has certainly inspired me to try something similar. Yum. 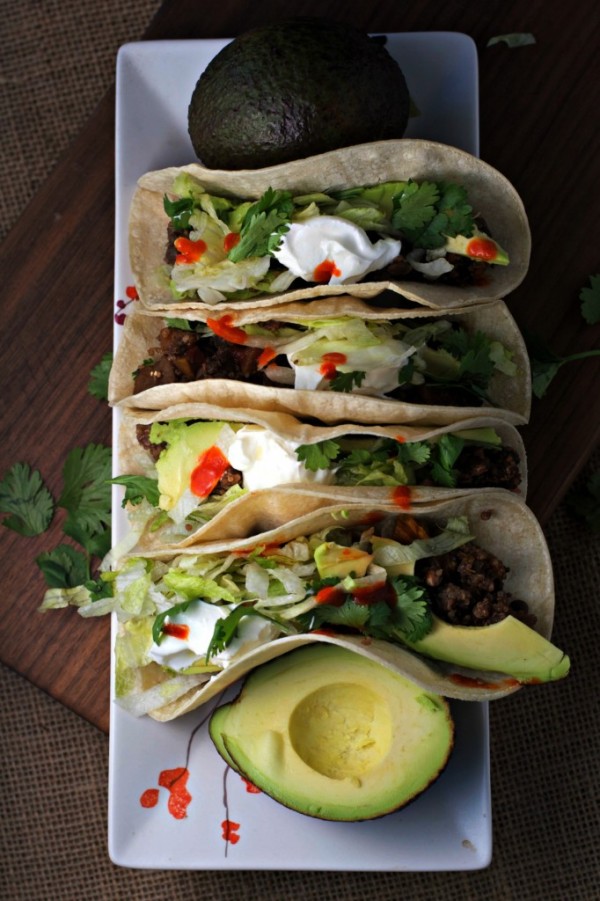 I don’t have a crock pot, but I think I might make these awesome lentil and quinoa tacos from Begin with Nutrition anyway. 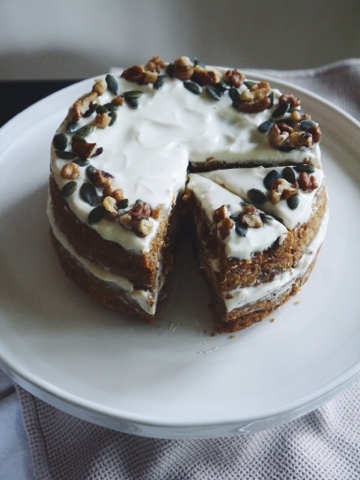 This wholesome carrot cake from Annie’s Hungry is, as promised, wholesome, but it also looks absolutely delicious. And it’s beautiful, too! 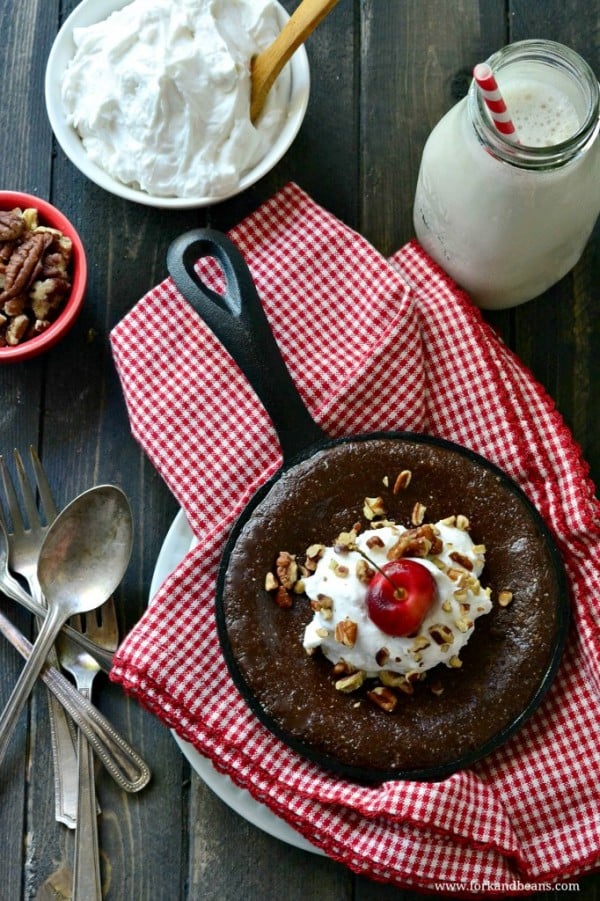 Finally, it’s taking all my willpower not to lick my computer screen, thanks to the awesomeness that is Cara’s raw, vegan skillet brownies. Holy moly.

1. A few weeks ago, I linked to Justin Van Kleeck’s wonderful essay on Our Hen House about starting a “microsanctuary” for animals in one’s own backyard. I was struck by Justin’s passion, but also impressed with his capacity to be honest and self-effacing about the challenges of taking on animal care at home.

Justin brings that same candor and depth of feeling to this wonderful post about his journey to veganism, which just so happens to be a green recovery story if ever I’ve seen one. Justin sustained a 135 pound weight loss in high school, and he became seriously anorexic. The blog post describes his harrowing recovery, which included hospitalization and extensive counseling, and then it details his remarkable recovery, which was aided profoundly by the switch to a vegan diet. He writes,

“My veganism was (and is) fully informed by a recognition that I am not the center of things, but only one small part. Veganism helped me to have something important to work on and be a part of through advocacy and activism. It was also crucial that I met another vegan who became my partner (and my wife), and that the two of us have undertaken so many projects on behalf of animals—be it caring for our big family of rescues, starting a sanctuary and education organization for farmed animals, or organizing events and classes to promote a vegan lifestyle. I have, finally, been able to focus on vastly more important things than myself and my neuroses by dedicating myself to an active, engaged life as a vegan.”

In veganism, Justin has found a sense of purpose as an activist and a humble recognition that he’s part of a broad, interconnected web of living beings, each of whom deserves respect and consideration. It is precisely what I found in veganism, and I believe that it’s responsible for my sustained recovery. Thanks for writing this essay, Justin; maybe you’ll contribute something similar to Green Recovery one day!

2. Ever wonder which fruits and veggies can be eaten with the skin on? The Awl has answers.

3. Remember when I linked to Pacific Standard Magazine’s profile of Trouble coffee shop in San Fran, it’s fabled artisanal toast, and it’s owner, Giulietta Carrelli? Carrelli suffers from schizoaffective disorder, and the article is a wonderful, inspiring, and heartwarming story of how her coffee shop has helped to create safety and community in her life (and the lives of those she meets). This American Life picked the story up, and I thought you guys might want to see their coverage of it. Still inspiring. Still heartwarming. Also: toast.

4. Four days ago, PBS gave some extensive coverage to the debate around golden rice in the Philippines. To sum things up, golden rice is a GMO crop that has been engineered to contain Vitamin A. Vitamin A deficiency is a silent and pernicious killer of malnourished children and pregnant mothers in third world countries, where the sources of Vitamin A so abundant for so many of us — leafy greens and green vegetables — aren’t available. While I have no doubt that other solutions are possible, golden rice strikes me as one innovative and immediate approach to remedying the deficiency. I’ve heard remarkable pro- and anti-GMO arguments, and while I remain torn about my feelings (namely, dubious about the environmental impact of GMOs and intent on seeing more research done, as they are a novel protein, but also hopeful about their potential uses and unconvinced thus far that they are harmful to health), this is the sort of application that makes sense to me. PBS mentioned that a number of the fields have been uprooted or destroyed by anti-GMO activists. It’ll be interesting to see how this plays out.

5. I certainly don’t have to convince any of my readers that unconventional hummus is awesome. We’ve all chatted about the awesomeness of zucchini hummus, sweet potato hummus, hemp hummus, and even beet hummus! But I was psyched to see that the Wall Street Journal did a little piece on “radical hummus” this week, including an awesome almond variety, a squash variety, and a black-eyed pea variety (which I want to try).

Speaking of hummus, did you catch my roasted carrot hummus this week? It’s awesome.

I hope you all had wonderful weekends. See you back here tomorrow.