The Whys and Hows of My Veganism 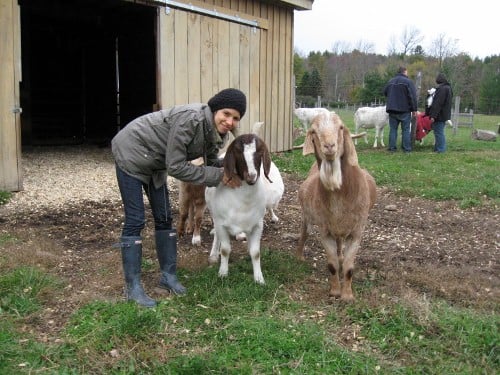 I have had a question since seeing you in VegNews. Do you feel that you identify more with the “healthy living” community or the vegan or raw community? I have to admit I assumed the former but then was sort of surprised to see you in VegNews because they come to veganism from more of the ethical sort of standpoint. I’d love to know your thoughts on it.

The evolution of my veganism is something I’ve touched on before, most notably in my Thanksliving post, wherein I spoke at length about how my veganism was morphing into a lifestyle, rather than a mere way of eating. I also touched on veganism and its impact on my habits as a consumer here. But it’s been a while since I talked at length about my motives for choosing a vegan lifestyle. So here’s the story:

I became a vegan mostly for health reasons. I was a longtime non-eater of red meat; I swore off the sirloin after a traumatic Bambi-watching experience in childhood. I ate fish and chicken frequently all through high school and college, but by the end of college my consumption was tapering off, and I was discovering tofu, soy cheese (which was, looking back, pretty icky–you can ask Chloe about how much she enjoyed my soy cheese while we were roommates after college graduation!), and grain/bean based meals.

At the same time as all of this, I struggled with a near crippling case of IBS, which had me incapacitated not infrequently during my college years. Finally, I saw a great GI in Manhattan who suggested I give up dairy to see how it affected my digestive health. The change was immediate and dramatic. At that point, I wasn’t eating much fish or poultry, I didn’t eat eggs (they’ve always given me migraines), and dairy was suddenly off the list, too. Translation: I was eating vegan by default. And since the prospect of embracing a vegan diet seemed not daunting, but rather like a logical extension of the tastes and habits I was already learning to love, I took the plunge. I’ve never looked back. 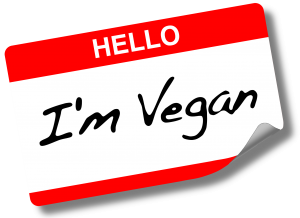 Since I started eating vegan, I’ve begun to live vegan, too. As I read more books about veganism, and as I surrounded myself more with men and women who were passionate about veganism not for its health benefits, but because of its ethical implications, I couldn’t help but discover that, for most vegans the world over, veganism is not only a way of eating. It’s a lifestyle choice and a world view that extends from food down to clothing, language, and ideological identification. I may not have begun my vegan journey with these things in mind, but they have been an absolutely crucial part of my veganism. Why? Simply put, because I find the ethical and environmental arguments highly compelling, especially in the world in which we live. I believe that the best and most efficient way for me to remedy the abuses of factory farming and the environmental destruction it causes is to cease my consumption of animal products altogether. And I’ve come to question the assumption that our use of animals for our own benefit is right.

This ideological shift has been gradual, and it’s still very much underway. Two years ago, I ate vegan, but still purchased new leather and used non-vegan cosmetics. Today, I buy only vegan personal care items, and I also only purchase vintage or thrift shop leather (yes, I am well aware that wearing any leather sets an example, and it’s not a vegan example; I’m still in the process of changing, and this is my intermediary step). This doesn’t mean that I don’t have many, many changes yet ahead of me. Just last week, I used the expression “killing two birds with one stone” on my blog, which Bitt quickly pointed out is a non-vegan idiom! And a few weeks ago, when I mentioned staycation with my Mom, I noted that she had requested we visit the Central Park zoo.

Um, newsflash Gena: vegans don’t do zoos! Or at least, most vegans don’t support zoos, rodeos, and circuses. It was reader Sara who pointed this out to me in an email. She asked, “you’ve written before about your vegan shoes, vegan skin-care products etc., so I would just love to hear your thoughts about other non-food aspects of veganism and where you draw your lines?”

The truth, Sara, is that I didn’t even think about the zoo remark when I wrote it. My mom used to love taking me, and since our staycation was self-consciously touched by nostalgia, it must have seemed like an obvious suggestion to her. Of course, had I taken a moment to sit down and think about it, I’d have realized immediately that zoos are incongruous with a vegan lifestyle. But my veganism is young, and there are many connections that I’m making. I don’t stress about them: I have a lifetime in which to figure out where I draw my lines. As far as zoos go, I can say honestly that they–along with horse drawn carriage rides and circuses–have always depressed me and made me sorry for the animals involved, so I’ve no problem whatsoever avoiding them. If I want to see and play with animals, I can visit a farm sanctuary. But I needed an “aha” moment to connect my experience and emotions with my ideological position, if that makes sense. I imagine that this process will be long and ever-evolving.

Does this change the fact that I connect my good health to veganism? No. But I don’t think that my lifelong commitment to veganism would be as strong if the philosophical component hadn’t crept in along the way. I do believe that veganism can be the world’s healthiest diet for many people. But I also believe that it is one of many ways to live healthily. I, for example, might easily have managed my IBS and felt better by eating high raw and mostly vegan, but with the occasional inclusion of fish or yogurt. I know many pescatarians or people who eat a mostly vegan diet who feel great. So for me, the impetus to be a vegan for the long haul, rather than as an experiment to manage a health complaint, has to come from some place that isn’t exclusively health-motivated. It has to come from a conviction that goes beyond my body and how I feel. I think that all motives for choosing vegansim are great–i.e,. I certainly don’t think that non-ethical vegans are “lesser” vegans. But I do wonder if perhaps their attachment to the lifestyle would be strengthened by an appreciation of all that veganism implies, rather than its dietary dictates alone.

There’s another piece of the puzzle that I haven’t mentioned yet, but it’s a tremendous part of why I feel strongly about veganism. If health and ethics are my first two sources of devotion to veganism, this is a crucial third: my psychology. As many of you know, I struggled with various shades of disordered eating for many years, starting at a young age. Even after I learned to eat more consistently, I battled constant temptations to restrict food, and indeed my weight dropped dangerously low more than a few times after what I’d call the “worst” period of my psychological struggle. Veganism offered me an escape from these cycles. There are many reasons why that’s true, but I’d say that, for someone like me, appreciation of food had to be accompanied by a sense that the food I was eating had deep nutritional and ethical purpose. I had to feel that it was good for me, yes, but also that it was good for the world. This was my answer to the guilt that had dominated my eating for so long.

To this day, veganism isn’t supported by most health care professionals as a means of overcoming disordered eating, and I understand why: it’s very easy for veganism to hide sublimated food fears and self-imposed dietary restrictions. I also think that many women who have struggled with eating disorders find that they can never again make certain foods “off limits” to themselves, and in this sense veganism isn’t right for them. But for me, it was the gateway into having the sort of joyous and appreciative relationship with food that I wish I’d had all along. It was my way of understanding that, when we eat, we can nourish ourselves and the world in which we live all at once. 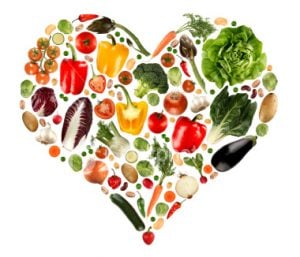 So you see, Bitt, my veganism comes from many different places. Health was the catalyst, if we want to call it that, and I still feel that veganism (as well as the very high portion of raw foods I eat) grants me energy and great health. But I wouldn’t say that health is my main motive at this point. It isn’t what makes veganism attractive to me as something I’m committed to for life. My feelings about its ethical and environmental implications, as well as the great changes it has wrought on my psyche, are what keep me hooked.

The other day, I was asked in an interview if vegans eat coffee. I laughed. “Well sure,” I said. “You have to understand that veganism isn’t about being a health freak. It is, first and foremost, a position of compassion.” Putting aside the fact that I don’t think coffee is a huge health no-no (Matt!), my point was this: veganism goes far beyond what is or isn’t on your plate. I don’t know if this response would have come to me so readily two years or even a year ago. But I said it almost without thinking. If there’s any clear sign of how much my veganism has evolved, this was it.

What about you all? For my vegan readers, what keeps you committed to a vegan diet and lifestyle? Do you identify more with one than the other? What are your reasons for exploring veganism, and sticking to it? And to my non-vegan readers, what are the motives you tend to attribute to vegans and their choices?